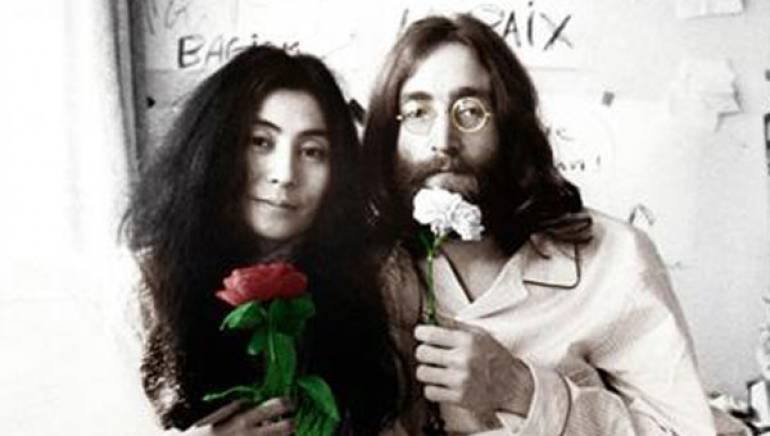 Released in December 1971, as Vietnam’s kaleidoscope of violence refracted the horrors of war around the world, the song delivers a softly sung and deeply moving message of hope, peace and humanity.

Over an acoustic guitar’s swaying and softly strummed suspended chords, Lennon addresses us directly, with compassion and candor.

“So this is Christmas, and what have you done? / Another year over and a new one just begun.”

Both timeless and timely, the song builds as Lennon is joined by the Harlem Community Choir, beautifully singing the slogan that Lennon and Yoko Ono had  posted on billboards in 11 cities around the world in late 1969.

It is a haunting and powerful contrast.

Lennon’s soft, legendary voice sings the sweet, simple, “A very merry Christmas and a happy New Year / Let’s hope it’s a good one / Without any fear,” while behind him the chorus sways joyfully in its mantra, declaring peace in the face of raging war.

The chorus repeats, joined by producer Phil Spector’s wall of sound strings. The choir sings, “War is over,” over and over. “War is over / If you want it / War is over / Now.” Again and again, and then the song ends—perfectly, with laughter.