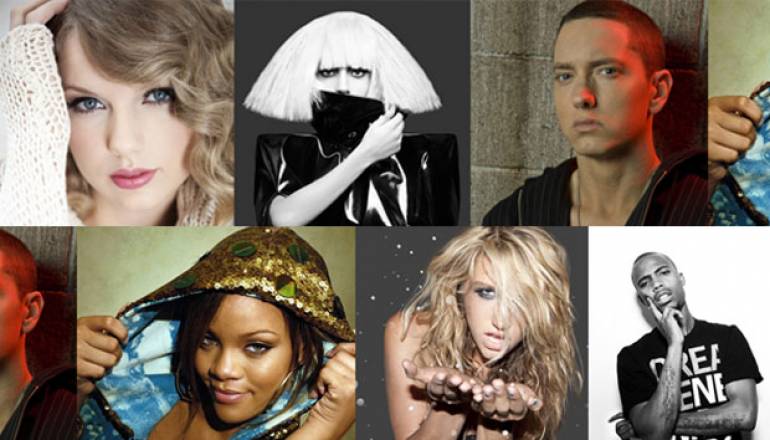 BMI songwriters dominated the 53rd Annual Grammy Awards, winning almost two-thirds of the awards that were handed out across all genres and categories. The Grammy wins cap an incredible year in which BMI songwriters and composers were the most celebrated creative voices in awards presentations and on the charts. When BMI opened its doors in 1939, the depth and diversity quickly amassed in the company’s repertoire redefined industry expectations, and it wasn’t long before the company’s catalog of industry-changing variety was parlayed into industry-dominating acclaim. Over 70 years later, the 2011 Grammy Awards celebrated the supremacy of BMI creators: With five wins, including Record and Song of the Year, crossover trio Lady Antebellum led the BMI charge. Lady Gaga capped off her culture-driving year with three big wins, as did neo-soulster John Legend, while Eminem, the Black Keys, and BeBe & CeCe Winans all took home two trophies.

In formats ranging from jazz, country, film and television music, urban, and blues, to pop, rock ‘n’ roll, and Latin, BMI’s brightest took home more of the industry’s highest honors than members of any other performing right organization.

BMI pioneers swept 100% of the 2010 slate of Rock and Roll Hall of Fame inductees: ABBA, Genesis, Jimmy Cliff, The Hollies and The Stooges officially entered rock’s hallowed hall on March 15. The pop culture pulse was also driven by BMI songwriters over the past year: More than 70% of MTV Music Awards went to BMI trendsetters in rock-, urban-, and pop-rooted spheres. Rolling Stone compiled a tongue-wagging list of the top 500 songs of all-time, and BMI songwriters made up more than 60% of the magazine’s multi-genre roll call.

BMI blues-slingers continued to cultivate and innovate one of America’s most cherished art forms. 85% of 2010 Blues Music Hall of Fame inductees are BMI journeymen: Lonnie Brooks, Charlie Musselwhite, Gus Cannon and Cannon’s Jug Stompers, and Amos Milburn. In May, more than 90% of the prestigious Blues Music Awards honored members of the BMI family. Legends B.B. King, Buddy Guy, Irma Thomas, Joe Louis Walker, Charlie Musselwhite, and others remained relevant and prolific, as younger voices including the Derek Trucks Band, Shemekia Copeland, Janiva Magness, and many more emerged to accept honors alongside their heroes.

The 2010 Billboard year-end charts also underscore the overwhelming dominance of BMI’s songwriters. Compiled each December and included in a special January issue, the charts reflect the past year’s best performing songs. BMI songwriters wrote or co-wrote 100% of the songs that made up the top ten slots of the Hot 100 Songs, Hot 100 Airplay, and Hot Digital Songs.

“Quite a few of this year’s industry awards went to young voices, many of whom joined BMI’s family of songwriters during the past 12 months,” says Phil Graham, BMI Senior Vice President, Writer/Publisher Relations. “B.o.B, Jason Derulo, The Band Perry, Chino y Nacho, Nicki Minaj, La Roux, and so many more chose BMI in 2010.

“It’s that balance of the familiar and the uncharted that ensures the BMI catalog’s long-term success,” Graham continues. “The wins speak to the quality of today’s creators and of BMI’s staff, who champion the creative community in a uniquely supportive role. Serving both the new crop and our established stars is more than exciting. It’s the core of BMI’s mission.”