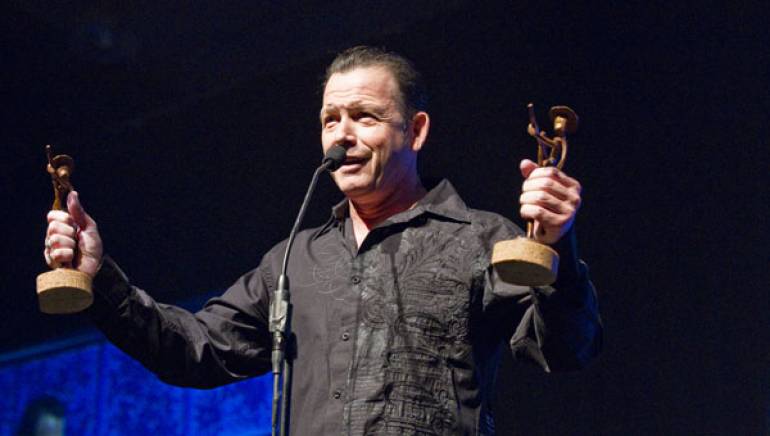 Tommy Castro enjoyed a big night at the 31st Blues Music Awards ceremony, held May 6 at the Cook Convention Center in Memphis. Castro walked away with wins in every category in which he was nominated: Contemporary Blues Album for Hard Believer, Contemporary Blues Male Artist, Band of the Year with the Tommy Castro Band, and the coveted B. B. King Entertainer of the Year crown.

Other BMI greats also collected trophies. Joe Louis Walker garnered Album of the Year for his Between a Rock and the Blues release, while Debbie Davies earned the Koko Taylor Award, formerly called the Traditional Blues Female Artist of the Year award. Song of the Year went to Mike Zito’s “Pearl River,” written by Zito and Cyril Neville, while Monkey Junk’s acclaimed Tiger in Your Tank earned Best New Artist Debut honors.

The legendary Buddy Guy was also celebrated, as the Blues Foundation presented the icon the Lifetime Achievement Award.

Album
Between a Rock and the Blues
Joe Louis Walker

B. B. King Entertainer
Tommy Castro