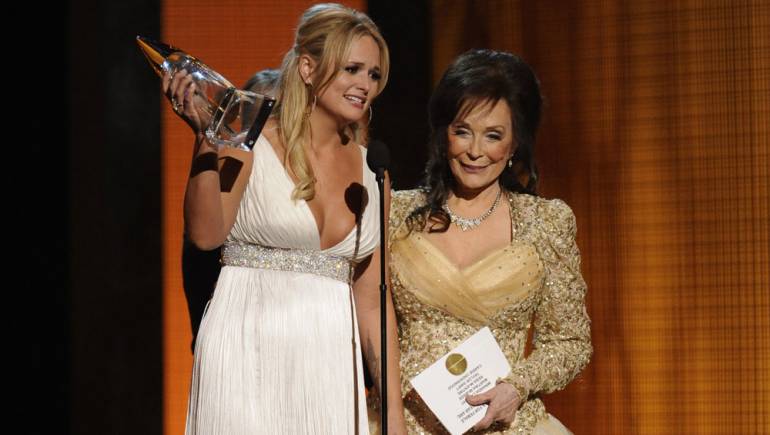 Miranda Lambert turned 27 years old yesterday, and as the CMA Awards unfolded, the fiery singer/songwriter had plenty to celebrate. Lambert led the BMI charge at the 44th annual ceremony with Album, Female Vocalist and Video of the Year wins. The evening turned into the official crowning of a new country power-couple as Lambert’s fiancé, fellow BMI songwriter Blake Shelton, took home his first-ever CMA Awards: Male Vocalist and Musical Event of the Year for “Hillbilly Bone.”

The Zac Brown Band was named New Artist of the Year, an award that underscores the veteran road dogs’ chart-topping charming of radio and industry over the past year. Lady Antebellum earned their second consecutive Single of the Year trophies for crossover hit “Need You Now,” which the trio also co-produced, as well as Vocal Group of the Year.

Song of the Year honors went to acclaimed BMI songwriter Tom Douglas for “The House That Built Me,” recorded by Lambert. Sugarland also picked up their fourth Duo of the Year title.

For more information on the 2010 CMA Awards, please visit cmaawards.com.