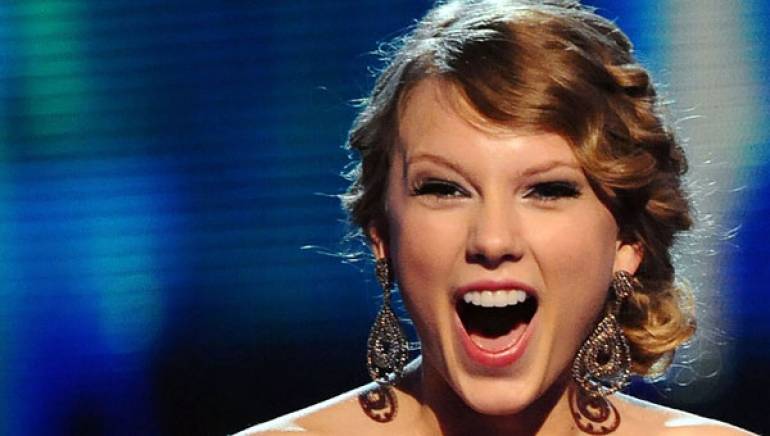 Taylor Swift capped off her past year of pop culture domination with four career-defining wins, including the coveted Album of the Year for Fearless, during the 52nd annual Grammy Awards, held Sunday, January 31 in Los Angeles. She and her producer, fellow BMI songwriter Nathan Chapman, took the stage, as Swift proclaimed how thankful they were to be able to take the trophy “back to Nashville.”

A slew Grammys are headed for mantle pieces in Music City, as several Nashville-based BMI songwriters and artists walked away with big wins in multi-genre categories: Kings of Leon’s “Use Somebody” earned Record of the Year honors, while breakout group the Zac Brown Band claimed the Best New Artist prize.

Wins from Taylor Swift, Lady Gaga, Zac Brown Band, and Colbie Caillat, as well as the dominance of John Legend, and most recently, chart-topper Ke$ha, as well as so many others, underscore the arrival of a new generation of superstars, and also point to the successes of one of BMI’s cornerstone initiatives. The organization has played an early role as connector and encourager for these and countless other artists back when “up-and-coming” best described their careers. BMI’s layered approach to songwriter development comprises educational, creative and promotional opportunities, including the BMI Lehman Engel Musical Theatre, Jason Blume Songwriters’ and Jazz Composers Workshops; 8 off 8th, Pick of the Month and Acoustic Lounge showcase series; and stages at premier festivals including CMJ, Lollapalooza, SXSW, the Key West Songwriters Festival and the Austin City Limits Music Festival. From spotting and supporting a dynamic Lady Gaga when she first electrified small clubs, to championing the prodigious talent of a teenage Taylor Swift, whose songs somehow both belied her youth and embodied it, BMI has been there from the beginning, and will remain a steadfast and dependable supporter.

For more information on the Grammys, please visit www.grammys.com.

Record of the Year
“Use Somebody”
Kings of Leon

Best Rock Song
“Use Somebody”
Kings of Leon

Best Pop/Contemporary Gospel Album
The Power of One
Israel Houghton

Best Country Collaboration with Vocals
“I Told You So”
Carrie Underwood