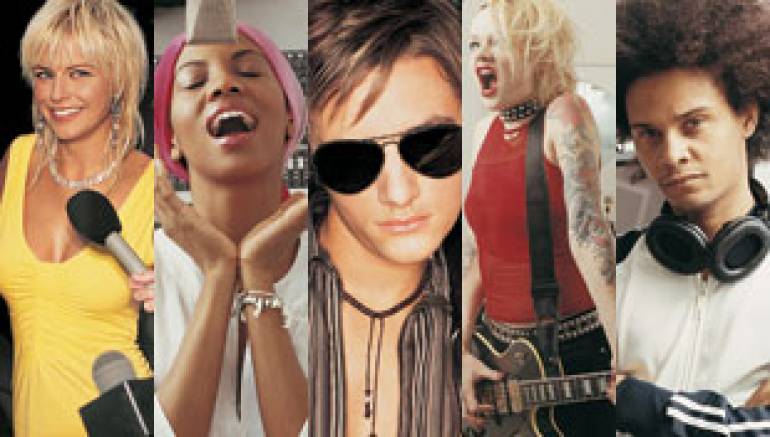 The 33.3% Formula
One of my “friends in high places” once told me that making a record consisted of 1/3 talent (songwriting, musicianship), 1/3 selling it/you to a record company and 1/3 marketing it/you to the public. And while there are always exceptions, it is an indisputable fact that, like it or not, the ability to market yourself and “connect” with your audience is almost as important (some might argue even more important) to long-term success in the entertainment business than pure musical talent.

You Are a Living Brand
Shocked? You shouldn’t be. The biggest stars are, almost without exception, great marketers; they are performers who embrace the notion that building and maintaining an emotional bond with their audience is critical to their success. And building a unique emotional bridge to your audience is the essence of understanding what it means to be “a living brand.” It’s not a small amount of work.

U2’s brilliant alliance with Apple (and beyond) made headlines in The New York Times Business section this year. The Rolling Stones’ tongue logo is arguably more recognizable than those of most Fortune 500 Companies; and Britney’s belly was once referred to as “the most valuable real estate in show business.” The list of unique emotional connections - from the Dead to Diddy, Cash to 50 Cent, Madonna to Manson - are easily identifiable and represent a virtual who’s who.

So, if you’re a serious explorer of Songwriter101, a little dose of marketing 101 is nothing short of essential.

Where’s Your P.O.D.? (Hint: it’s not in your pocket and it doesn’t play music.)
Well, you might (understandably) question, “What does that have to do with me?” Those folks are superstars and I’m an unknown entity, an up and comer. Well, in marketing-ese, they all (sometimes by design and sometimes intuitively) had something that we refer to as a Point of Difference (POD for short).

Do This Exercise!
Ask yourself (and write it down):
“What makes me different from the competition?”
“Why will I stand out?”
“Why will people listen to me or watch me perform?”
In short, what’s your POD? (Note: “I write really good songs” probably won’t cut it.)

Tip: You should be able to sum it up in one or two sentences. We sometimes refer to it as an “elevator speech.”  It’s great practice for when you unexpectedly find yourself in an elevator with Tommy Mottola and he asks, “So, what do you do?”

A word of caution: If you can’t simply and concisely answer the (not so) simple POD question, no one else will either. And it’s a much harder exercise than you might suspect.

So, for example, if I were answering this question regarding a pre-superstar Mr. Bowie circa 1971, I might’ve said something like, “Forget that hippie s**t! You’ve got to check out David Bowie and glitter rock. Not only is the songwriting killer, but the shows are mesmerizing - gender bending taken to a whole new level. Theatrical, freaky, subversive, unforgettable”

Okay, not perfect I know (apologies to David). But the likely response would be “Wow, can I hear him? See him?”

It’s The Experience
Being a brand means delivering a memorable experience, not simply a transaction. Here’s one of my favorite (and most accurate) quotes that I lifted from a great marketing book:

HARLEY DAVIDSON DOESN’T SELL MOTORCYCLES
“What we sell is the ability for a 43-year-old accountant to dress in black leather, ride through small towns, and have people be afraid of him”
—Harley Davidson Big Cheese

And so, Eminem doesn’t just sell records. He sells the ability for suburban white kids to dress in baggy pants and hoodies, walk through malls and have people be afraid of them.

The Sex Pistols didn’t just sell records. They sold an experience and a lifestyle - an emotional connection.

Food for thought: What’s experience(s) are you selling?