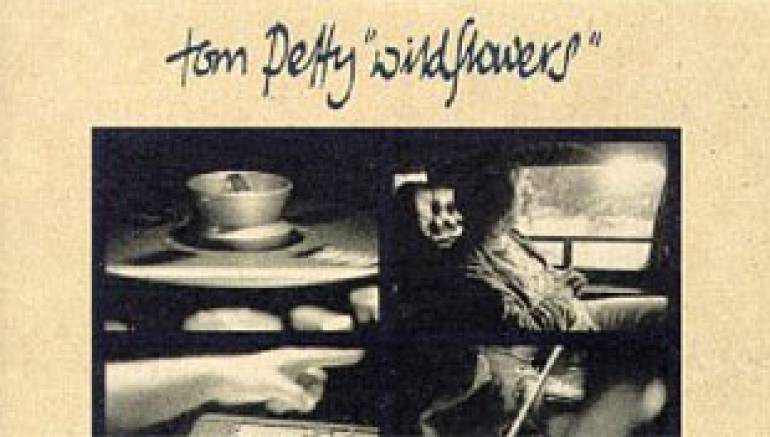 A compelling solo album, 1989’s Full Moon Fever, and its Heartbreaker-backed follow-up, Into the Great Wide Open, combined to make veteran rocker Tom Petty a valuable commodity as the ‘90s got underway. But despite the run of success, Petty’s next project would be preceded by a raft of personnel changes. The shake-up began with Petty ending his relationship with MCA in favor of a three-year, $20 million deal with Warners. A short time later, Petty accepted the resignation of longtime Heartbreakers drummer Stan Lynch, who departed after the sessions for 1993’s Top 20 hit “Mary Jane’s Last Dance.”

But the most noticeable switch would be Petty’s new man behind the glass. After a four-year stint with ELO head Jeff Lynne, Petty handed the control-room keys to Rick Rubin and Rubin’s trusted engineer Jeff Scott, with sidekick George Drakoulias installed as executive producer. In late summer 1993, Petty and Rubin checked into Sound City in Van Nuys, a mammoth structure with several decades worth of California pop lore behind it (and birthplace to Petty’s 1979 commercial breakout Damn the Torpedoes). With an entourage that included Heartbreaker pianist Benmont Tench, bassist Howie Epstein and guitarist Mike Campbell, Petty set to work taping a series of songs that blended the reckless spirit of rock with the restless imagery of a man in the throes of mid-life.

As assistant engineer Joe Barresi recalls, the album that would ultimately become Petty’s second solo effort in five years, Wildflowers, began with the daunting task of locating a suitable replacement for drummer Lynch.

“I was getting out of Sound City at the time; Wildflowers was one of my last records there,” says Barresi, who’d spent several years learning the studio’s unusual acoustic properties. “When I arrived, Tom only had three or four songs written, but they used those songs to test out the prospective drummers. Russ Kunkel came in, then Ed Green, all these different combinations of drummers and bassists. But when they got Steve Ferrone in there, that was it - it’s so easy to get a drum sound on Steve. They realized that right away.”

Having spent the bulk of his career backing r&b acts, the London-born Ferrone may have initially seemed an odd choice for a band with such unflagging roots-rock roots. But in Ferrone, Petty got a world-class veteran capable of adding authentic live punch within the confines of a recording studio. Using Sound City’s exceptional ambiance as their chief weapon, Rubin and Scott set out to capture the beautiful simplicity of Ferrone’s backbeat during the making of Wildflower‘s lead-off single, “You Don’t Know How It Feels.”

“They really put up a lot of room mics on that one,” recalls Ferrone. “Since Sound City’s such an old room, there can be a lot of buzzes and stuff at first. But once you work it for a bit, it sounds fantastic. You can hear that.

“After a few takes Rick didn’t like the way the cymbals were crashing in the room,” continues Ferrone,  “so I just said, ‘Why don’t I just play the part without any crashes at all and you can overdub them after?’ He said, ‘Cool!’ And we did it that way for just one take, and that turned out to be the take they used. Only we forgot to go back and add the cymbal parts! Ever since then all these people would come up to me and say, ‘You know, I kept waiting for a crash all the way through that song . . . and there never was one. Great idea!’ And of course it was a total accident.”

As usual, Petty got a huge boost from guitarist Campbell, who co-wrote the songs, co-produced the sessions and, most importantly, beefed up the tracks with some exquisite riffing. For extra bottom on rave-ups like “You Wreck Me” and “Honey Bee,” Campbell used a Gibson ES-335 through an amp arsenal that included a Vox AC30, Fender Bassman and Fender Deluxe.

“Those live band tracks just sounded awesome in that room,” says Barresi. “And the Neve console they were using just made everything that much better.”

Released in the fall of 1994, Wildflowers continued Petty’s long hit streak, reaching the four million mark in sales the following spring and spinning off MTV regulars “You Don’t Know How it Feels” and “It’s Good to Be King.” By purposely alternating promiscuous rockers (“Cabin Down Below”) with pensive country-based ballads (“Time to Move On”), Petty left the impression of a middle-aged male tug-of-war, an effect made all the more pronounced by the immediacy of Rubin’s production work.

“Even though Sound City is a huge studio, it’s not too live, you can hear each other really well in there while you’re playing,” adds Barresi, who went on to engineer works by Weezer, Queens of the Stone Age and Tool, among others. “Wildflowers is a good example of the kind of sound you can get out of a great studio with the right people running it.