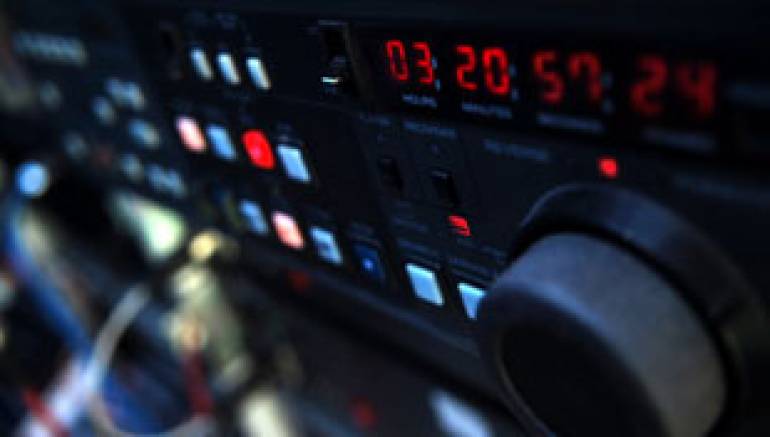 I recently said goodbye to my old rust brown Ford F-150 after 17 years of reliable, gas-guzzling service. Its ragged appearance meant I never had to worry about scrapes or thieves, and, best of all, it cost next to nothing to buy or to maintain. I tend to look at studio stuff the same way - the more beat up and cheaper the item, the more I like it. Guitars that were abused by baggage handlers, amps that spent years in someone’s shed and microphones that looked like they were used to fend off attackers are just a few of the unloved items that have made their way into my basement over the years.

Not that everyone shares this attitude, of course, and there are plenty of people who feel safer spending top dollar for new stuff so they can be guaranteed something reliable or re-sellable. Still, I’d much rather part with only a little money on a reputable piece of used gear, so I’ll have that much more to spend the next time around (like the following week).

When purchasing studio gear through eBay, Craigslist and the like, on balance I’ve been pretty lucky. But let’s face it: You take a significant risk when buying old, used or “as is” products from faceless sellers, because you never really know exactly what you’re getting until the day you get it. As one who has found a number of true bargains, but on more than one occasion has also been severely burned, here are a few thoughts.

The sturdier, the better. Any item that is known for its longevity and durability is often a fairly safe bet when buying sight-unseen. This is particularly true when shopping for used and/or older microphones; dynamic mics made by Shure or Electro Voice, for instance, have a solid outer casing that has allowed them to survive many years of studio and stage punishment, and their sturdiness makes them better suited to handle high-volume sources such as instrument amps and drum kits as well. (Condenser microphones, on the other hand, can be much more finicky, not to mention more expensive.) Knowing that, I had no problem paying $50 apiece to a Craigslist seller for a set of lightly used Shure SM57s, or about half-off the retail price of a comparable new model. Unfortunately, this theory is hardly foolproof, as evidenced by a different transaction on eBay involving a vintage Electro Voice 665, a microphone with a reputation as solid as its die-cast zinc exterior - which nevertheless arrived at my doorstep dead as a doornail.

Check the rep of the seller. It goes without saying that buyers should only consider equipment offered by truly reputable sellers. Easier said than done, of course: eBay’s feedback-based rating system, though helpful, isn’t always a guarantee of customer satisfaction (the clown who sold me the DOA Electro Voice had a 100 percent rating), while private-party purchases through Craigslist and other online sources are a complete crapshoot. Therefore, you’ll want to get as much information from the seller beforehand, including age and condition of the item, whether or not returns are accepted, etc. Stick with sellers who specialize in studio stuff; in other words, if the person who is selling an old microphone or snare drum mainly deals antique books and clothing, you may want to look elsewhere.

Can you fix it? Equipment that is advertised for less than market value often requires extra attention due to a cosmetic defect, or perhaps something a bit more involved. For instance, I recently came across a mid-‘80s AKG C414, the highly coveted condenser microphone that normally goes for around $1,000 new. The windscreen on this particular model, however, had been broken off at the bottom, which, according to the seller, might cause some noise if not properly secured. But for around $300, I figured it was worth a shot. Luckily, it was - the windscreen was indeed fixable (what a little Gorilla Glue can do), and, at least for the time being, the mic sounds fantastic. But as noted earlier, buying “as is” can be chancy, and therefore, stay away unless you’re moderately handy or are prepared to spend more on repairs than you did on the item.

Is it worth it? Of course the most important question to ask is, “How much am I really saving by buying something old, used or abused?” Before you start bidding on basic products that are still in production, you might want to check the clearance, refurbished or scratch-and-dent listings from retailers like Musician’s Friend or Music123 - not to mention your local mom & pop music shop - which might be able to match or even beat the price of a used item while offering a warranty and possible free shipping. Naturally, it’s a different story if the item is no longer manufactured; also, older versions of existing products sometimes have a better reputation, making them worth considering (for example, the “ULS” version of the AKG 414 described above sounds better than the current “XLS” model, according to some). Stomp boxes, computer-based recording equipment (which tends to depreciate quickly), older mixing boards, microphone stands and even patch cables are also good candidates when bargain hunting for gear.