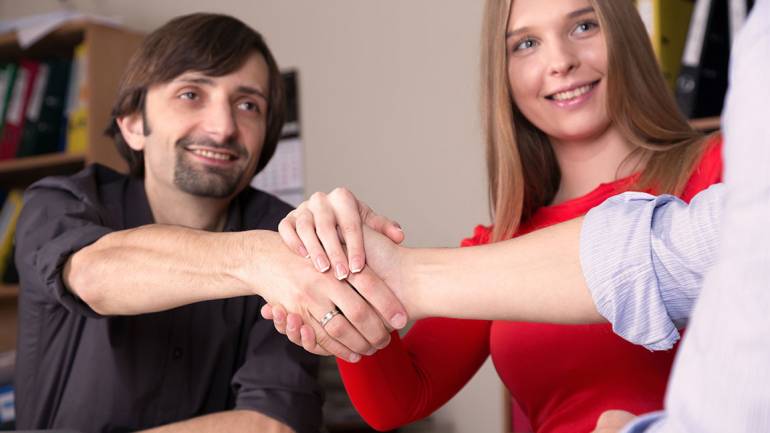 A Nashville music publisher posted on Facebook that a song she represents had been placed “on hold.” The responses and questions that followed pointed out how much misinformation and confusion there is about what having a song on hold means–and what it does not mean.

There’s a world of difference between requesting to hold on to a copy of a song–and placing it on hold. The former scenario essentially means a music industry pro likes the song enough to give it an additional listen. It might also mean they don’t have a home for the song at the moment, but would like to keep it for future consideration. In these instances the expectation is that the song will be retained indefinitely and you will be contacted only in the event that the status changes.

In contrast, when a song is placed on hold the person granting the hold is agreeing that he or she will not issue a mechanical license (aka, a recording license) for that song to any other artist until one of two things has occurred:

Issuing a hold is essentially promising an exclusive first right of refusal.

Publishers (including those who self-publish) have the responsibility of issuing mechanical licenses. Therefore, it is typically a song’s publisher who grants a hold.

In cases where there are multiple publishers, each publisher has the right to issue a recording license. Typically, all publishers agree to honor a hold granted by one of the publishers. However, one publisher cannot force its co-publishers to do so.

How Long Does a Hold Last?

Holds are the means by which A & R reps, record producers, artist managers, and artists buy time while they wait to learn whether the additional decision-makers are on board with the song choice. A hold might also be requested in order to give an artist enough time to record the song and assess how it sounds, without fear of another artist releasing it first.

There have been instances of songs being on hold a year, two years, and even longer. In many instances, a song will remain on hold from the time the artist or his or her representative hears it until the artist’s recording sessions are finished and the recording is released. If a song is pitched a year or more before the artist is scheduled to record, unless stronger or more appropriate songs are found in the interim, the hold might be retained that entire time, until the artist gets into the recording studio and determines how they sound performing the song.

The only way to avoid taking a song out of circulation for such a long time is to wait until an artist is close to his or her recording dates before pitching the song. There are mixed opinions about this. Some publishers like to get their song into consideration early on in an artist’s song gathering process, hoping that with repeated listens, the song will become a favorite. Others prefer to pitch songs closer to when the artist is recording, in the hopes that being “the fresh, new thing,” their song might bump others from project.

If a hold is granted long before an artist is scheduled to record, it is advisable for the publisher to periodically touch base with the person who requested the hold to affirm that the multiple decision-makers have heard the song and confirm that the interest remains strong.

In most instances, a hold is established by verbal agreement. A few record labels and artists, however, ask for the publishers to sign a document. In one instance, a magor country artist personally called my publisher and requested a signed agreement to place one of my songs on hold. Several months later, on the day she began recording, a call came requesting that the lyric sheet be faxed immediately to her recording studio. I had a big decision to make: which Mercedes would I buy? But before I had time to shop for my new car her album was finished–and my song was not on it.

There is typically no money exchanged when a song is placed on hold. So why would a publisher agree to remove a song from the marketplace without any financial compensation? The incentive is the hope that the song will be recorded. At times it has been suggested that publishers be paid when they grant a hold–for example, $500 for each month the song remains on hold–but this has never been implemented. Why? Imagine the scenario below.

A GRAMMY-winning superstar with a string of #1 singles says, “I’m in love with this song. I think it could be a huge single for me and might be the title of my next album. I want to record it, but I’m not going into the studio for six months. Would you please grant me an exclusive hold so I can be sure no one else gets it first?”

Would you refuse, knowing that a hit with this artist could earn a lot of money? Few publishers would risk alienating the artist, producer, or record label by saying, “No,” or by saying, “You can only hold the song if you pay me.”

The first step is to go back to whomever placed the song on hold, let them know there is other interest, and confirm that the artist and other decision makers have heard the song, and that the desire to record it remains strong. If this is the case, be aware that refusing to honor the hold will likely infuriate those who initially requested it. The music business is small and word travels quickly.

Some might say, “A bird in the hand is worth two in the bush.” But carefully consider whether securing the recording would be worth incurring the wrath of those who placed the song on hold and the damage it would likely do to your credibility. There have been instances where major record labels, record producers and recording artists have, for several years, refused to listen to songs from a publisher who granted a license to another artist for a song that had been on hold.

In some situations, a “back-up hold” is granted. This means that if the first hold falls through, the other artist who has requested a hold is next in line.

Does a Hold Mean the Song Will be Recorded and Released?

The first time I had a song placed on hold it was recorded and became a single by multiple GRAMMY and Dove Award winners, the Oak Ridge Boys. I assumed this was typical. But subsequent to that, in one year I had twelve holds that resulted in zero cuts.

Throughout the song selection process hundreds of songs might be placed on hold. At any given time, a major artist might have 50 - 150 songs on hold. Periodically, these songs are reviewed by the team responsible for song selection (i.e., the A & R staff, record producer and the recording artist, and possibly a representative from the label’s radio promotion department and the artist’s manager). Songs are added and deleted from the list of those on hold. Many artists record more songs than they release, so it is possible to have a song on hold for a year or more, have the artist record it, and have it never see the light of day.

Publishers sometimes refer to a hold as being “soft” or “firm,” depending on how high up the person requesting the hold is situated on the proverbial food chain. For example, a hold placed directly by an artist or record producer would be considered a more viable hold than one requested by an A & R coordinator or a producer’s assistant. The strongest holds are those that have been heard and approved by the artist, producer, and A & R for the project.

A hold is only applicable for a song’s first commercial release because according to copyright law, once a song has been commercially released in the U.S. (meaning “phonorecords”–physical or digital–have been made available for sale to the public) any artist has the right to record (“cover”) and release an audio recording of the song, provided that all of following criteria are met:

So, while publishers cannot withhold a mechanical license after a song has been commercially released–even if the first release failed to garner any radio airplay or sales–they can agree to stop pitching or promoting the song to other artists.

Having a publisher, a record label executive, or other industry professional hold on to a song is a great first step. But it is not to be confused with having a song placed “on hold.” While having a song placed on hold is no guarantee of it being recorded and released, in many cases it is the first big hurdle to cross on the way to the finish line.

Jason’s songs have been included in films and TV shows including “Scrubs,” “Friday Night Lights,” “Assassination Games,” “Black or White,” Disney’s “Kim Possible” “Dangerous Minds,” “Kickin’ It Old Skool,” “The Guiding Light,” “The Miss America Pageant,” and many more. Jason is in his twentieth year of teaching the BMI Nashville Songwriters workshops. A regular contributor to BMI’s Music World magazine, he presented a master class at the Liverpool Institute for Performing Arts (founded by Sir Paul McCartney), served as a consultant on the state of the music business for CNN International, and teaches songwriting throughout the U.S., Australia, New Zealand, Norway, Ireland, the U.K., Canada, Bermuda, and Jamaica.