Posted in The Weekly on January 4, 2022 by Jason Blume 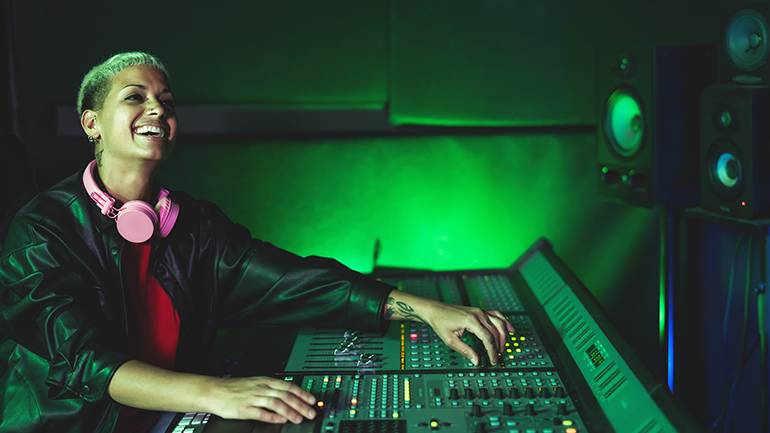 I often tell my songwriting students that I teach tools—not rules. There are no rules in songwriting. Similarly, there is no road map that points the way to guaranteed success. But there are three things I consistently see in those who achieve their songwriting goals. Let’s look at the “3 P’s” that can lead to songwriting success.

It can be tempting to try to emulate hit songs and recording artists; to think that what worked previously will work again. But those songs and artists that breakthrough do so not because they rehash what has previously been successful, but because they create something new. We already have a Taylor Swift, Julia Michaels, Halsey, Maren Morris, Kanye West, Gabby Barrett, and other artists who have carved out a distinctive niche for themselves. These artists and the songs they sing are originals.

First, I’ll clarify a common misconception. Many songwriters have the expectation that, excluding administrative functions such as issuing licenses and collecting royalties, a publisher’s primary job is to play songs for recording artists, who are seeking songs to record. In past eras this model accurately described how the majority of songs found their way onto the charts. While there have always been artists in every genre who were also exceptional songwriters, many singers were considered song stylists who built their careers by recording songs that were written by non-performing songwriters.

The rise in popularity of folk singer/songwriters and the British invasion resulted in many more artists recording material they had written themselves. Still, there were many opportunities for publishers to place songs written by their staff writers. The phenomenal successes of writers such as those based in the Brill building and at Motown attest to the viability of non-performing songwriters and their publishers having outlets for their songs back in the day.

To some extent, this approach still applies in country music and Christian music where an estimated 30% of recorded songs are outside songs – – those not written or cowritten by the recording artist or someone inside the project, such as the record producer or someone in the artist’s band. But a look at the songwriting credits for today’s pop, R&B/hip-hop, rock, dance, and alternative rock hits reveals that songs in these genres are very often written or cowritten by the artists who record them.

Currently, publishers’ jobs have shifted. In order to get their writers’ songs recorded, in most instances they are tasked with setting up collaborations between the writers they represent and recording artists who are seeking collaborators. Few non-performing songwriters have the connections to write with successful artists unless they have already established a track record of hits.

There are only a handful of instances of non-performing songwriters attaining—and sustaining—chart success without being aligned to an effective music publisher. My best advice for aspiring songwriters is to write the kinds of songs that will make a publisher take notice—then put yourself in the places where your songs can be heard by publishers and those with access to them.

In my article “The Most Important Trait for Songwriters and Recording Artists—Persistence,” I recounted multiple stories of songs and recording artists that took years—and in some instances, decades—before finding success. Stories like those are far more common than tales of overnight success. It can take years to master the deceptively simple task of writing songs with melodies and lyrics that connect with listeners, and many more years before the stars line up and deliver those songs to the top of the charts.

The inevitable rejections and disappointments inherent in the business of songwriting can be brutal. The roller coaster ups and downs can be especially tough for creative people. But in a business that comes with few guarantees we can be assured that only those who persist, believe in themselves, and find joy in the writing have a shot at success.

Maximize your chances of attaining your goals by writing songs that push the creative envelope—songs that demand attention. Seek to align with effective publishers, and mostly importantly, keep on keepin’ on!

Jason Blume is the author of 6 Steps to Songwriting Success, This Business of Songwriting, and Inside Songwriting (Billboard Books). His songs are on Grammy-nominated albums and have sold more than 50,000,000 copies. He has been a guest lecturer at the Liverpool Institute for Performing Arts (co-founded by Sir Paul McCartney) and at the Berklee School of Music, and has been interviewed as a songwriting expert for CNN, NPR, the BBC, Rolling Stone, and the New York Times. For information about his workshops, webinars, additional articles, and more, visit www.jasonblume.com.