Posted in MusicWorld on November 19, 2020 by Jason Blume 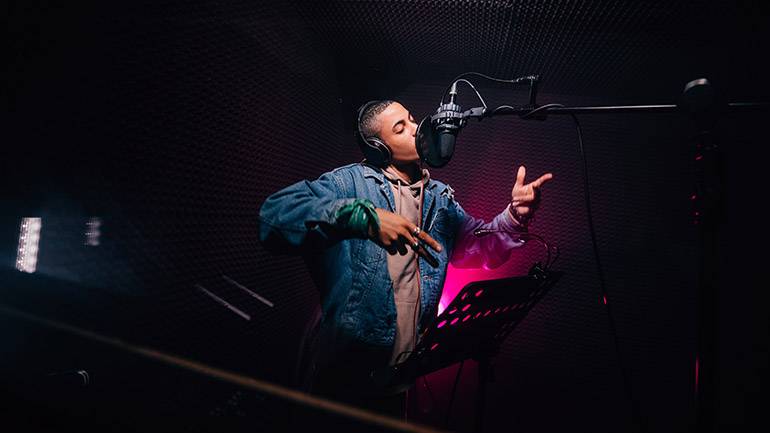 During a recent workshop I was asked if I could identify the most important trait or skill for songwriters to possess. Was it an innate talent to craft a fresh, memorable melody? Was it the ability to craft a lyric that touched millions of hearts? Or was it something else? As I pondered the question, I recalled that one week earlier I had learned that a song I had co-written was being recorded for the first time after sitting on a proverbial shelf for twenty-eight years. That song is older than many of my collaborators. The answer to the question that had been posed became clear.

I told my class that the ability to generate exceptional melodies and lyrics are crucial skills for songwriters to possess. But in the absence of one other attribute, these abilities are unlikely to lead to success.

Nothing trumps persistence—the ability to persevere through the challenges and inevitable disappointments that tend to pave the road to success in the music business. There are countless stories of songs and recording artists who languished in obscurity before reaching iconic status. I asked both songwriters and successful music business professionals to share some examples of songs, writers, and recording artists who found success after years of struggles. Here are some of my favorites.

Tom Luteran, Vice President of A&R, Sony/ATV Music Publishing shared this inspiring story. “James McNair started meeting with me in 2013 or 2014. He had some cool stuff and seemed like he really had what it takes to be a great songwriter. The only problem was I had just signed 3 new people within the last 6 months, and I didn’t have the proper time to devote to working with another writer. He was not discouraged, and he said he would keep checking in from time to time with me. He would sometimes use the 3rd floor writer rooms @ Sony/ATV and he would pop in to say hello on his way in or way out of a write. Months went by and we finally agreed to work with him. Once we signed the deal, James told me that for the past couple of years he had worked in the coat check at the country club where Sony/ATV held its annual company holiday party. In December of 2015 James went to that same party as a Sony/ATV writer. And if that’s not enough, now he has his first #1 song, Luke Combs’ “Lovin On You” (written by James McNair, Luke Combs, Ray Fulcher, and Thomas Archer). The whole timeline is around 7 years. That’s persistence!”

“Saving All My Love for You” (written by Gerry Goffin and Michael Masser) is inextricably identified with Whitney Houston. It was her first #1 single and the vehicle that propelled her to superstardom. But the song was first released in 1978 on an album by Marilyn McCoo and Billy Davis, Jr. It took seven more years before “Saving All My Love for You” found its home with Whitney Houston, earning her a Best Female Pop Performance GRAMMY.

It is hard to imagine a song taking longer to find its way to the charts than “Fool’s Love Affair” (written by Keith Stegall, Milton Brown and Charlie Monk; recorded by Randy Travis). Randy Travis, who at the time was an aspiring singer, sang the vocals on the demo years prior to finding success with his 1986 debut album. The song was pitched extensively but failed to find a home. With some masterful updating by producer Kyle Lehning, the song became Travis’ first release to country radio following his 2013 stroke and found success more than 35 years after it was written.

In 1958, the late Bill Mack wrote a song called “Blue,” purportedly in fifteen minutes. It took 38 years and releases by multiple artists before LeAnn Rimes’ recording earned “Blue” the 1996 GRAMMY award for Country Song of the Year.

In 1990 an aspiring songwriter named Don Von Tress penned a song that was slated to be recorded by the Oak Ridge Boys. The band decided not to record it because they reportedly did not like some of the lyrics. The song, titled “Don’t Tell My Heart” was recorded by Warner Music Group artists the Marcy Brothers in 1991 with a slightly altered lyric. One year later Billy Ray Cyrus’ version, titled “Achy Breaky Heart” took the world by storm, remaining 5 weeks at #1 on Billboard’s Hot Country Chart and establishing Billy Ray Cyrus as a superstar.

The late soul/funk artist Charles Bradley, the subject of the documentary “Soul of America,” was in his fifties and working in a James Brown tribute band when his first single was released. He was 62 when his debut album, “No Time for Dreaming” was released by Daptone Records to critical acclaim. The album was named one of Rolling Stone’s Top Fifty Albums of 2011. Bradley’s 2007 single “The World (Is Going Up In Flames)” (written by Bradley, Thomas Brenneck, Michael Deller, David Guy, Leon Michels, and Homer Steinweiss; recorded by Charles Bradley and the Menahan Street Band) has been featured in numerous television shows and movies. Bradley recorded three albums, toured throughout the world, and performed at festivals including Coachella and Glastonbury.

Susan Boyle was 47 when her appearance on “Britain’s Got Talent” made her a worldwide phenomenon. BMI writer/keyboardist/producer John Boegehold shared that, after chipping away since he was a teenager, he was 62 when the progressive rock band Pattern-Seeking Animals of which he is a member signed a 3-record deal with Sony/InsideOut Music.

Michael Bolton began his career as a hard rock/heavy metal artist in 1975, opening shows for artists including Ozzy Osbourne. Thirteen years passed from the time released his first album until he found fame and multiplatinum success with the soulful pop sound he is now known for.

In addition to perseverance, patience is an invaluable asset. Publisher Sherrill Blackman shared that five years passed between the time bluegrass pioneers the Dillards recorded “My Last Sunset” (written by Ellen Britton and Will Hopkins) and its August 2020 release featuring vocals by Don Henley of Eagles’ fame. “Waiting for this release definitely was an exercise in patience,” said Blackman.

Steve Bloch, Nashville consultant, publisher and songplugger shared, “I work with a BMI writer who came to town every other week from Poetry, Texas, for 16 years. His car is a little over 7 years old and he has 350K miles on it. His first words to me upon showing up in Nashville every other week are, ‘This ain’t no game!’ Part of what attracted me to him was exactly that–persistence–plus two more P’s: perseverance, and perspiration. You can certainly add talent and good manners, but no one will out-work Scott Sean White.” Bloch continued, “With so much talent in this town, why do some succeed, and others don’t? Aside from the aforementioned characteristics and some luck, in my experience all successful people have one thing in common: they were all present when success found them. They weren’t waiting for it; they were working for it. (By the way, Scott got his first SIX major cuts this year).”

“Bless the Broken Road” was written in 1994 by Marcus Hummon, Bobby Boyd, and Jeff Hanna and was recorded that year by Nitty Gritty Dirt Band, of which Jeff Hanna was a member. One year later, Hummon included the song on his Columbia Records debut album. In 1998, Melodie Crittendon’s version reached #42 on Billboard’s Hot Country Singles chart. In 2004, ten years after the song was written, Rascal Flatt’s version topped Billboard’s Hot Country Singles chart for five weeks, earning a GRAMMY for Country Song of the Year.

After years of performing in local venues, Miranda Lambert’s 2003 audition failed to secure her a spot on the “Nashville Star” television show. At her mother’s urging, Lambert auditioned again, in a different city, where she was selected to be on the show. Her third-place finish on “Nashville Star” led to her being signed to Epic Records and becoming one of the most successful recording artists of her generation. Similarly, country superstar Luke Combs was turned down in his quest to be a contestant on “The Voice.”

I’ve heard people categorize the various music centers as being “a 5-year town,” or “a 7-year town.” There are exceptions—instances where success came quickly. But they are rare. It is far more typical for the road to attaining creative goals to be a long one, paved with twists and turns, and disappointments and challenges.

What if Miranda Lambert and Luke Combs had given up when they were not chosen to appear on TV singing competitions? What if Charles Bradley and Susan Boyle had said, “I’m too old?” What if the writers and publishers of “Saving All My Love for You,” “Bless the Broken Road,” and countless others had given up just before success found them?

There are countless stories like the ones I’ve shared. They all have one common denominator: the writers, recording artists, and publishers had the tenacity to persevere through countless rejections. So, hang in there and enjoy the journey.