Posted in MusicWorld on October 14, 2016 by Jason Blume 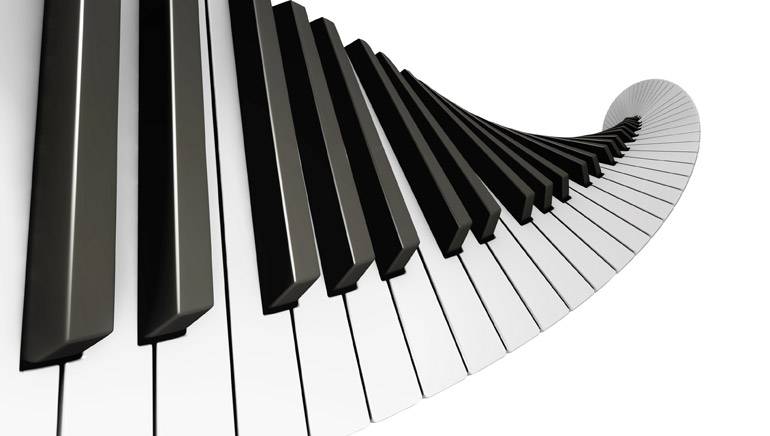 To grab our listeners’ attention we need to separate our songs from the competition, and one way to accomplish this is by including an unexpected twist—an element of surprise. This article examines various ways to incorporate twists into lyrics and melodies.

“Ol’ Red” (written by James Bohan, Don Goodman, and Mark Sherrill, and recorded by George Jones, Kenny Rogers, and Blake Shelton) is an exceptional example of a story song with a lyric that ends with a powerful punch. The lyric tells the story of a prisoner who, while serving a 99-year sentence for a crime of passion, takes care of a bloodhound named Ol’ Red. The narrator devises a plan to escape from prison that starts with having someone hide a female blue tick hound where the prisoner walks Ol’ Red each evening. After the bloodhound has grown to expect those nightly conjugal visits, the prisoner keeps the dogs apart for several days. The prisoner makes his escape, confident that Ol’ Red will lead the prison guards to his blue tick girlfriend—and not to the fugitive. For an added payoff, the song ends with the narrator saying that now, there are red-haired blue ticks all over the south, and that just as love got him into prison, love got him out. Watch Blake Shelton’s video here.

This technique of incorporating a surprise ending is found in country songs much more frequently than in other genres. Excellent examples include:

Surprise endings are not only found in country songs. David Olney’s Americana classic, “Jerusalem Tomorrow,” (recorded by Emmylou Harris and David Olney) is a strong example of the use of an unexpected payoff. A surprise ending helped propel Eminem’s “Stan” (written by Eminem, Dido, and Paul Harmon), to the #1 spot in eleven countries and was used in hits such as:

There was a time when incorporating clever wordplay, such as double entendre and using words that were opposites, was a mainstay of country song lyrics. The following songs exemplify this:

While these techniques are no longer as popular as they were in their heyday, clever wordplay can be found in more recent country hits, such as:

“I tried to do that when I wrote “Let ’er rip” for the Dixie chicks. Nowadays most publishers will say it’s too ‘crafted/contrived’ to do that sort of thing. But I love when a hook pays off. (Sandy Ramos, Hit Songwriter/Founder, The Song Tuner)”

Songs that demonstrate the technique of juxtaposing words that are opposites include:

In the above examples note the use of antonyms, words that are opposites:

While this technique is most often found in country songs, the songs listed below are evidence that wordplay can also be effective in other genres.

Double entendre refers to a phrase that has two meanings, for example, in “I Let Her Lie” (written by Tim Johnson and recorded by Daryle Singletary) the word “lie” has a double meaning: 1) to tell an untruth and 2) to recline.

Changing the tempo during a song is a surefire way to grab listeners’ attention. In most instances when this technique is used the song begins with a slow tempo and changes to a faster one. For example, in “Thank God and Greyhound,” (written by Larry Kingston and Earl Nix/recorded by Roy Clark) the verse begins slow as the singer describes an unhappy relationship. But when the chorus starts, the tempo becomes upbeat as the singer celebrates his wife’s departure.

Similarly, in Steve Holy’s country hit “Brand New Girlfriend” (written by Jeffrey Steele, Shane Minor, and Bart Allmand) the introductory verse of the song is set to a slow tempo and has sparse instrumentation as the singer describes his girlfriend leaving him. But the full band kicks in and the tempo rocks when he proclaims that when she left, he got a brand new girlfriend and became happier than ever.

There have not been many recent hits that switched tempo mid-song, but this technique can be effective.

Unexpected elements in songs are not limited to lyrics. Many songs distinguish themselves melodically with the inclusion of a high or low note, a melodic interval, or a chord that demands listeners’ attention. Excellent examples of melodic moments that stand out include:

A modulation (a key change within the song) can provide a song’s most dramatic and memorable moment. Although there are no rules relating to this (or anything else in songwriting), most often, the modulation occurs at the beginning of a song’s final chorus and raises the key either a half or a whole step. Notable examples include the chill-inducing final choruses in Whitney Houston’s version of Dolly Parton’s “I Will Always Love You” and “My Heart Will Go On” (written by Richard Kerr and James Horner/recorded by Celine Dion).

Modulations are indelibly associated with Barry Manilow who used them throughout the 1970s and 1980s in hit songs such as:

While modulations are not currently in favor to the same extent they were in previous decades, some recent popular songs have employed this tool. A notable example is Lady Gaga’s recent hit “Perfect Illusion” (written by Kevin Parker and Mark Ronson). Zac Brown Band’s “Loving You Easy” (written by “Big Al” Anderson, Zac Brown, Niko Moon) features an especially memorable modulation in its last chorus, and also includes a wonderfully unexpected note and chord on the word “easy” at the end of every chorus.

Using more than one modulation within a given song is rare, but there are two modulations—one that goes up, and one that goes down—in Keith Urban’s recent #1, “John Cougar, John Deere, John 3:16” (written by Ross Copperman, Shane MacAnally, and Josh Osborne).

There are quite a few ways to use lyric twists and melodic surprises to separate your songs and engage your listeners. While it is unlikely that you will want to incorporate these techniques in all your songs, by thinking about—and trying on—some of the tools mentioned above, you might be surprised at how you can twist your song into a hit.

Jason Blume is the author of 6 Steps to Songwriting Success, This Business of Songwriting, and Inside Songwriting (Billboard Books). His songs are on three Grammy-nominated albums and have sold more than 50,000,000 copies. One of only a few writers to ever have singles on the pop, country, and R&B charts, all at the same time—his songs have been recorded by artists including Britney Spears, the Backstreet Boys, the Gipsy Kings, Jesse McCartney, and country stars including Collin Raye (6 cuts), the Oak Ridge Boys, Steve Azar, and John Berry (“Change My Mind,” a top 5 single that earned a BMI “Million-Aire” Award for garnering more than one million airplays). Jason’s song “Can’t Take Back the Bullet” is on Hey Violet’s recent EP that debuted in the top-10 in twenty-two countries and reached #1 throughout Scandinavia and Asia. He’s had three top-10 singles in the past two years and a “Gold” record in Europe by Dutch star, BYentl, including a #1 on the Dutch R&B iTunes chart.

Jason’s songs have been included in films and TV shows including “Scrubs,” “Friday Night Lights,” “Assassination Games,” “Black or White,” Disney’s “Kim Possible” “Dangerous Minds,” “Kickin’ It Old Skool,” “The Guiding Light,” “The Miss America Pageant,” and many more.  Jason is in his twentieth year of teaching the BMI Nashville Songwriters workshops. A regular contributor to BMI’s Music World magazine, he presented a master class at the Liverpool Institute for Performing Arts (founded by Sir Paul McCartney), served as a consultant on the state of the music business for CNN International, and teaches songwriting throughout the U.S., Australia, New Zealand, Norway, Ireland, the U.K., Canada, Bermuda, and Jamaica.