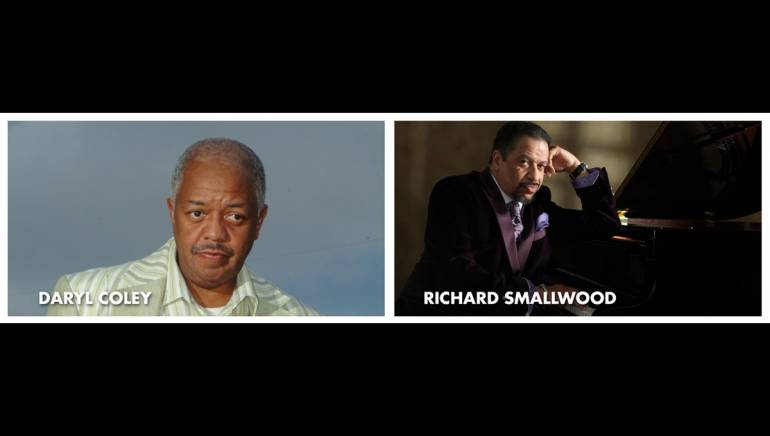 In continuing the tradition of saluting gospel leaders at its annual Trailblazers of Gospel Music Awards Luncheon, Broadcast Music, Inc. will be honoring Daryl Coley and Richard Smallwood on January 17, 2014, in Nashville.

Now in its 15th year, the invitation-only event brings together gospel music’s premier songwriters, brightest stars and leading industry executives for a special occasion that is part industry celebration, part awe-inspiring worship service. BMI will also announce the Most Performed Gospel Song of the Year at the luncheon.

Coley’s voice is an inimitable instrument able to fuse musical genres into a unique and mellifluous sound. His multi-decade career began as singer with Edwin Hawkins, which led to being a songwriter and musical director for Lady Tramaine Hawkins. Lead vocal appearances on recordings for James Cleveland’s Gospel Music Workshop of America resulted in Coley’s solo debut, Just Daryl. What followed was a string of Stellar, Dove, and GRAMMY nominations for career-defining albums including Beyond the Veil: Live at Bobby Jones Gospel XIII and Oh, the Lamb. Daryl has recorded a landmark collection of more than 100 studio performances and has worked with some of the music industry’s legends, including Stevie Wonder, Nancy Wilson and Philip Bailey. Most recently, he received a Doctorate of Sacred Music from the Ray of Hope Theological Seminary and Bible College International School of Divinity.

Smallwood is a legend in his own time. After more than three decades as one of the most popular inspirational artists in the music business, with classic tunes such as “Total Praise,” “Center of My Joy,” and “I Love the Lord” to his credit, the GRAMMY-nominated, Stellar and Dove award-winning songwriter and musician continues to enjoy widespread popularity and influence. His seminal recordings with the Richard Smallwood Singers and Vision include Psalms, Adoration: Live in Atlanta and Journey: Live in New York. Each album and song released continually landed on the top of the gospel charts and in the repertoires of choirs throughout the world. His songs traverse genre boundaries and have been recorded by Whitney Houston, Chaka Khan, Destiny’s Child and many others. In 2006, Smallwood was inducted into the Gospel Music Associations’ Gospel Music Hall of Fame. He is currently exploring his gift as an author as he works on completing his autobiography Total Praise, scheduled to be released in 2014.

Along with Donnie McClurkin and Erica Campbell, Catherine Brewton, BMI’s Vice President Writer/Publisher Relations, Atlanta, will also host the event, with several other BMI executives in attendance. After the overwhelming success of our first Trailblazers of Gospel Music CD, which is available now at iTunes and Amazon, we will again be recording this year’s event and releasing Volume 2 later this year. Follow updates on the BMI Trailblazers of Gospel Music Live albums onTwitter via the hashtag #BMITrailblazers.