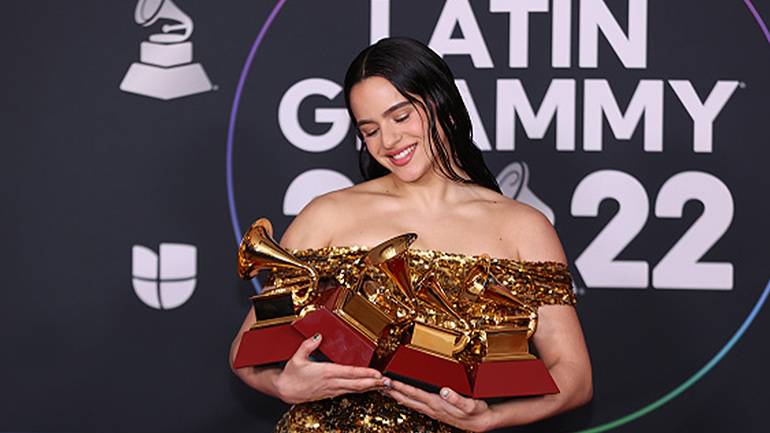 BMI is once again very proud of its Latin affiliates whose groundbreaking music was recognized at last night’s 23rd annual Latin GRAMMY Awards in Las Vegas at the Michelob ULTRA Arena at Mandalay Bay Resort and Casino. The ceremony was co-hosted by three dynamic BMI songwriters, Anitta, Luis Fonsi and Thalia, and it was an amazing night of song and celebration.

Cutting-edge flamenco-pop singer Rosalía was BMI’s biggest winner of the evening, taking home four prestigious trophies for Album of the Year, Best Alternative Music Album,  Best Recording Package and Best Engineered Album. Adding to her triumph, Rosalía is now the first woman in Latin GRAMMY history to win the Album of the Year award two years in a row. Another notable win was Silvana Estrada, who took the coveted Best New Artist award.

Below is the full list of BMI winners. Congratulations to all!

Best Short Form Music Video
“THIS IS NOT AMERICA”
Residente