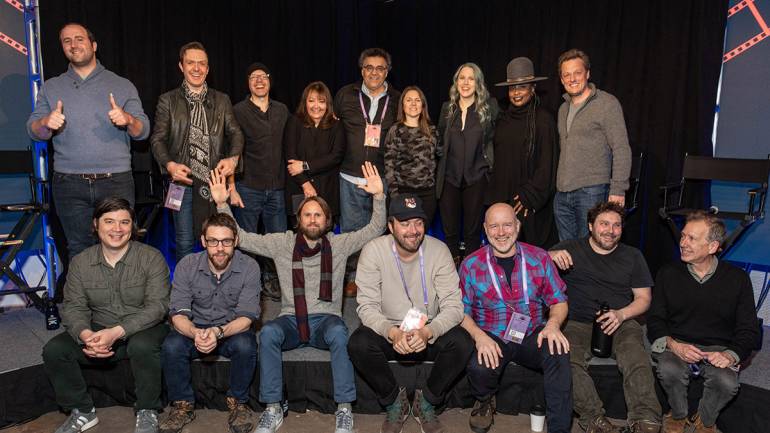 BMI proudly presented its 22nd annual Composer/Director Roundtable, “Music & Film: The Creative Process,” at the 2020 Sundance Film Festival on Sunday, January 26, at the Kimball Arts Center in Park City, Utah. A curated group of highly esteemed directors and composers spoke on the process of developing film scores and the integral role music plays in setting the tone of a movie. The panel was moderated by BMI’s Doreen Ringer-Ross, who led a spirited conversation on the creative process between the composers and directors. Throughout the event, directors stressed the importance of involving composers throughout the different stages of film production to aid in setting the mood of the narrative. The roundtable wrapped with each panelist giving advice to emerging composers and directors.

As founding supporters of the Sundance Institute Film Music Program, BMI has played a critical role in the long-term development of the Institute’s Film Music and Sound Design Lab. Building on that support, BMI continues to present the annual “Music & Film: The Creative Process” Composer/Director roundtable to highlighting the talented composers who have scored for films featured at the prestigious festival.