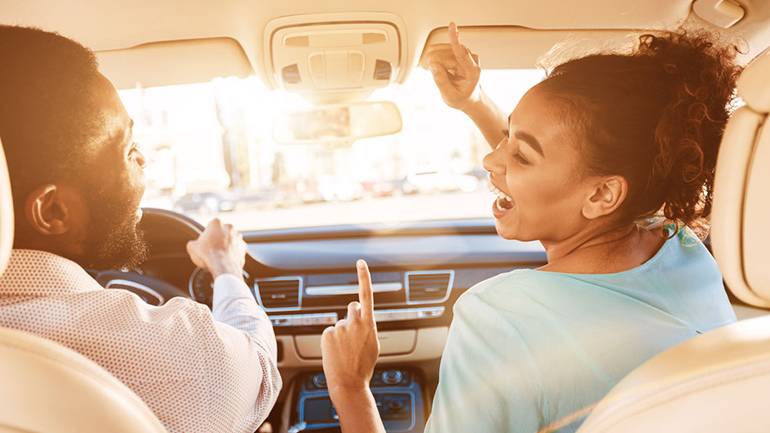 Marketing and advertising studies show that we are better able to remember ads we are exposed to multiple times. When we see or hear something once, we are likely to forget it. But with repeated exposure it is more apt to stick in our brains. This also applies to melodies.

In my article “Are Your Songs Too Repetitious—or Not Repetitious Enough?” I wrote, “Some people are afraid their melodies will be too simplistic; too repetitious—but an analysis of many of today’s top hits reveals that melodic repetition is the norm. Listen to your favorite current songs and you’ll likely hear the vocalist repeat rhythms and melodies multiple times within each section.”

This article will identify five ways to create memorable songs by incorporating melodic and/or rhythmic repetition into our vocal melodies. The repetition does not need to be exact to be effective; in some instances, the benefits of repetition can be achieved by including lines of melody or rhythms that vary slightly from each other.

Note that vocal melodies refer to the melodies sung by a singer, as opposed to the music that accompanies the vocalist.

Repeat a Melody While Changing the Accompanying Chords

This exceptionally effective technique allows you to repeat lines of melody without sounding too simplistic. For example, in 3 Doors Down’s #1 Mainstream Rock and Mainstream Top 40 hit, “When I’m Gone” (written by Brad Arnold, Todd Harrell, Chris Henderson, and Matt Roberts) the one-bar melodic phrase established in the first line of the chorus is repeated sixteen times with only slight variations. One might expect this much repetition to sound monotonous, but by altering the chords that support the melody it becomes memorable without sounding overtly repetitious.

Pentatonix’s phenomenal a capella version of the Christmas classic “Carol of the Bells” (based on a Ukrainian folk chant composed by Mykola Leontovych with lyrics by Peter J. Wilhousky) is an exceptional example of the power of this type of repetition.

Repeat a 1- or 2-Bar Vocal Melody and Chord Progression

When using this technique, a vocal melody comprising one or two musical bars is created. Then both the melody and chord progression are repeated, creating the most simplistic form of melodic repetition. This can be heard in Lizzo’s “Good As Hell” (written by Eric Frederic and Lizzo). Each chorus begins with a catchy two-bar melody. This melody is then repeated, creating a exceptionally memorable chorus that is comprised of only a two-bar phrase that listeners hear multiple times throughout the song. “Good As Hell” reached #1 on Billboard’s Hot R&B/Hip-Hop Songs, Mainstream Top 40, and Dance Club Songs charts.

In Rosanne Cash’s GRAMMY-winning Best American Roots Song “A Feather’s Not a Bird” (written by Cash and John Leventhal), the first line of the chorus melody is sung three times accompanied by different harmonization each time. Note that the first three lines of the verses of this song employ the repetition described in the previous category, repeating the melody, and accompanying chords.

Repeat the Vocal Melody of an Entire Section

In this use a section can refer to any of a song’s building blocks—verse, pre-chorus, chorus, or bridge—or any part of one of these elements. But it is most often a four-bar melodic segment that is repeated. When using this technique, a melody—which might or might not include repetition—is established. Then this melodic segment is repeated with different lyrics.

For a strong example of this listen to BMI’s Christian Song of the Year “Way Maker” (written by Sinach; recorded by Sinach, Mandisa and Leeland). Note that the first four bars of the vocal melody in the verses are repeated exactly in the second four bars. This approach is also used in the choruses, although the melody that is repeated is different from the one heard in the verses.

This technique can also be heard in reggaeton/Latin pop hit “Despacito” (written by Luis Fonsi, Erika Enders and Daddy Yankee; recorded by Luis Fonsi featuring Daddy Yankee). A remix featuring Justin Bieber (written by Luis Fonsi, Erika Enders, Daddy Yankee, Jason Boyd, Marty James, and Justin Bieber) also achieved phenomenal worldwide success. The first four bars of the vocal melody in the verses are repeated exactly in the second four bars. Then a new four-bar melody is introduced, comprising bars 9 – 12, and this second melody is repeated, comprising bars 13 – 16. This same technique is used in the chorus where the melody of the first 4-bars is repeated to comprise bars 5 – 8.

“Despacito” racked up more than 7 billion views on YouTube and topped the charts in 47 countries. It became the first song sung primarily in Spanish to reach #1 on the Billboard Hot 100 chart since “The Macarena” (written by Monge Romero and Rafael Ruiz; performed by Los Del Rios) held that position in 1996.

Repeat the Melody of a Portion of a Line

When incorporating repetition this way a brief melodic segment is repeated. For a terrific example, listen to the chorus of the crossover hit “Meant to Be” (written by Bebe Rexha, David Garcia , Joshua Miller, and Tyler Hubbard; recorded by Bebe Rexha featuring Florida/Georgia Line). The one-bar melody that accompanies the words “meant to be” also accompanies the words “let it be” and “it’ll be.” This three-note melodic phrase is heard nine times in each chorus. It is also sung three additional times with a slight alteration, contributing to a melody that is seared into listeners’ heads.

Repeat a Rhythm in the Vocal Melody While Changing the Notes

Probably the type of repetition most often heard in popular songs, this technique reiterates the rhythm of a melodic segment while incorporating different notes. So, the rhythm repeats while the pitches vary.

This technique was also used quite effectively in the chorus of Justin’s Bieber’s breakthrough hit “Baby” (written by Christopher Bridges, Christine Flores, Terius “The Dream” Nash, and Tricky Stewart). Note that the identical rhythm is sung on each of the first three lines of the chorus, but the second line ends on a higher note than lines one and three.

Jason Blume is the author of 6 Steps to Songwriting Success, This Business of Songwriting, and Inside Songwriting (Billboard Books). His songs are on Grammy-nominated albums and have sold more than 50,000,000 copies. He has been a guest lecturer at the Liverpool Institute for Performing Arts (co-founded by Sir Paul McCartney) and at the Berklee School of Music, and has been interviewed as a songwriting expert for CNN, NPR, the BBC, Rolling Stone and the New York Times. For information about his workshops, webinars, additional articles, and more, visit www.jasonblume.com.