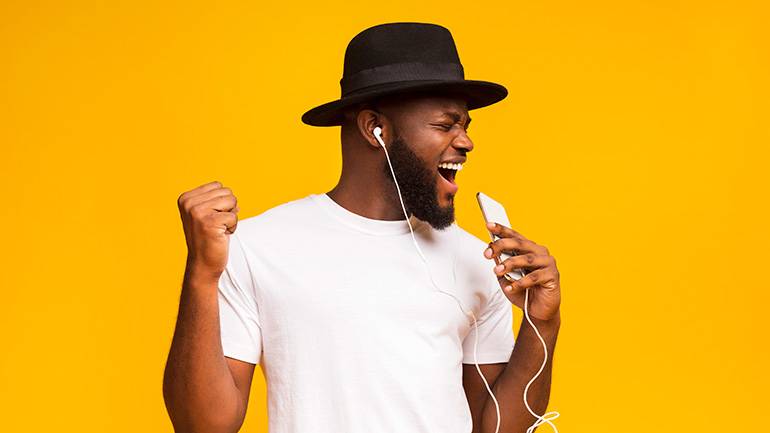 If we were collaborating on a song and I suggested that one particular line of lyric – and the melody that accompanies it – be repeated eighteen times, would you think that would be entirely too repetitive to be successful? How about if, in the same song, I insisted that an additional phrase be repeated twenty-six times? Would that seem crazy? How repetitious is too repetitious for your songs?

In the field of advertising, it is widely accepted that the more times we are exposed to an ad—whether it is on television, radio, online, or in print—the more likely we are to remember it and be affected by it. While there is no specific number of exposures that guarantees a message will be retained, a study from Microsoft concluded that for retention of audio messages, hearing the message six to twenty times was optimal. This same principle applies to music and lyrics, and a look at today’s hits reveals that melodic, rhythmic, and lyric repetition is found in virtually all of them.

Some people are afraid their melodies will be too simplistic; too repetitious—but an analysis of many of today’s top hits reveals that melodic repetition is the norm. Listen to your favorite current songs and you’ll likely hear rhythms and melodies repeated over and over within each section. Simplicity can be your friend. I’m not trying to be Tchaikovsky, I want to write melodies that children, listeners of any age, and non-singers can sing along with—melodies that insinuate themselves into listeners’ brains and stay there.

Try being “too repetitious.” You can always scale it back—and it just might be the ticket to a hit.