Posted in MusicWorld on January 20, 2017 by Jason Blume 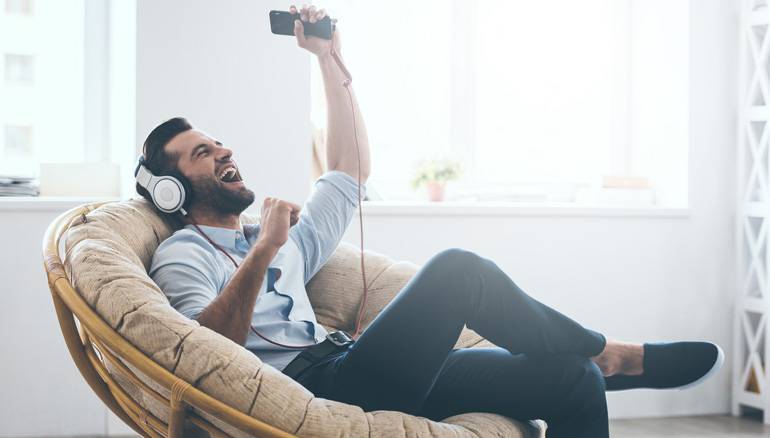 Turning the page on a new year is exciting! We get 365 new opportunities to accomplish goals and live our dreams. But success is rarely realized by dreaming unless it is accompanied by action. So … here are some tips to help you attain all that you hope for in the coming year.

“If you don’t know where you are going, you might wind up someplace else.”
—Yogi Berra

Having a goal infuses your life with purpose, richness and meaning. It gives you something to reach for, something to aspire to. By identifying our short-term and long-term goals, we can focus on the actions and steps that can bring us closer to achieving what we hope for. Without a clearly defined objective we are shooting arrows in the dark, and the chances of hitting a bull’s-eye will be pretty slim.

Of course, not every goal can be reached. If my goal is to have a #1 song on the charts by next week, I will need to write the song, record a demo, place it with an artist, have them record it, and have it climb to the top of the charts—all in the next seven days. That’s not going to happen. If my objective is to secure a #1, my best course of action is to plot out a course and focus on the individual, measurable steps that I can take.

Back when I was putting on my uniform of a jacket and tie and driving an hour each way in bumper-to-bumper freeway traffic to feed paper into a shredder eight hours a day, I would search my soul, looking for the one next thing I could do to bring me closer to earning a living from my songs. I knew I’d been born to create music—not to create mountains of shredded paper. During my breaks I would seek intuition to show me the route to the top of the Billboard charts. I always received answers. Some of those answers were:

None of these actions in and of themselves produced instant success. But combined, they all kept me moving forward and ultimately contributed to my achieving my goals.

Carve Out the Time

I not only needed to isolate specific actions to take, I needed to stipulate the times when I would take those steps. I am far more likely to follow through with my commitment if I state, “I will spend two hours this Thursday evening (7 p.m. till 9 p.m.) learning how to use a drum machine,” than if I make a vague promise such as, “I’m going to learn how to use a drum machine.”

We can’t make more time. Doing so is something that even the most creative among us has never been able to master. So it is up to us to decide how we allocate our most precious resource. We can choose whether to spend our minutes surfing the Internet, zoning out in front of the TV, playing solitaire, or taking one of the steps we have isolated that might propel us further along the road to our goals.

We all have responsibilities and obligations that compete with our “creative” time. But those who are successful find ways to juggle creative pursuits with their other commitments. When I was working temp jobs it worked well for me to wake up one hour early each morning and devote that time to writing songs—before a long, exhausting day could dull the spark of my creativity. I wrote my first book, 6 Steps to Songwriting Success (Billboard Books) while I was signed to a music publishing company as a staff-writer, by writing from 6 a.m. till 9 a.m. Monday through Friday for eighteen months, before heading to Music Row to write songs. I could not write a book in a day, a week, or even a month. But I could write one or two pages a day, and at the end of eighteen months, those pages added up to a finished book.

Prior to landing that staff-writing deal, in addition to writing in the morning, I found it helped if I separated myself from the role I took on during the work day by taking a twenty-minute nap and a quick shower when I got back home, changing out of my business clothes, and lighting a candle. I felt refreshed and was better able to access my creative self.

Another strategy was to schedule a writing appointment, a time to pitch songs, or some other task to further my career, and write that in my calendar. Doing this helped me to live up to that commitment just as I would if I had scheduled any other appointment. Not everyone can be creative in the morning, nor is it feasible for everyone to carve out time in the evening. For some people the key might be to allocate part of each weekend as their time to be creative. If success is a priority, each of us must use a bit of our creativity to delineate some time designated for the pursuit of our goals.

We get to write the pages of our life stories with the words and actions we choose. If you feel you need permission to pursue a life that allows you to express your creativity to its fullest and enjoy the rewards of doing so, I hereby grant you permission to follow your dreams and create all the success you hope for—and more!

Regardless of how passionate we feel about our work there are likely some aspects of it we’d rather not do. Some tasks become “frogs” because we fear them or feel inadequate to accomplish them. Others are simply things we dislike doing. For example, I’ve heard countless songwriters say, “I love writing songs, but the thought of attending music industry events or pitching my songs to publishers ties my stomach in knots. I wish I could just get paid to write songs and have someone else take care of the business.” But the music business is a business, and those who succeed in it tend to be those who excel at both the music and the business.

It can be helpful to create a “to do” list and accomplish the tasks you’d rather not do first. Getting rid of those frogs provides a sense of accomplishment, frees up creative energy, and brings us closer to our goals.

Develop Persistence and a Tough Skin

Western Union chose not to purchase Alexander Graham Bell’s patent for the telephone, declaring that it was little more than a toy. Fifteen publishers passed on an unknown J.K. Rowling’s story about a boy wizard, and The Beatles were famously rejected by Epic Records with the statement, “Guitar groups are on their way out.”

Rejection and disappointment pave the road to success. There are countless stories of superstar recording artists who faced repeated rejections, songs that took years before finding chart success, and GRAMMY-winning songwriters who were turned down by numerous music publishers.

Those who are given the double-edged gift of creativity need to have the tender, open heart of an artist—surrounded by the armor of an armadillo. Rejection is to be expected—it is part of the package. Creative people tend to be sensitive, and rejection hurts. Remind yourself that it is not you that is being rejected—it is one particular song or batch of recordings.

Remember: the fact that you might not be where you hope to be today does not preclude you from achieving all you hope for—and more—at some point in the future.

The key is to dust yourself off, give yourself a little time to lick your wounds then channel those painful emotions into positive actions. For example, instead of allowing rejection to crush you, decide “I’ll show them how amazing my music can be. I’ll keep working at this until my songs are undeniable!”

If we don’t believe our goals are attainable, we won’t take the steps that can bring us closer to them. So remind yourself that every person who is now enjoying success began with nothing more than a dream—and the willingness to do whatever it took to achieve their goals. While success can’t be guaranteed, it is possible.

Complaining about the state of the music business, the current hits, and the roadblocks you face won’t bring you closer to your goals, but it will make you someone to whom successful, positive people are unlikely to be drawn. Cultivate gratitude for the amazing gift of creativity you’ve been given and honor it by doing everything in your power to hone your skills and maximize the chances of your dreams coming true.

Remember: each new year delivers breakthrough successes to a new crop of recording artists, songwriters, and music business professionals. Trust that you are on a journey that can deliver you to success, take the steps that will maximize your chances of attaining your goals, and be sure to enjoy the ride.

Jason Blume is the author of 6 Steps to Songwriting Success, This Business of Songwriting, and Inside Songwriting (Billboard Books). His songs are on three Grammy-nominated albums and have sold more than 50,000,000 copies. One of only a few writers to ever have singles on the pop, country, and R&B charts, all at the same time—his songs have been recorded by artists including Britney Spears, the Backstreet Boys, the Gipsy Kings, Jesse McCartney, and country stars including Collin Raye (6 cuts), the Oak Ridge Boys, Steve Azar, and John Berry (“Change My Mind,” a top 5 single that earned a BMI “Million-Air” Award for garnering more than one million airplays). Jason’s song “Can’t Take Back the Bullet” is on Hey Violet’s recent EP that debuted in the top-10 in twenty-two countries and reached #1 throughout Scandinavia and Asia. He’s had three recent top-10 singles and a “Gold” record in Europe by Dutch star, BYentl, including a #1 on the Dutch R&B iTunes chart, and most recently ventured into the world of EDM with the international release of “Higher Than Heaven” by Xavi & Gi (featuring Adara).

Jason’s songs have been included in films and TV shows including “Scrubs,” “Friday Night Lights,” “Assassination Games,” “Black or White,” Disney’s “Kim Possible” “Dangerous Minds,” “Kickin’ It Old Skool,” “The Guiding Light,” “The Miss America Pageant,” and many more.  Jason is in his twentieth year of teaching the BMI Nashville Songwriters workshops. A regular contributor to BMI’s MusicWorld magazine, he presented a master class at the Liverpool Institute for Performing Arts (founded by Sir Paul McCartney), served as a consultant on the state of the music business for CNN International, and teaches songwriting throughout the U.S., Australia, New Zealand, Norway, Ireland, the U.K., Canada, Bermuda, and Jamaica.