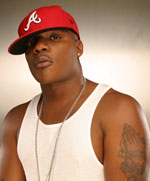 Congratulations to BMI Award-winning songwriter Sean Garrett, who scored big with the top three songs on the Billboard Hot 100 Chart for the second consecutive week. Garrett is credited with the hit singles "Grillz" by Nelly featuring Paul Wall, Ali and Gipp, "Check On It" by Beyoncé featuring Slim Thug and "Run It!" by Chris Brown in the one, two and three positions, respectively. This accomplishment adds more shine to an already sparkling songwriting and production career that also includes numerous Grammy nominations.

He also co-wrote the Usher smash "Yeah!", which was named BMI's 2005 Urban Song of the Year, and received additional BMI Urban Awards for Ciara's "Goodies" and the Destiny's Child hit "Lose My Breath" at the same ceremony.

Garrett has lent his songwriting expertise to a number of BMI-sponsored events, including last year's Songwriter101.com panel at the DIY Convention and the 2005 Kauai Music Festival.

A soulful r&b vocalist, Garrett inked his first recording contract with Ariola/BMG at the age of 17 while living in Europe. He was in the process of signing a deal with Warner Bros. when he returned to the States a few years later, but the velvety-voiced prodigy never released an album.

After taking a few years off to attend college, the 27-year-old landed a job as a mortgage broker but quickly realized that his heart wasn't in it. He cites losing his mother as a pivotal moment in his career, when he finally decided to turn his passion for songwriting into his profession.

Having a knack for writing outstanding hits that appeal to a wide fan base, Garrett has established himself as the go-to man for a surefire hit. He has worked with a dazzling array of A-list talent, from Kanye West, Jennifer Lopez, Ciara, Fantasia, Bon Jovi and Janet Jackson, to Destiny's Child, 112, Mario Winans, Donnell Jones and Christina Milian.