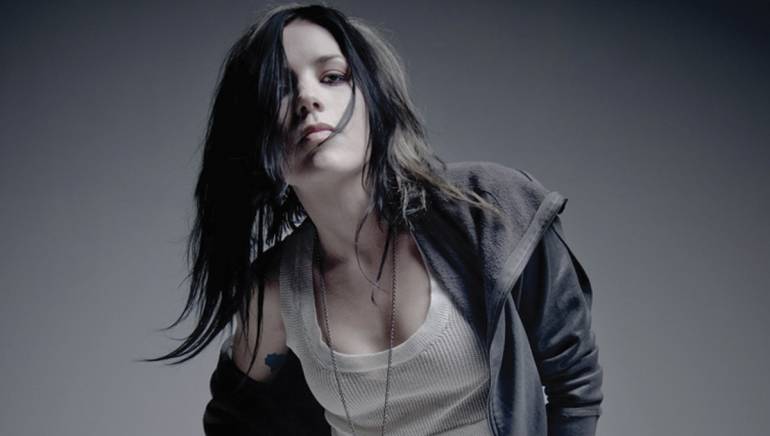 In a reprise of her pivotal performance at this year’s Grammys, Skylar Grey joined Eminem for his headlining set on the second night of Lollapalooza in Chicago. Once again the pair ran through the now chart-topping “I Need a Doctor,” only this time, Grey and Eminem were sharing the spotlight.

Along with her own slot on BMI’s stage earlier that same day, Skylar Grey’s appearance before a festival audience of 90,000 cemented her as not only an emerging artist, but one ready to seize the moment she’s built toward with remarkable steam. That trek began with “Love the Way You Lie,” penned by Grey and fashioned into an incendiary duet by Eminem and Rihanna last year; it topped charts, shattered digital sales records — totaling 9.3 million copies in 2010 — and earned a Grammy nomination.

Hand-in-hand with Grey during her swift rise has been English beat-making phenom Alex da Kid. The producer’s towering, dystopian soundscapes proved the ideal foil to Grey’s emotive vocals on a streak of hip-hop hits with Diddy-Dirty Money, Lupe Fiasco and Dr. Dre. “It’s natural,” Grey says of her bond with Alex. “We’re both brutal about stuff — we don’t get precious.”

The two have harbored a fairly exclusive partnership for the better part of this year, pouring effort into Grey’s debut as a solo artist. Invinsible, her first album, charts what the singer/songwriter has called a transition from invisibility to invincibility. The beginnings of that progression are outlined by Grey’s single “Invisible,” a confessional ballad with a grinding, industrial breakbeat.

It’s a stark contrast to “Dance Without You,” Invinsible’s first single. As she describes working with Alex, the pulse of “Dance Without You” begins to sound more representative of the album, due in November: “We have clashes all the time; there’s no other way to make great music with somebody,” she says. After a pause, she adds that their goal is to push the music to the point that’s “almost uncomfortable.”

Check out the original demo of “Love the Way You Lie,” sung by Skylar Grey. Learn even more about her at skylargreymusic.com.