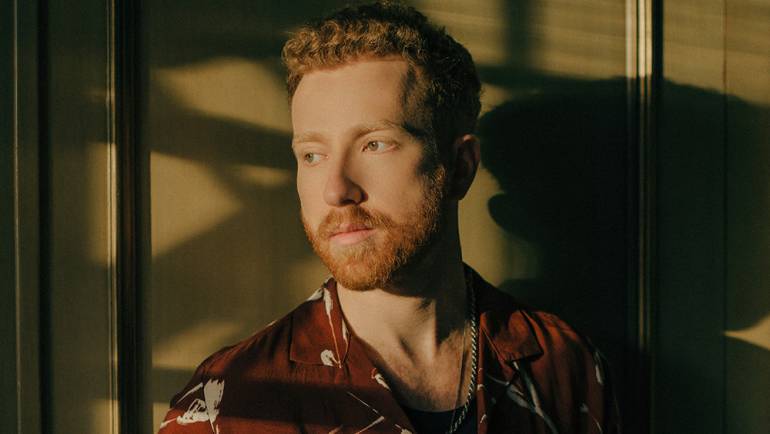 JP Saxe is a busy man and a prolific singer/songwriter. Since releasing his first single, “Changed,” in 2017, he has distinguished himself with a succession of lilting pop songs that delve into matters of the heart, at times with almost disarming intimacy. Having already co-written alongside BMI songwriters like Carmen Reece, Jin Jin and BMI Icon Babyface, Saxe was launching a burgeoning career as a solo artist, driven by emotionally resonant songs like “25 in Barcelona” and “Same Room.” With the release of his collaboration with Julia Michaels, “If the World Was Ending,” in October of 2019, Saxe was finding his stride. Then, the pandemic happened.

Looking to give back during a time of so much suffering, Saxe and Michaels decided to re-release their acclaimed single in April of 2020 together with an incredible team of singer/songwriters like Sam Smith, H.E.R., Alessia Cara, Niall Horan, Keith Urban and Finneas O’Connell, each contributing different parts while self-isolating. All proceeds from the single and music video benefitted Doctors Without Borders. The track earned Saxe his first GRAMMY-nomination.

Since then, Saxe has been hard at work on his debut LP, slated for release June 25, and, given the confessional nature of his songwriting, fittingly titled Dangerous Levels of Introspection. BMI caught up with Saxe to learn more about his creative process and his journey so far. Here’s what he had to say.

When did you know you wanted to be a songwriter?
I don’t think I, at 14 years old, thought to myself, ‘I want to be a songwriter for a living,’ but I did think, ‘oh wow, songs really allow me to get to know myself in a way that nothing else has up to this point in my life,’ and that has remained true to this day.

Tell us the story behind this new project.
There are 7,000 stories behind this project, so it’s hard to pick just one, because the album is a culmination of stories from life for the last eight years of my life, and writing these songs, in many ways, helped me come to terms and understand a lot of different parts of my life. I hope that the songs will allow people listening to them to do a similar thing.

What is the secret to a fruitful collaboration?
If I knew the secret to a fruitful collaboration, I would have a 100% batting average, but songs are pretty mystical things, and I don’t always know what leads to them working. I try to only work with people who I love, because if you share a taste, it’s a lot easier to get to something you love if you agree when it’s good at the same time.

How did “Line by Line,” your collaboration with Maren Morris, come about?
Well, I’m a huge fan of Maren. It was our second day writing together. I don’t remember what sparked the song exactly, but we were just talking about the intricacies of being songwriters who date other songwriters and, like I was saying, right out from the conversation came that song.

You were nominated for a GRAMMY for your collaboration with Julia Michaels. How did that feel?
I don’t think I’ve actually internalized it, yet. It’s still one of those life events that is of bigger importance to me, emotionally, than I’ve known how to really embrace, so I’ll have to get back to you on that. I have a medal, though, which makes me feel fancy.

You re-released “If The World Was Ending” around this time last year with a group of some of today’s most important songwriters and donated the proceeds to Doctors Without Borders. How did that project come about?
Well, around this time last year, Julia and I were seeing a lot of our friends cover “If The World Was Ending” because it was on their minds, and we saw enough of them that we thought maybe we could put these together and have it do something good. I have a friend who works with Doctors Without Borders, so I reached out to her. We reached out to a bunch more friends and asked them to send us clips of them singing the song. Then [producer Ben] Rice put it all together and we’ve raised over $60,000, so I’m proud of that little video.

Any advice for aspiring songwriters looking to emulate your success?
Journal a lot, and then try to tell the truth. Don’t try to impress people, just try to be honest.

What role has BMI played in your career thus far?
I felt really pretty great when they gave me a BMI award.