Posted in MusicWorld on November 19, 2021 by Jason Blume 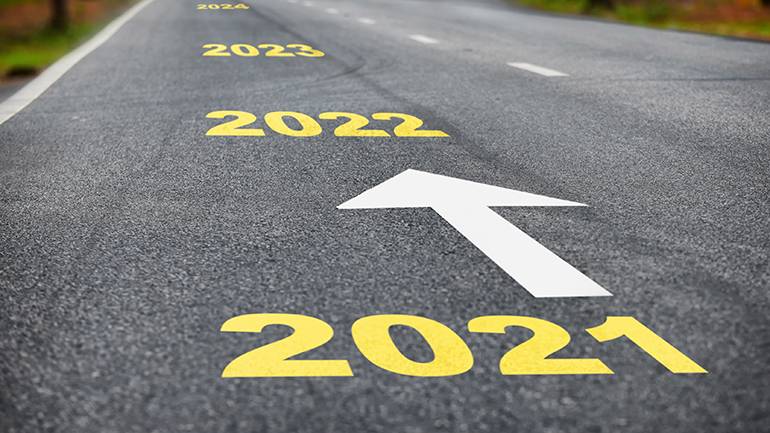 The end of a year—and the beginning of a new one—is a perfect time to reassess our goals and recommit to them. I hope that revisiting the excerpts that follow will help you all attain a successful 2022.

Excerpt from “Bring Me Something New—What Song Publishers Really Mean”

I forwarded three songs to a list of publishers who have agreed to listen to songs that I screen. One of the publishers responded, “This song is very well written and commercial. But I’ve already got this kind of stuff by the dozens.”

When I shared this comment on Facebook, I was overwhelmed by the number of responses stating that publishers, record labels, and artists claim they want something new, but the writers keep hearing the “same old—same old” on the radio. I certainly empathize with the frustration of having songs rejected, but I have a different perspective.

Publishers and record label executives are not songwriters’ adversaries. They do not have a vested interest in passing on our songs. To the contrary, their careers ride on finding songs that will rise above the hundreds of other songs being pitched, as well as those written or co-written by recording artists. They have to sit across from producers, artists, and A&R execs and blow them away, knowing that a major record label will likely invest a lot of money to promote a single.

When publishers say they want something new they are NOT looking to reinvent the wheel. They need songs that sound like they belong on playlists of successful songs in specified styles—songs with universal appeal that have a new lyric angle and a fresh melodic or rhythmic approach. They seek songs that grab attention—in a good way; songs that push the envelope—not toss it out.

Regardless of our musical genre, we need to find compelling reasons to make music industry professionals believe our song has a better chance of elevating an artist’s career than any other song under consideration. If we want hit songs, we will have our very best shot if we incorporate concepts, lyrics, melodies, rhythms, chords, and production elements that will make music industry pros, recording artists, and fans think, “Wow, I’ve never heard it done that way before!”

To showcase our songs to their best advantage we need to produce demos that demo-nstrate their hit potential. Those tasked with screening hundreds—if not thousands—of songs cannot be expected to imagine how your song might sound if it had a different groove, a memorable guitar lick, or a different tempo. If you hear strings on the chorus, include them (or a digital approximation) on the demo. If you envision a hooky guitar lick in the intro, include it. A unique vocal harmony part? Include it.

In many instances a publisher will ask, “Who do you hear this song for?” Be ready with a list of artists for whom your song could genuinely be a good fit.
It can be beneficial to plant ideas such as, “This song could work well for artists similar to Carrie Underwood, Miranda Lambert, or Maren Morris. In addition, it could be well-suited for placement in commercials that are seeking to evoke a sense of happiness.”

First impressions matter. As I shared in my article, “5 Things to Do in the First 30 Seconds of Your Song,” there are tools we can incorporate to command attention and telegraph that our song is not just “good”—it is exceptional:

Present Yourself as a Professional

Songs and recordings are continually evolving. Pop songs have gotten shorter and hip-hop songs have gotten longer. Power ballads and the AABA song form have fallen out of vogue and much of the traditional sounds of country have been replaced by songs with unmistakable pop and hip-hop influences. A post-chorus, a section that adds a new vocal hook at the end of a chorus, is now included on more than half of all pop hits.

While some people decry the changes, I find them exciting. Music in every genre changes, pushing envelopes and challenging listeners. If it didn’t, it would become stale and predictable. But one thing never changes: listeners crave songs that touch their hearts; songs that make them feel understood; songs that make them want to dance or sing along; songs that become an indelible part of the soundtrack of their lives.

Excerpt from “5 Mistakes to Avoid When Casting Your Songs”

While a film or TV show’s casting director is tasked with finding the right actors for a given role, those of us who create and represent songs have the job of identifying the ideal artists for our songs. Whether you are a songwriter pitching your own material or a music publisher hoping to place songs from your catalog, the ability to identify artists for whom your songs are a perfect fit is crucial.

Are your lyrics as edgy as those the artist has previously recorded? Are they incorporating jargon and lingo that is consistent with what is heard in the genre? Are the words age-appropriate? From what you have read and heard about the artist, and from their previous songs, be sure the lyrics are consistent with the artist’s values. Don’t send them a song that contradicts their beliefs.

In my article, “Are Your Songs Too Rangy?” I noted that singers who have exceptionally wide ranges tend to record songs that allow them to showcase that element. Some recording artists have a more limited vocal range, in some cases spanning approximately an octave and a third. Most of these artists have a distinctive, instantly identifiable sound that contributes more to their appeal than the inclusion of high or low notes. When pitching songs for these singers, it is important to be sure the melodies do not exceed their vocal ranges and will be comfortable for them to sing. If you have a song you think would be a perfect fit, if only it didn’t include so much range, consider writing a version, that is less demanding of the vocalist.

A common mistake I observe is pitching an artist a song with a topic the artist has addressed in a previous song. The problem with this approach is that artists are likely to feel, “been there—done that.” Artists need to evolve in order to maintain long, successful careers. Our job is to provide songs that can take artists to a next level—songs with music, lyrics, and productions that push the creative envelope and break new ground—not ones that revisit their previous hits.

When you consider pitching a song to an artist, ask yourself:

If you can answer “yes” to these questions, you are on your way to finding the perfect home for your song!

Wishing you hits and happiness in the coming year!

Jason Blume is the author of 6 Steps to Songwriting Success, This Business of Songwriting, and Inside Songwriting (Billboard Books). His songs are on Grammy-nominated albums and have sold more than 50,000,000 copies. He has been a guest lecturer at the Liverpool Institute for Performing Arts (co-founded by Sir Paul McCartney) and at the Berklee School of Music, and has been interviewed as a songwriting expert for CNN, NPR, the BBC, Rolling Stone magazine, and the New York Times. For information about his workshops, webinars, additional articles, and more, visit www.jasonblume.com.