Posted in MusicWorld on September 24, 2021 by Jason Blume 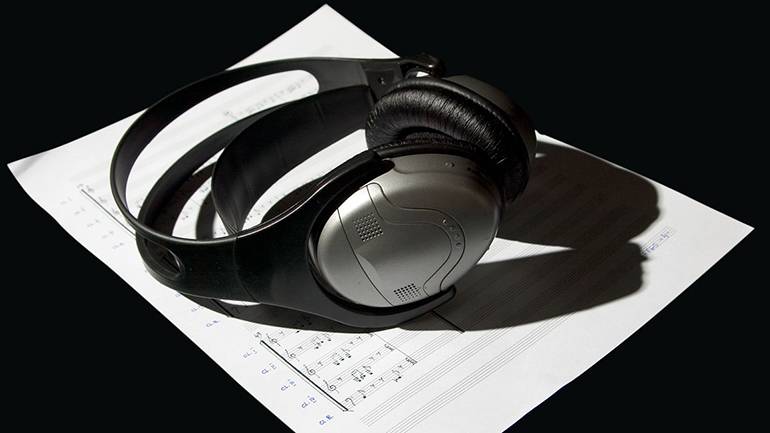 While a film or TV show’s casting director is tasked with finding the right actors for a given role, those of us who create and represent songs have the job of identifying the ideal artists for our songs. Whether you are a songwriter pitching your own material or a music publisher hoping to place songs from your catalog, the ability to identify artists for whom your songs are a perfect fit is crucial. Let’s look at how to avoid five mistakes that are frequently made when casting songs.

Many times, artists who write and record their own material also write for fellow artists. For example, Taylor Swift penned Little Big Town’s “Better Man,” winning the Country Music Association’s Song of the Year award, as well as a GRAMMY nomination. Maren Morris wrote Tim McGraw’s “Last Turn Home” (written with Eric Arjes and Ryan Hurd) and Kelly Clarkson’s “Second Wind” (written with Shane McAnally and Chris DeStefano). In addition to his own hits, country star HARDY has written hit singles for artists including Blake Shelton, Florida Georgia Line, and Morgan Wallen. And, if you’re hoping to pitch songs to Dolly Parton, you will need to beat anything the amazing Ms. Parton could write— remember, this is the woman who wrote the iconic songs, “Jolene” and “I Will Always Love You” in the same day!

Take a look at your lyric and answer these questions:

Are they as edgy as those the artist has previously recorded? Are they incorporating lyrics that are consistent with what is heard in the genre?

While one lyric might work well for a mature country artist, something else would be more appropriate for a song intended to be pitched to a young male pop or R&B singer.

I am not suggesting you write in a manner that feels phony or forced. If the style of language required by a genre seems foreign to you, you might seek a co-writer for whom that style comes naturally. (This applies to musical styles, as well as lyrics.) Your competition will include lots of writers for whom this style of writing is second nature—and “real” is tough to beat.

Are the words age-appropriate?

A common pitfall is pitching a song with a lyric that is only appropriate for an artist who is older than the one you are targeting. For example, it is unlikely that a twenty-something artist will sing about watching his or her children grow into adults, or looking back over the decades of a relationship.

In addition, from what you have read and heard about the artist, and from their previous songs, be sure the lyrics are consistent with the artist’s values. Don’t send them a song that contradicts their image.

Great artists need melodies that showcase their talent, songs that give them an opportunity to shine. In my article, “Are Your Songs Too Rangy?” I noted that singers who have exceptionally wide ranges tend to record songs that allow them to showcase that element. The first time I heard Celine Dion’s high F# in the third chorus of her hit “Taking Chances” (written by Kara DioGuardi and Dave Stewart) it practically took my breath away. The song encompasses two full octaves, from an F3 to the F3 two octaves above. I had a similar reaction when I heard Carrie Underwood’s “Cry Pretty” (written by Carrie Underwood, Liz Rose, Lori McKenna and Hillary Lindsey) which goes from a D# to the D# two octaves above.

Some recording artists have a more limited vocal range, in some cases spanning approximately an octave and a third. Most of these artists have a distinctive, instantly identifiable sound that contributes more to their appeal than the inclusion of high or low notes. When pitching songs for these singers, it is important to be sure the melodies do not exceed their vocal ranges and will be comfortable for them to sing. If you have a song that you think would be a perfect fit, if only it didn’t include so much range, consider writing a second version, one that is less demanding of the vocalist.

A common mistake I observe is pitching an artist a song with a topic the artist has addressed in a previous song.

The problem with this approach is that artists are likely to feel, “been there—done that.” Artists need to evolve in order to maintain long, successful careers. Our job is to provide songs that can take artists to a next level—songs with music, lyrics, and productions that push the creative envelope and break new ground—not ones that revisit their previous hits.

When you consider pitching a song to an artist, ask yourself whether they are open to material they did not write; is the song consistent with current songs in the genre; are the lyrics appropriate for the age and style of the artist; will the range showcase the artist’s vocal abilities without exceeding it; and do the melody and lyric break new ground for this singer. If you can answer “yes” to these questions, you are on your way to finding the perfect home for your song!

Jason Blume is the author of 6 Steps to Songwriting Success, This Business of Songwriting, and Inside Songwriting (Billboard Books). His songs are on Grammy-nominated albums and have sold more than 50,000,000 copies. He has been a guest lecturer at the Liverpool Institute for Performing Arts (co-founded by Sir Paul McCartney) and at the Berklee School of Music and has been interviewed as a songwriting expert for CNN, NPR, Rolling Stone magazine, and the New York Times. For information about his workshops, webinars, additional articles, and more, visit www.jasonblume.com.