Posted in MusicWorld on August 14, 2019 by Jason Blume 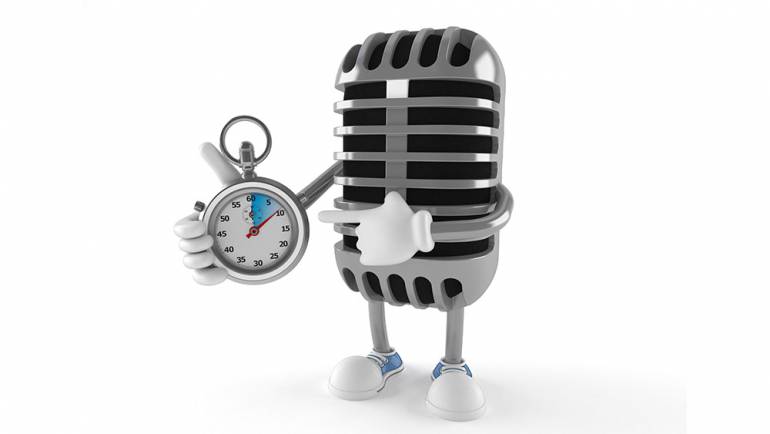 During a recent song critique, I turned off the recording after listening to the first verse and chorus. The writer protested, “But you’ve got to keep listening. It all comes together in the bridge and then the last chorus explodes!” That might have been the case, but the chances are miniscule that any busy professional will listen to your bridge (or anything beyond the first chorus) unless you have captivated them with your first verse and chorus.

As assistant to the Director of A & R for RCA and BMG Records in Los Angeles and in my capacity as production coordinator for a top Nashville producer, most days I drove home from work with a box overflowing with CDs that contained songs that had been submitted to be considered for our artists. An additional box contained CDs and press kits for artists seeking a record deal.

While stuck in bumper-to-bumper traffic, I would pop in a CD and in most instances, I made my assessment in the first thirty seconds. To be sure I wasn’t missing something, I typically listened until about halfway through the first chorus. But an unconscious decision had been made much sooner than that, and it’s a lot harder to overcome a bad first impression than it is to grab your listener from the start.

The tools described below can help you telegraph that something special is coming – as opposed to simply a well-crafted song.

Start with a Hooky Signature Lick

Opening your song with a catchy instrumental or vocal signature lick, an instantly identifiable melodic motif, can be the ticket to grabbing a listener’s attention. It is the first thing they will hear when listening to your song—your first opportunity to let them know they are listening to something exceptional—or not. If your melodic hook is played on an instrument (or uses a keyboard generated sound) that is not typically heard in the genre you are writing for, it has an even better chance of jumping out of the pile.
Some of my favorite signature licks are Little Big Town’s first #1 on Billboard’s Hot Country Chart, “Pontoon” (written by Barry Dean, Natalie Hemby, and Luke Laird) and Rascal Flatts’ “What Hurts the Most” (written by Jeffrey Steele and Steve Robson).

For more information about signature licks check out my BMI The Weekly article “What’s the Difference Between a Signature Lick and an Intro?”.

Be Sure Your Recording Is Up to the Industry Standard

When recording a demo, regardless of whether it is a stripped-down guitar/vocal, keyboard/vocal, or a full band production, the quality of your recording instantly sends a message that tells your listeners whether this submission came from an amateur or a pro writer. While top-tier superstar songwriters might be able to place their songs with rough recordings, or even a live performance, most of us need to present demo recordings that clearly demonstrate the hit potential of our song. To achieve this, we need vocal and musical performances that “sell” the song; a mix that allows listeners to hear the words; and an overall sonic quality and clarity that is in line with what the competition is producing.

Use Fresh Rhythms in the First Lines of Vocal Melody

Incorporating unpredictable rhythms in your verse melodies is one of the most effective ways to announce that your song is something special. To hear some outstanding melodies that include fresh rhythms, listen to the opening lines of the songs that follow: Taylor Swift’s “Look What You Made Me Do” (written by Taylor Swift with Jack Antonoff, Fred Fairbrass, Richard Fairbrass, and Rob Manzoli). In Shawn Mendes’ “If I Can’t Have You” (written by Mendes, Teddy Gieger, Nate Mercereau, Scott Friedman, and Dmitry Fedorov) and the Jonas Brothers’ “Sucker” (written by Joe, Paul, and Nick Jonas, Ryan Tedder, Louis Bell, Adam Feeney, and Carl Rosen) the writers began the verse with an instantly memorable, unexpected rhythm in the vocal melody.

It is interesting to note that both “If I Can’t Have You” and “Sucker” further grabbed immediate attention by launching into the verse with no intro, a production element that is not typically heard on pop radio.

Strong opening lines of lyric might pique listeners’ interest by using a variety of tools. Some grab attention by asking a question or setting up an intriguing scenario, as the writers did in Hinder’s “Lips of an Angel” (written by Lloyd Garvey, Ross Hanson, Brian Howes, Mark King, Michael Rodden, and Austin Winkler). “Lips of an Angel” starts with the singer asking the person on the other end of the phone line why she is calling so late. It is followed by the singer saying that it’s hard to talk right now. These lines instantly draw the listener into the story, wondering what is happening. Jack Ingram’s version of that #1 pop hit reached #16 on Billboard’s country music chart.

Other ways to make your opening lyrics jump out of the pile include using unexpected words or phrases and finding new ways to express your concept. For some exceptional examples of opening lines of lyric listen to Simon and Garfunkel’s classic “Sound of Silence” (written by Paul Simon). Lady Antebellum’s Song of the Year GRAMMY-winner “Need You Now” (written by Charles Kelley, Hillary Scott, Josh Kear, and Dave Haywood) and Imagine Dragons’ GRAMMY-nominated “Radioactive” (written by Ben McKee, Alexander Grant, Joshua Mosser, Dan Reynolds, and Wayne Sermon).

One of the biggest pitfalls I hear when I critique songs is melodies that “work” with the chord changes (meaning there is no rub or dissonance) but fail to distinguish themselves as something special. By incorporating unpredictable, distinctive melodic intervals (the number of musical “steps” between notes) in our opening melodies, we can immediately hook listeners in.

Note that the melody of the opening line of Dolly Parton’s self-written, iconic hit “Jolene” spans an entire octave. The song has been covered by The White Stripes, Miley Cyrus (Parton’s goddaughter), and was a GRAMMY-winning duet by Parton and Pentatonix. Additional songs with interesting intervals in the opening melodies include Khalid’s “Talk” (written by Khalid with Guy Lawrence and Howard Lawrence) and Garth Brooks’ GRAMMY-nominated “Friends in Low Places” (written by Dewayne Blackwell and Bud Lee).

Put the opening thirty seconds of your song under a proverbial microscope. Imagine your listener has his or her finger on the “stop” button. Be sure your recording is up to the industry standard and that your lyrics, melodic intervals, rhythms, and instrumental licks are compelling enough to make a listener crank up the volume instead of moving on to the next song. Use these tools to grab your listeners from the very start – and don’t let go!