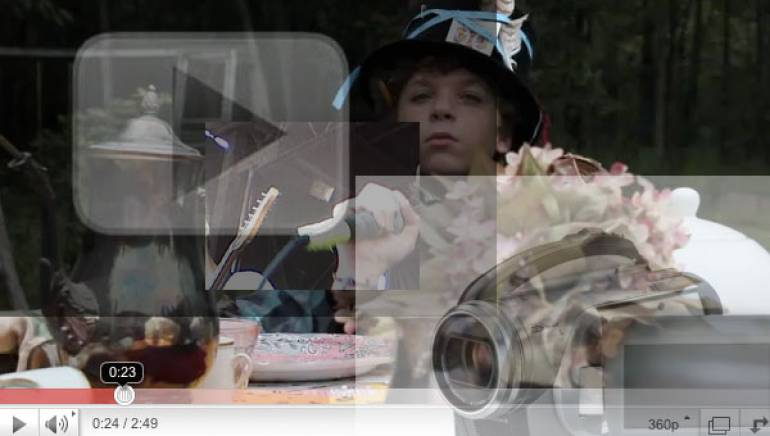 According to media-research firm Nielsen, nearly 10 billion videos were streamed during the month of June 2010 in the U.S. alone, with usual suspects like YouTube, Facebook and Hulu accounting for the majority of the viewing activity. While the video revolution has been blossoming for years, the Nielsen data should serve as a wake-up call to any artist who has yet to fully exploit this tremendously expanding medium. Whether you’re new to the likes of Facebook, YouTube et al, or already have an established network of friends/fans, knowing how to craft and upload premium quality video-with-audio content is key to advancing your cause.

Fair enough. But what’s this got to do with home audio recording technique? Glad you asked. Online clips of your Uncle Charlie’s wedding are one thing but when it comes to capturing a live music performance, even the slickest piece of video will be rendered useless if accompanied by a wretched audio track.

Hence, the most important part of the job: making sure that you sound as good as you look, if not better.

Luckily, even the most basic video software on the market today allows you to easily manipulate the audio that accompanies a video production, whether recorded simultaneously during a live performance, or synced to a pre-existing video production. Because the audio can be treated as a separate document, you’ll have the ability to tweak performance miscues, or even augment parts that weren’t properly recorded during the performance itself (don’t worry, the big shots have been doing it for years).

Recording Your Video
A big budget isn’t required to put together a halfway decent video presentation; even camcorders under $200 are capable of delivering suitable-quality, easily uploadable video (i.e., resolution of 640 x 480 at 30 frames per second or higher). Once you’re done shooting, you’ll also need a processing program to “capture” the digital footage to your computer, as well as edit and manipulate the saved material. Products like Pinnacle Studio HD, Avid Liquid 7 or Sony Vegas Movie Studio cost as little as $50 and can still get the job done nicely.

Whether you’re setting up in a studio environment or, more likely, capturing a live performance of your music, start by making sure you have plenty of good lighting in order to avoid washed out or grainy images. Because music venues tend to be dimly lit, try to keep the camera as close to the stage action as possible. Using multiple cameras will allow you to “cut-in” different portions of video later on (more on this in the next installment), so if you’re looking for something a little spiffier, consider putting a second camera at a slightly different angle or farther back in the room (assuming the room lighting supports this), or perhaps just for close-ups. You may also want to tap an experienced videographer to help out (someone who at least might remember to remove the lens cap beforehand).

Recording Your Video’s Audio
Though a lot depends on the kind of performance you’re trying to capture (a six-piece grindcore outfit will likely require a bit more thought than a two-piece acoustic act), when it comes to audio-with-video recording technique, you have a number of different options. The first, and by far easiest, approach is to simply use your camcorder’s built-in microphone, many of which are capable of producing a stereo image. Additionally, certain camcorders include an “auto-level” feature, using a limiter to prevent distortion from sudden peaks in volume. While not quite studio quality, under the right circumstances this limiting effect can provide you with a nice punchy sound (that also tends to hold up well during the upload/compression process).

If done correctly, miking the performance externally can result in a much more polished product. Again, there are several different methods, the least taxing of which is taking a direct feed off of a sound system’s mixing console by simply attaching a recorder to the board’s “main out” section. Because the signals are coming straight from the stage mics, the sound will be very clean and direct; if the person running the board knows what’s what, you’ll come away with a well-balanced two-track master, all mixed and ready to go.

However, there are several significant drawbacks to using a board mix. First, the sound can sometimes be a little too sterile—unless you have a room mic or two included, there will be little to no ambience (and you’ll likely hear very little audience response as well). Also, any instrument that wasn’t properly miked or isn’t as present in the mix (such as electric guitar or other louder signals) may not be as audible as you’d like.

Which is why it’s generally better to use “dedicated” gear for recording the audio portion of your video. There’s no need to go overboard; one mic each per vocalist, instrument and amp (with an additional overhead drum mic and bass-drum mic) will do just fine. You can also use a direct-input box to patch in bass, keyboards or acoustic instruments outfitted with pickups (particularly if you’re short on mics). Remember, the most important element (the one that will likely be missing from a board mix) is getting a sound that is good and live. Therefore, place 1-2 condenser mics near the back of the room to record the audience, augment the room dynamics, as well as capture any sounds that may not be completely covered in the main mix (such as guitar amps or drums).

Ideally, your best bet is to use a recorder/mixer with enough inputs to accommodate each microphone/instrument signal, thereby making the process of mixing that much easier later on. If, say, you only have a limited number of inputs, you’ll need to do a little advance sub-mixing (i.e., combining vocal tracks, moving the bass onto the drum track, or stacking the guitars). In this situation, always be sure to keep the room/audience mics separate, so you can adjust the amount of ambient sound accordingly.

Of course, having a standalone audio track obviously presents one potential stumbling block: it needs to be combined with the video track. But as you’ll see in the next installment, putting it all back together, as well as making other changes, fixes and embellishments, isn’t nearly as tricky as you’d think.