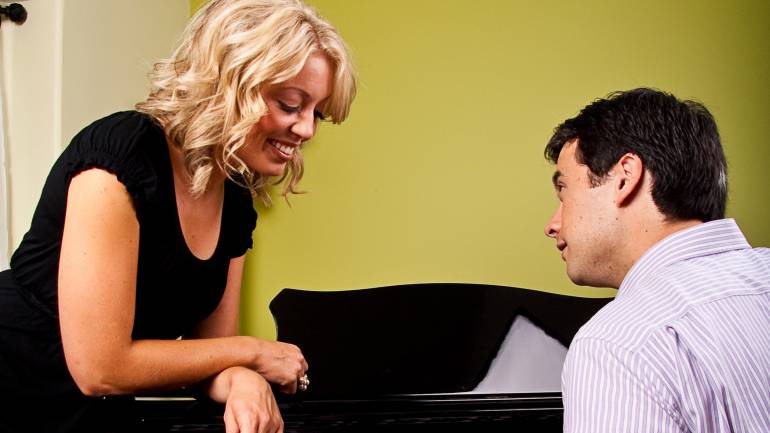 I can’t count how many times I’ve heard songwriters complain that they can’t get a song recorded unless they write it with the artist. It’s true that you would be hard-pressed to find more than a handful of current pop, R&B, hip-hop, rock, Americana, or alternative recording artists who rely solely on outside material–songs they and their producers did not write or co-write. Indeed, many singers and bands never record songs they did not write.

Country music remains the last musical style in which songwriters commonly place songs that were not written with the artist, record producer, or someone else inside the project. But even in Nashville many recording artists write or co-write their material, and that number seems to be growing. In addition to the added credibility and income it brings, by having a hand in their own songs artists insure that the melodies and lyrics feel authentic for them.

Few would question whether writing with a recording artist improves the chances that your song will be on their album, but it is by no means a guarantee. Still, it provides an opportunity to tailor songs that showcase an artist’s melodic strengths, works perfectly for his or her vocal range, and craft lyrics that express the artist’s feelings. It also ensures your song will be given careful consideration.

While writing with a recording artist gives you an “in,” those songs still need to be strong enough to beat the many others the artist and producer will have likely co-written, as well as those pitched by publishers. This sentiment was echoed by Rusty Gaston, co-owner and general manager of Nashville’s This Music Publishing.

My writing sessions with Britney Spears and with multiple members of the Backstreet Boys were arranged by our mutual publisher. (We were all under contract to Zomba Music Publishing.) The stratospheric careers of these artists make it inconceivable that I could have secured these or comparable opportunities on my own.

In the current landscape, a crucial aspect of a publisher’s job is to connect his or her writers with recording artists and record producers. Those who write songs in genres where outside songs are rarely recorded often use their song demos, not necessarily to secure recordings of those songs, but to entice publishers to represent them and artists to write with them.

It is unlikely that writers who are not signed to a publisher or manager, and have not yet established a track record of hits, will be able to plug themselves in to write with well-known artists. For these writers, a good game plan might be to seek up-and-coming artists to write with. By attending writers’ nights, open mics, music conferences, classes (such as the BMI Nashville Songwriters’ Workshops I teach) and performances at local clubs, writers can network and assess aspiring recording artists as potential collaborators.

There are countless instances of songwriters getting their songs recorded as a result of writing with developing recording artists. It is hard to imagine a bigger success story than the pairing of songwriter Liz Rose with a fourteen-year-old Taylor Swift, who was not signed to a record label when they began writing.

Lance Carpenter had never had a major label release when he wrote “Love Me Like You Mean It” with an unsigned artist named Kelsea Ballerini, along with Josh Kerr and Forest Glen Whitehead. That song topped the country music charts.

According to Carpenter who is now signed to Parallel Music, “It’s refreshing when I’m in the room with an artist that knows who they are and what they want to say because when we get a great idea/concept going it’s not just a couple writers guessing how an artist might want to say something. My mindset changes from, “how would I say this” to “how would you say this.” I simply ask ‘how would you say this.’ When you can get an artist invested like that, it makes for some great songs!”

How to Benefit Most by Writing With an Artist

When you get an opportunity to write with a recording artist, asking the right questions can be the key to success. Ask whether there are specific slots on the artist’s next recording project that still need to be filled, and conversely, whether some niches have already been covered. For example, do they need an up-tempo song; a song with depth; a fun, tongue-in-cheek song; or a story song? Do they already have more love songs or ballads than they need? It can also be beneficial to ask whether there is something happening in the artist’s life that he or she is moved to write about. For example, are they facing a break-up; are they head-over-heels in love; celebrating the arrival of a new baby; or recovering from a painful divorce?

If there are songs in contention to be recorded and ones that have already been selected or recorded for the artist’s project, ask what topics those songs address so you don’t rehash subjects the artist already has covered. You might also inquire whether they are seeking—or have already recorded—songs in various time signatures, such as 3/4 or 6/8. Having an inside track might allow you to target a slot that increases your chances of being included in the project.

When I wrote “Dear Diary” (with Eugene Wilde) for Britney Spears’ sophomore album, Britney’s A&R rep asked us to rewrite the lyric of the song’s final verse. We submitted six versions for the record label staff to choose from. The label responded that any of those new verses would work well, but Britney had a specific idea and wanted to know if we would be willing to sit down and write it with her. That was a no-brainer because Britney’s first album had debuted on top of the charts and reached multiplatinum sales levels throughout the world. Although Britney had never previously written a song she was better qualified than Eugene or me to anticipate what her preteen and teenaged fans would relate to. Britney’s idea for our final verse was something I never would have thought of, and it helped make our song a fan favorite on the more than 17 million-selling Oops!…I Did it Again album.

Similarly, when Gary Baker and I wrote with Kevin Richardson of the Backstreet Boys, Kevin’s musical contribution to our song, “Back to Your Heart” was something I would never have thought to write for the band. By writing with the artist, we were able to create a song with a unique musical element that Kevin felt moved to express. That song, which was included on the Backstreet Boys’ more than 23 million-selling Millennium album, allowed Kevin to showcase his keyboard playing and express an aspect of himself that an outside writer would have been unlikely to capture.

Bearing in mind how much may be riding on writing with a recording artist I always come prepared. I bring a variety of song starts to the writing session. These might include titles, lyric concepts, snippets of melodies, chord progressions, rhythms and grooves.

I have had the privilege of working with some artists who are truly exceptional vocalists. Two of my co-writers have earned “Best Vocal” GRAMMY nominations and one of them (Melissa Manchester) took home a “Best Female Pop Vocal” GRAMMY for “You Should Hear How He Talks About You.” But writing with such outstanding singers can present an unexpected challenge. Some artists are so gifted they could sing the telephone book and make it sound like a smash. But no one walks down the street humming a voice. There needs to be a great song––a song that equals or even exceeds the performance. So, when working with such talented singers, at times I have asked them to stop singing because everything they sang sounded so good it was difficult for me to separate the song from the performance.

In these instances, I was better able to assess the quality of the song by singing it myself, recording it, and listening back without being swayed by my collaborator’s performance. I thought I was the only person who experienced this, but other writers who work with top artists have concurred. It’s a good problem to have!

Collaborating with recording artists can be a terrific strategy to advance your career. So, stockpile your strongest lyric and melodic ideas and when you get these important opportunities, ask all the right questions. Maximize your chance of the songs you write with artists becoming the HITS you write with artists.

Jason’s songs have been included in films and TV shows including “Scrubs,” “Friday Night Lights,” “Assassination Games,” “Black or White,” Disney’s “Kim Possible” “Dangerous Minds,” “Kickin’ It Old Skool,” “The Guiding Light,” “The Miss America Pageant,” and many more. Jason is in his twentieth year of teaching the BMI Nashville Songwriters workshops. A regular contributor to BMI’s Music World magazine, he presented a master class at the Liverpool Institute for Performing Arts (founded by Sir Paul McCartney), served as a consultant on the state of the music business for CNN International, and teaches songwriting throughout the U.S., Australia, New Zealand, Norway, Ireland, the U.K., Canada, Bermuda, and Jamaica.