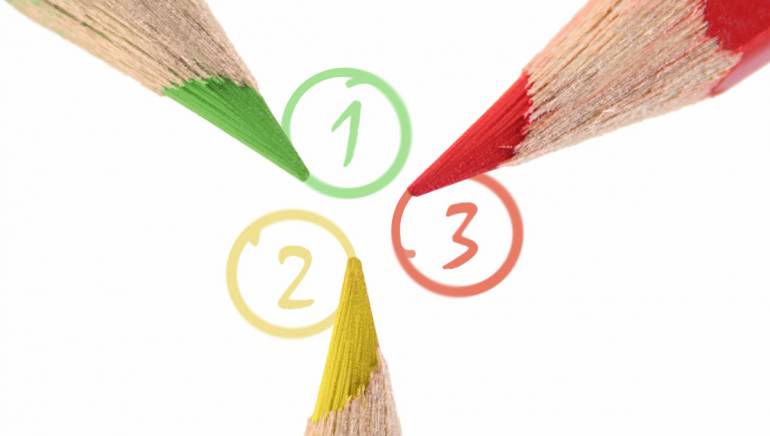 Our goal, when we share a song, is to evoke emotion in our listeners—to have them not only know what the singer is feeling, but to empathize—to feel the emotion. One of the most effective ways to achieve this is by bringing your audience inside the world of your song—showing them a scene unfolding—instead of simply telling them how the singer feels.

Writing lyrics that “show—don’t tell” is one of the basics of songwriting, and is one of the first things taught in almost every songwriting class. But for many songwriters, it’s easier to write lyrics that state how the singer feels. For example: “My heart is filled with happiness”; or, “I’m lonely and my heart is broken.” But while these statements clearly express what the singer is feeling, these types of statements don’t typically evoke emotion in the listener.

By incorporating three elements—action, imagery, and detail—into your verse lyrics, you can write lyrics that tell a story. Note that this tool is primarily intended for verse lyrics. In songs containing choruses, the chorus lyrics tend to be more general. Their function is to be a summation of the concept and to hammer home the title. Telling the story is the domain of the verses.

You might recall from elementary school that verbs are figures of speech that convey action or doing. By incorporating action words you ensure that you are avoiding simply stating feelings.

An easy way to include action is to identify the emotion you are hoping to evoke then ask yourself, “What would a person do if he or she were feeling this?”

Instead of saying, “I’m missing you and my heart is broken,” you might write lines that show what missing someone and being heartbroken looks like.

Similarly, instead of saying, “I’m in love,” show what a person in love does by writing lyrics such as:

The action words—the verbs in this example are: “wrote,” “singing,” and “read.”

Note that the first lyric examples never actually stated, “I miss you,” or “My heart is broken.” Nor did the second examples say, “I’m in love,” or “I’m happy.” They didn’t need to—because by “seeing” what the person in the song is doing the listeners are able to surmise how he or she feels.

To master the tool of incorporating action it can help to imagine you’re writing the script for a video, and the actors’ actions will be based solely on the words of your lyric. If you write, “my heart is breaking,” you have not told the actress what she is supposed to do to show this.

A listener cannot “see” what it looks like when a heart breaks. But if you write, “She fell to her knees as he packed his bag, and tears ran down her face”—this is something a listener can visualize. The actress knows that she is supposed to fall to her knees and cry.

Imagery refers to things that be can seen. Words that convey images are nouns. Note that some nouns—such as “heartache,” “sadness,” “happiness,” and “joy”—do not represent things that are tangible. They are descriptions of emotional states. Effective use of imagery entails including words that describe things that can be seen or touched.

While you cannot see “heartbroken,” you can see the images and actions that convey that a person is heartbroken. For instance:

The inclusion of these images help to show that the character in the song is heartbroken. The listeners are better able to empathize with the character’s emotional state because the lyric allows them to envision the character and the items around them, as well as the action taking place.

By including tangible items in your lyrics—things such as: furniture, clothing, a car, a house, a specific place, food, and other concrete nouns, you enable your audience to enter your song.

Detail is the third component that will help you to show what is occurring—instead of telling how the singer or character in the song feels. By including adjectives and adverbs—or adjectival and adverbial phrases—you further describe the scene, allowing your listener to visualize it more clearly. The inclusion of detail also contributes to making your lyric unique and distinctive.

By adding detail to the examples above we can further engage listeners.

Instead of using words like “pretty” or “beautiful,” provide a description. What interests you more?

She had a jet-black ponytail
That curled around a butterfly tattoo
Black stilletto heels, white string bikini top And eyes that could make a sky turn blue

Incorporating brand names (i.e., Ray-Ban, Levis, Calvin Klein) and the names of businesses (i.e., McDonald’s, Walmart, Dairy Queen) can be an excellent way to infuse details into your lyrics. For example, countless songs have mentioned brands of cars such as Chevy, Ford, Mercury, Cadillac, and Mercedes-Benz——but is it legal? No—but you won’t be sued as long as you present the product or business in a positive light. Your song essentially becomes a free commercial.

Specifying a time when the action is taking place can help you to tell a story—instead of telling how the singer feels. A line of lyric such as, “It was 3 AM on a rainy winter night” almost demands that you continue the story—to describe what happened next.

A time doesn’t have to be exact. It could be:

Placing the character in a specific location is an additional tool that can help you to tell a story. Knowing where the action is taking place can also make it easier to include detail. Is the character in his or her bed? On a roller coaster? In a supermarket? At a nightclub? In an airport? At a restaurant? In a cabin in the woods?

To view some lyrics that include exceptional use of details check out:

There are no rules in songwriting, and I’m not implying that you should never tell how you feel in a lyric. Countless songs have become hits without the benefit of this tool. But it’s an important tool to have in your proverbial toolbox.

Detailed stories filled with “pictures” are the cornerstone of the lyrics of Nashville’s current hits—but as you can see from the lyrics referenced above, this tool can help set your songs apart in every genre. Infusing your lyrics with A: action, I: imagery, and D: detail can be the ticket to deliver your lyrics to your listeners’ hearts—and your career to the next level.