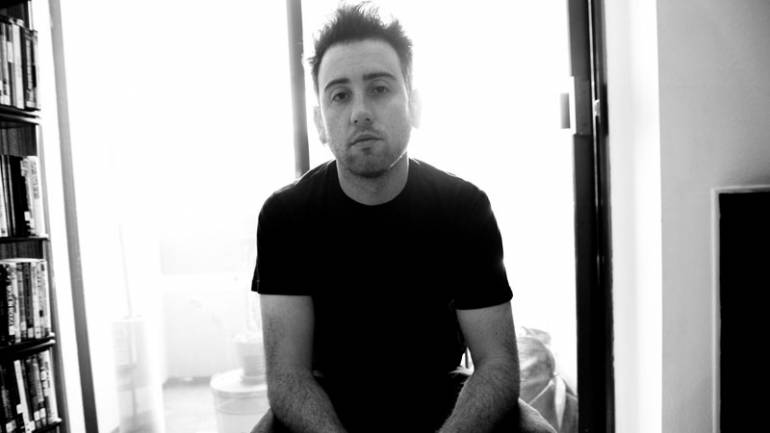 As a songwriter, Ross Golan is well accustomed to telling stories, as proven by his discography – which includes No. 1 Pop Songs “Same Old Love” from Selena Gomez and “My House” by Flo Rida. Following his days at University of Southern California, where he started a label, formed a band and started landing deals as a solo artist, the Illinois-native explored a number of different musical ventures. But songwriting was really where he found his groove. Justin Bieber, Keith Urban, Jason Derulo and many of the biggest names in music have benefited from his touch. Now, the in-demand Golan is making a name for himself with a different type of storytelling. His new podcast, And the Writer Is…., features Golan interviewing fellow songwriters and capturing inspiring and insightful stories about their lives and careers. BMI caught up with him in between jobs.

How did you get your start in songwriting and what does it mean to you?

I think most songwriters start when they’re broke and, probably, in high school, and they’re trying to figure out what to do with it, or their time and it’s not necessarily a business. So, I think the idea of being able to make a living at it is, obviously, a blessing. Because it’s hard to making a living at anything, let alone something that was initially your outlet, you know? So, it means a lot. That’s why we’re doing the podcast. I think it’s important to tell that story. No matter how many times we tell the story, every single person we’ve interviewed has gone through a struggle to get there. And songwriting is the thing that kept them going.

I know you went to USC, but what happened after graduation – how did you get to where you are today?

I went to USC because every other school was like, ‘You should do music.’ I was like ‘Alright.’ I went and applied, and got into the USC program. I was in a fraternity, and the house band were most of the members of E6, who ended up selling millions of records. And my average-to-below-average college band got to open for them. Because of that, we were able to open for the next band, which ended up being The Strokes. And every time you open for any of these bands, you add it to your resume. So, I got a record deal right after college, because instead of doing an internship my senior year, I asked if I could start a record label. I did that as my internship, and EMI ended up buying a portion of the record label.

So, I ran a record label for a few years… But my second band was doing really well, and we had an agent named Evan Bogart who was also a BMI writer who had written “S.O.S.” for Rihanna, and he had two bands – he had Glacier Hiking, which was my band and he had One Republic was Ryan Tedder’s band. Evan and Ryan were just saying to me that I should try to get into songwriting, and when I saw the difference between handing out CDs at the Roxy versus these guys who have songs that are worldwide smashes, it was, like, ‘What was I doing trying to hand out CDs?’ So, I just went through the circuit and kept writing. Casey Robison, who was at BMI at the time, helped a lot of us out – Ricky Reed, Jason Evigan – and he put me with Ricky, and we were able to get a CeeLo single, and you know once you get a name like that, it allows you to keep pushing open doors, which I’m still doing now. So, the struggle is real.

Can you talk about your creative process? How do you go about crafting a song?

It really depends. But most of the songs that I have out originally started from driving around town, or walking my dog and literally recording ideas into my phone, then trying to figure out how to make sense of what seemed to be a pretty good melody or concept or lyric. And then I bring it in to people, and I try to collaborate, because I think the collaboration process is what makes something great. But each song is so different. They all have different DNA, and they have different contributors, so the songs are going to have different processes. If you’re a good co-writer, you facilitate your co-writer’s best songs, so it’s not really about you, once you start writing with other people.

What would you tell songwriters who feel boxed into one genre?

They have to consume it. If I’m going to go write in Nashville, I better understand that Nashville math is different than pop math. And if I go and I write in urban music, I have to understand that that’s a different vernacular than the vernacular I’m using when I’m writing Hot AC music. Just being aware of your surroundings and who you’re with is so important. I think sometimes people just write a song and they think the song itself is the destination. And I think knowing a little bit of who you’re writing for, and with, is important.

You’ve started this podcast, And the Writer Is… Why was it important for you to create it?

I have a book that everybody signs at the end of a session. And it has everybody’s signature from Bon Jovi to David Guetta and Lamont Dozier and Max Martin. Each signature in that book, and it probably has 500 signatures, each one of those represents a day of hanging out with these amazing talents. I kind of wanted to go back and tell their stories, because I think the most exciting part of each session is the beginning, when you’re actually learning who these people are. That’s the only way you write an authentic song. So, I thought I would just go back and tell their stories and find out –– not rekindle the sessions, but give them an opportunity to tell their stories. Because they all really did struggle, and they’re really the unsung heroes of the music business. I saw this as an opportunity to hear them tell their story, and it’s been super educational, probably even a little bit to them. But we’re definitely pleased with the response. If I were at USC and this podcast had come out while I was in school, I would listen to every single one of them, because just feeling close to these people is important. They’re brilliant.

What’s the best advice for aspiring songwriters that’s come out of the podcast?

I interviewed a guest yesterday, and he said he noticed that most of the writers we’ve interviewed so far, whether we’ve released them or not, are sober, and went through drinking and drugs. And they all became successful once they stopped. I think that the idea of a writing session being a party is really a waste of time, and I think people have to view it as a job. These people show up, they show up on time, and they show up prepared. They study the artist, they study the co-writer. This is a job, and they should treat it like that. And when they do, they’ll see that their songs will sound intentional, and they’ll have a better shot, because nobody writes a hit song by accident.

Can you talk about your relationship with BMI? How it got started and what you appreciate most about it?

Casey Robison, who’s now one the producers on the podcast, was at BMI, and he lived on my hall freshman year in college. So, when I was in Glacier Hiking, which is my old band, he said I should move from ASCAP to BMI because he had gotten that job. So, naturally, I moved over, and he was really proactive. He put together some of the top writers in the game now. So, BMI has really been there and, you know, Barbara Cane was at my wedding, because she’s mama-bear in this music business. I think anybody who has a relationship with Barbara knows that she’s important to all of us. She’s the maternal figure we all need, who understands the plight of the songwriter. Cause most of our moms have no idea what we do for a living. So, it’s nice to have somebody there who we can go and confide in. She’s there for so many different people. But to me, my relationship with BMI is much more of an emotional connection. I feel like they’ve always been involved in every facet of my career, and they’ve been supportive along the way and they’ve opened up a lot of the first doors that I needed opened.