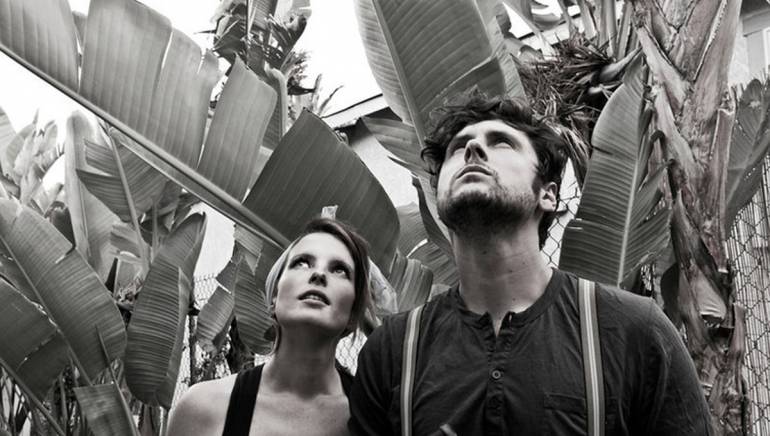 What do you get when you combine the talents of a Texas native and a Silver Lake-based Angeleno that met in San Francisco? A juxtaposition of gritty and glossy, airy and rough, which the band has expertly listed in their influences: Portishead, Led Zeppelin, the Kills, Nancy Sinatra, the Cramps and Roy Orbison. You may have already heard music by the stylish duo comprised of Paige McClain Wood and Steven Trezevant Dies – the song “Soon Will Be” was featured in an episode of the second season of the MTV show Catfish while their seductive song “Thieves and Kings” was wonderfully placed in the trailer for the fourth season of HBO’s Boardwalk Empire. The best way to listen to their new EP Handsome Moves is probably by purchasing a copy on vinyl, the most effective medium to highlight the grittiness of the guitar and the alluring smoky vocals.