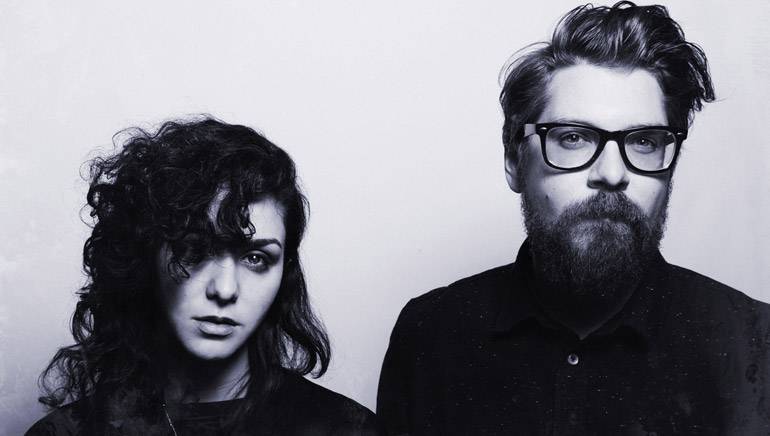 Before experiencing Cultfever, you should know that you don’t just hear the music. Instead, it plays out before you like a moving picture – more specifically, a magical and at times surreal Pedro Almodovar or Tim Burton film. Except in this case, Tamara Jafar and Joe Durniak are in charge of directing duties for the cinematic electro-pop/rock act known as Cultfever, formed in 2010 in Brooklyn, New York. The two describe their bond as “chosen family,” and that chemistry pours out when they write and record in their personal studio, or routinely perform fiery live shows (with Ignacio Rivas on drums) around the country. Following the release of Cultfever’s 2011 self-titled debut album and, more recently, the 2013 Animals EP, the band has rocked stages at SXSW, CMJ, Northside, and other leading industry festivals. Cultfever also broke the CMJ Radio Top 200 on the strength of the singles “Knewyouwell” and “Collector.” For a hint of what’s to come on their upcoming second album, look no further than new singles “Gloria” and “Youth,” both of which see the band going in a lighter, more pop direction than their self-described “darker” and “weirder” predecessors, while retaining a rich blend of vocals, synths and guitars. One listen isn’t enough, though. Like any great film, Cultfever allows you to discover new layers every time. “On this album we’re pushing ourselves thematically,” Durniak recently told music blog Black on the Canvas. “We’re still pushing how we can layer sound and how we can create an environment for the listener. That’s a little why it’s taken us longer. We’re striving for something particular to us.”