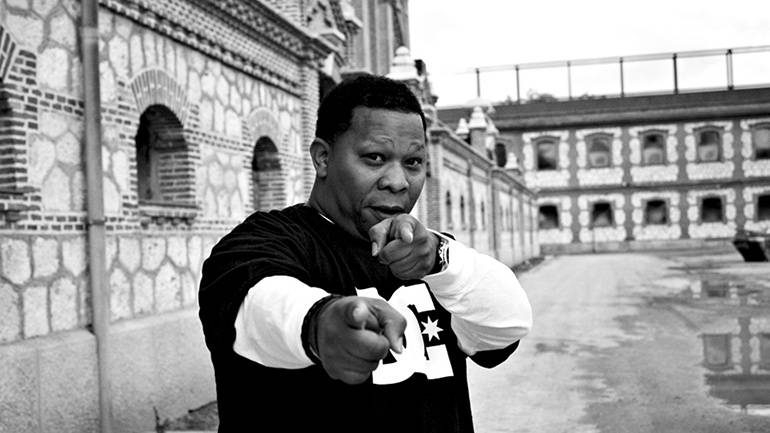 Mannie Fresh (@manniefresh) is known to fans and throughout the music industry as an artist, entertainer and former in-house producer for Cash Money Records, but he started out as one of the best DJs in New Orleans and is now returning to his musical roots. The multiplatinum, GRAMMY-nominated producer responsible for creating hits (for Lil Wayne, Juvenile, Big Tymers and The Notorious B.I.G.) is now back to spinning full time, moving the crowd and DJing in clubs across the country. Fresh has always pushed the envelope, mixing layers of hip-hop, funk and southern bounce with his sense of humor and warm personality proving that he is a force to be reckoned with. Fresh split with Cash Money in 2005 and later signed with Def Jam Records. He continues to work with some of today’s biggest stars, producing bangers for T.I., Bun B., Young Jeezy and Rick Ross. He is now focusing on launching the careers of his own artists under his own imprint, Chubby Boy Productions. As Fresh pursues new passions, he remains grounded by DJing and interacting on a personal level with all his fans. Learn more about Fresh and his penchant for producing hit songs at this year’s “How I Wrote That Song” panel and join the conversation on Twitter with #BMIHIWTS.