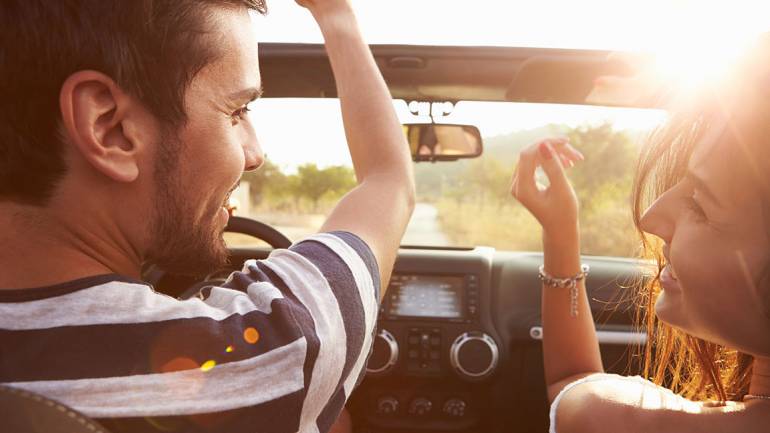 When it was suggested I write about songs that are fun to sing, the jukebox in my brain instantly thought of “The Name Game” (recorded by Shirley Ellis, written by Lincoln Chase and Shirley Elliston). Anyone of a certain age remembers plugging his or her name into the formula, “Shirley, Shirley Bo-ber-ley, bo-na-na fanna Fo-fer-ley, fee fi mo-mer-ley, Shirley!”

As I thought about hit songs that were fun (as opposed to being “funny” or humorous) I remembered singing along at the top of my lungs every time “We Are Family” (recorded by Sister Sledge and written by Nile Rodgers and Bernard Edwards) came on the radio. I thought about other infectious sing-alongs such as Cyndi Lauper’s “She-Bop” (Cyndi Lauper, Gary Corbett, Richard Chertoff, Steve Lunt), and Sheryl Crow’s “All I Wanna Do” (written by Sheryl Crow, David Berwald, William Bottrell, Wyn Cooper, and Kevin Gilbert).

I asked my Facebook friends (most of whom are songwriters) which recent songs they considered fun—and fun to sing along with. I was bombarded with responses, and as I thought about the songs they mentioned it became clear that music in every genre evolves. It was also evident that although today’s fun-to-sing songs differ from those that were popular decades ago, there are still plenty of hit songs that compel listeners to sing along with smiles on their faces.

When I placed these songs under the proverbial microscope, I observed that the elements that make a song fun to sing are most often found in the chorus, but they can appear anywhere—and everywhere—in a song. Let’s look at some of the components found in both classic and recent songs that made listeners feel good and compelled them to sing along.

Incorporating nonsense syllables—non-lyric sounds sung by a vocalist—seems to contribute heavily to a song compelling listeners to sing-along. These sounds might include “oh,” “I,” “hey,” “yo,” “ooh,” “na-na,” la-la,” or a phrase such as “Roma, Roma-ma, Gaga, oh la-la…” as in Lady Gaga’s “Bad Romance” (written by Lady Gaga and Nadir Khayat).

The entire hook of “Da Doo Ron Ron,” (a hit for The Crystals and for teen idol Shaun Cassidy, and written by Jeff Barry, Ellie Greenwich and Phil Spector) is a combination of nonsense syllables that were initially “dummy” lyrics—placeholders—until the rest of the lyric could be written. But Phil Spector liked it so much he kept it that way.

In Hey Violet’s “Can’t Take Back the Bullet” (written by Jason Blume, Chris Sernel, Audra Mae, and Hey Violet) “Boom, Hey” is the most memorable hook, the part audiences sing along with.

Catchy, unique rhythms sung by the vocalist also contribute to a song being categorized as “fun.” David Bowie turned a stutter into an iconic hook in “Changes,” while Sir Elton John’s “Bennie and the Jets” (written by Elton John and Bernie Taupin) and Carrie Underwood’s “Undo It” (written by Kara Dioguardi, Marti Frederiksen, Luke Laird, and Carrie Underwood) include fun-to-sing stutters.

A case could be made that part of the appeal to McDonald’s ubiquitous jingle, “Two all-beef patties, special sauce, lettuce, cheese, etc.” was the challenge of memorizing the lyric and singing the syncopated rhythm of the phrase, which was almost a tongue-twister. This might also be one of the reasons why listeners enjoyed singing along with Toni Basil’s cheerleader chant in the choruses of “Mickey” (written by Michael Chapman, Nicholas Chinn and Carmen Cristina Moreno).

Some concepts, such as partying, dancing, and having a good time are inherently fun to sing about. Bobby McFerrin’s self-written 1988 GRAMMY-winning Song and Record of the Year “Don’t Worry, Be Happy” had people around the world singing along with its optimistic, feel-good message. But it wasn’t only the lyric that resonated with listeners. McFerrin’s classic earned the song a spot in Rolling Stone magazine’s list of “The 15 Best Whistling Songs of All Time.”

Melodic and/or lyric phrases that repeat can be found in many, if not all, successful songs. But songs that listeners reported as being fun to sing seemed to include an exceptional amount of repetition.

Song of the Year GRAMMY-winner “Uptown Funk” (recorded by Mark Ronson featuring Bruno Mars and written by Jeffrey Bhasker, Devon Gallaspy, Philip Lawrence II, Bruno Mars, Mark Ronson, Lonnie Simmons, Taylor Rudolph, Nicholaus Williams, Charles Wilson, Robert Wilson, Ronnie Wilson) was mentioned by many of the writers as being a favorite “fun” song. The hook-laden track tempts listeners to sing along at almost every turn. But it is especially hard to resist joining the chorus when Mars chants the lines “Girls hit your hallelujah” and “Uptown Funk gon’ give it to you.” Each of these lines is sung three times followed by “Don’t believe me just watch,” which is repeated five times. The repetition of these catchy phrases makes them easy to remember and easy to sing along with.

The exceptional amount of repetition in the chorus, as well as a stutter, contributed to Imagine Dragons’ “Thunder” (written by Alexander Grant, Ben McKee, Daniel Platzmai, Dan Reynolds, Daniel Serman and Jayson Michael Dezuzio) spending months atop the Billboard Hot Rock Songs and becoming the ninth best-selling song of 2017.

When the Baha Men repeatedly chant in unison, “Who Let the Dogs Out” (written by Ansley Douglas and Osbert Gurley) dance floors fill up, troubles melt away, and audiences can’t resist joining the chorus.

In the chorus of Garth Brook’s classic, “Friends in Low Places” (written by Dewayne Blackwell and Earl “Bud” Lee) the group vocals approximate the sound of a bar full of the singer’s buddies singing along on the final choruses. This technique was also used with great success in Toby Keith’s “Red Solo Cup” (written by Brett Beavers, Jim Beavers, Brad Warren and Brett Warren). The recording featured all four of the writers singing background vocals. Although incorporating group vocals is a production element (as opposed to a writing tool) easy-to-sing choruses lend themselves to a group sing-along and can be irresistible for many listeners.

Sir Elton John has been quoted as saying that he sometimes finds melodic inspiration from hymns. Hymns, nursery rhymes, and children’s songs have melodies a non-singer can easily remember and sing along with. “Jingle Bells” (written by James Pierpont) and the Oscar Meyer Weiner and N-E-S-T-L-E-S jingles are all easy to remember and sing.

Hit songs with simple melodies that also made my readers’ list of fun songs include “Wagon Wheel” (recorded by Old Crow Medicine Show and Darius Rucker featuring Lady Antebellum, written by Ketch Secor and Bob Dylan) and the Lumineers’ “Ho, Hey” (written by Jeremy Fraites and Wesley Schultz) which spent eighteen weeks on top of Billboard’s Rock Songs chart and eight weeks at #1 on the Adult Pop Songs chart fall into this category.

Feel-good songs are as popular as ever and there are tools that can help contribute to a song being “fun.” Nonsense syllables; quirky rhythms; lyrics that address topics such as dancing, enjoying life, and being happy; melodic and rhythmic repetition; group vocals; and easy-to-sing melodies can be the ticket not only to a hit, but to a song audiences love to sing along with.

Try some of these tools—or all of them—and have fun!

Jason Blume is the author of 6 Steps to Songwriting Success, This Business of Songwriting, and Inside Songwriting (Billboard Books). His songs are on Grammy-nominated albums and have sold more than 50,000,000 copies. He has been a guest lecturer at the Liverpool Institute for Performing Arts (co-founded by Sir Paul McCartney) and at the Berklee School of Music. For information about his BMI Workshops, additional articles, and more visit www.jasonblume.com.