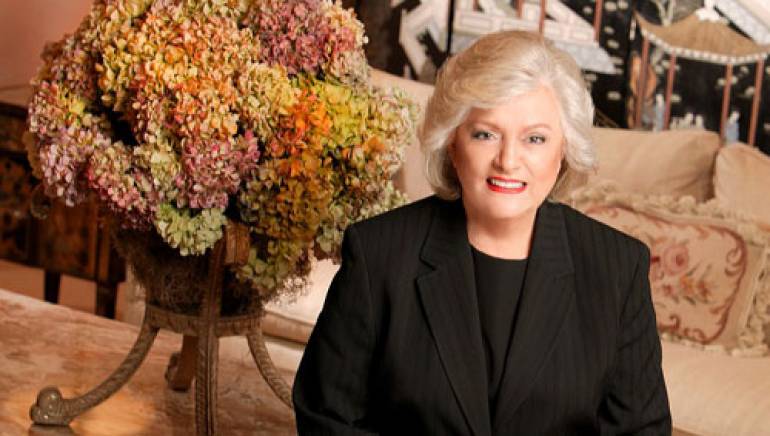 Frances Preston, former President and CEO of Broadcast Music, Inc. (BMI), will be honored as the 2007 recipient of the Leadership Music Dale Franklin Award, it was announced by the board of directors of Leadership Music. A gala tribute banquet is scheduled for Tuesday, Sept. 18, at the Schermerhorn Symphony Center in downtown Nashville.

The Leadership Music Dale Franklin Award, named for the first executive director of Leadership Music, was created in 2004 “to recognize a music industry leader who exemplifies the highest quality of leadership and leading by example.”

Gifted with a peerless combination of business savvy and steadying grace, Nashville native Frances W. Preston has influenced and nurtured the careers of thousands of songwriters, performers and publishers in all genres during her five-decade career at performing rights giant BMI. Hired in 1958 to open a southern regional office for BMI, she was appointed Vice President in 1964 -reportedly, the first woman corporate executive in Tennessee. During her tenure as New York-based President and CEO (1986-2004), Preston led the efforts to build BMI’s repertoire into the world’s most popular and to consistently increase royalty payments to its more than 300,000 writer and publisher affiliates, with revenues ultimately tripling during this era. Recognized around the world as a vigilant defender of the rights of music creators, she was most recently a consultant to BMI, focusing on the company’s international relationships and its public policy agenda.

A member of the Country Music Hall of Fame, the Gospel Music Hall of Fame, and the Broadcasting & Cable Hall of Fame, Preston has also been recognized with a National Trustees Award from the Recording Academy (the highest Grammy prize for a non-performer) and with MIDEM’s Person of the Year accolade (the highest international award accorded to a music industry executive). A longtime community volunteer, she is president of the T. J. Martell Foundation for Leukemia, Cancer and AIDS Research, the music industry’s largest charity, as well as namesake of the Frances Williams Preston Research Laboratories at Vanderbilt-Ingram Cancer Center.

Ken Robold, president of the Leadership Music board of directors, said, “To echo a description of her from Fortune magazine, Frances Preston is one of the true powerhouses of the pop music business. Her passionate and tireless efforts leading the growth of both BMI and Nashville’s music industry on Music Row have been truly groundbreaking.”

Net proceeds from the Leadership Music Dale Franklin Award evening will benefit Leadership Music and the Frances Williams Preston Laboratories. Tickets to the invitation-only dinner event will be mailed at the end of July; response deadline is August 22.

Leadership Music is an educational non-profit 501(c)(3) organization whose mission is to nurture a knowledgeable, issue-oriented community of music industry professionals through an annual educational program and events. This is accomplished through the identification and exploration of topical issues in an annual series of off-the-record educational seminars (the Program), and continued alumni nurturing and education. Over the past 17 years, Leadership Music has graduated more than 640 music industry-related executives. www.leadershipmusic.org