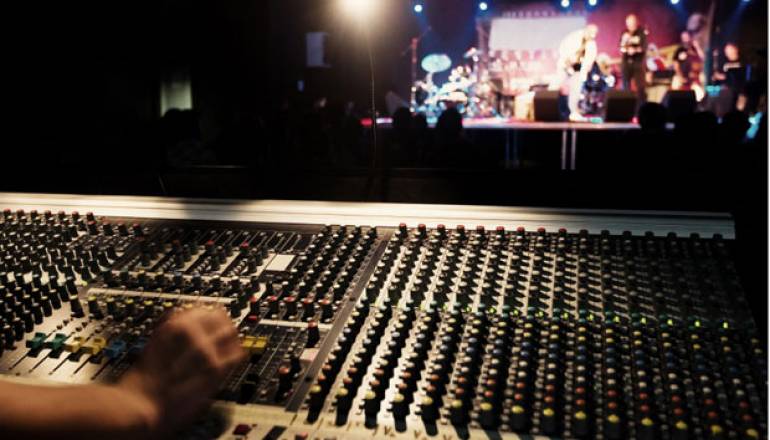 The professional demo-recording process is a necessary part of the equation for songwriters aspiring to get their material heard by music industry decision-makers and, hopefully, cut by successful recording artists. Despite the fact that hundreds of demos are recorded every week in places like Nashville, New York and Los Angeles, new songwriters often find themselves overwhelmed and a bit intimidated by the prospect of getting their songs demoed and ready for primetime. By highlighting some of the mistakes I’ve encountered in my years of recording songwriter demos, I can hopefully help new songwriters avoid some of the pitfalls that result in either overly expensive or ineffective recordings.

Mistake #1: The song isn’t finished. It would seem obvious but I can’t tell you how many times I’ve been paid (on the studio clock) for the privilege of watching a client’s creative process. I do understand why this happens. It’s incredibly exciting to feel like you’ve got a great song on your hands and the temptation is to get it recorded right away even if there’s a small tweak or two left to finish. I mean, how long can it take to re-write the second line of the bridge, right? Well, the reality is that when you’re in the studio and the clock is ticking, the environment is a lot more stressful than it is creative — not the ideal place to make sure your lyric is perfect. Unless you’re planning on only being a songwriter for another week or so, be patient, take your time and know that waiting another week (or even another month) to make sure your song is done before you book the studio time is always a good policy. Remember, you’re going to be spending real money on this recording, so be as certain as you can that your song is ready before you begin the process of recording.

Mistake #2: You haven’t made a rough recording. Everyone’s writing process is different and vive la difference but the one essential part of making sure your song is finished is making a simple rough recording. When I say “simple” and “rough,” I mean one instrument (usually guitar or piano) and a vocal into anything from a hand-held recorder to your smartphone. Here’s why: Without listening back to your song from the perspective of an audience member, you’ll miss a critical part of the writing/editing process. It doesn’t matter if you’ve played the song live a hundred times; by sitting back with a lyric sheet and just listening to the song, you’ll notice little flaws and missteps that you might never have heard if you’d just played and sung the song to yourself. The rough recording gives you the necessary perspective for those last few adjustments. I’d recommend re-recording your rough every time you think you’ve got the song totally finished. There’s an added benefit as well: Once you’re absolutely satisfied with your final rough recording, you’ll then have something to provide the demo vocalist so they can learn your song and you’ll have a reference for the session musicians when they get to the studio.

Mistake #3: You think the demo will fix what isn’t quite working in your song. Every once in a while you’ll finish a song and feel like it’s missing a certain something but it’s easy to convince yourself the song is fine and just needs the full demo treatment to give it what it lacks. My experience is that if you have reservations before you demo, the demo won’t solve that problem. Of course, all songs sound better with a full band of great players on them but don’t invest that money to fix a problem that most likely needs to be addressed in the melody and lyric of the song itself. If you find yourself feeling like your song is missing something and you’re not sure what it is, play it for a trusted friend or put it away for a while and come back to it. Demoing to fix the problem is an expensive way to get unsatisfactory results.

Mistake #4: You think you’ll save money by recording/playing on the demo yourself. I completely understand the mindset. I did it myself for years. The difference is that I was as passionate about becoming a recording engineer and session musician as I was about writing songs. If you’re only looking at recording and playing on your demos as a way to save money and not to become a professional engineer and session musician, then you’re better off hiring experts to do what you don’t do well. The key is to end up with a recording that marks you as a professional, not one that saves you money but isn’t up to par. There’s no point in saving money on a demo that isn’t pitchable. Take your own ego out of the equation. No one else can write your song for you. That’s where you’re the expert, but unless you’re also an expert at recording, playing and singing in the studio, it doesn’t make sense to do it yourself. When it comes to making a good impression with your demo, your recording has to measure up to the highest quality standards and that’s worth paying for. At the end of the day, if you’re trying to make money with your songs then remember it’s a business and you have to invest money in order to make it.

Mistake #5: You decide to record a full-band demo without having a very good reason. It’s understood that professionally recorded, full-band demos sound amazing, but it’s also understood that they’re expensive — sometimes, very expensive. Depending on why you’re demoing your song, a simple, professionally performed and recorded guitar/vocal or piano/vocal may very well be all you need. In my opinion, there are just a few reasons to record a full-band demo. First, you’ve got a film/tv pitch opportunity and they’re looking for a full-band sound for a particular scene. A second reason would be that you’re planning on using your demo as an artist project for the singer doing the vocal. For example, you may be working with a great young singer and you’re planning on killing two birds with one stone by demoing the song you wrote and also putting together a series of recordings that showcase that singer as an artist. In that case, do it up. You’ll be well served by going all the way with these recordings. That being said, I would strongly suggest not recording a full-band demo of your song just because you want to. Professionally performed and recorded demos are never inexpensive and you can get more bang for your buck doing simple, clean guitar/vocal demos of several songs in the place of a fully blown-out demo of one song. Remember, you can always go back and add more instruments to a professionally recorded, stripped-down demo later if the situation warrants.

By avoiding these mistakes, you will be removing a good deal of angst from the demo process. It’s always a little stressful getting ready to put your money where your mouth is and the better the decisions you make in advance, the more able you’ll be to enjoy the recording process as you’re going through it.

Cliff Goldmacher is a songwriter, producer, session musician, engineer, author and owner of recording studios in Nashville, TN and Sonoma, CA. Cliff’s site, http://www.EducatedSongwriter.com, is full of resources for the aspiring songwriter and his company, http://www.NashvilleStudioLive.com, provides songwriters outside of Nashville with virtual access to Nashville’s best session musicians and singers for their songwriting demos.

You can download a free sample of Cliff’s eBook “The Songwriter’s Guide To Recording Professional Demos” by going to http://www.EducatedSongwriter.com/ebook.