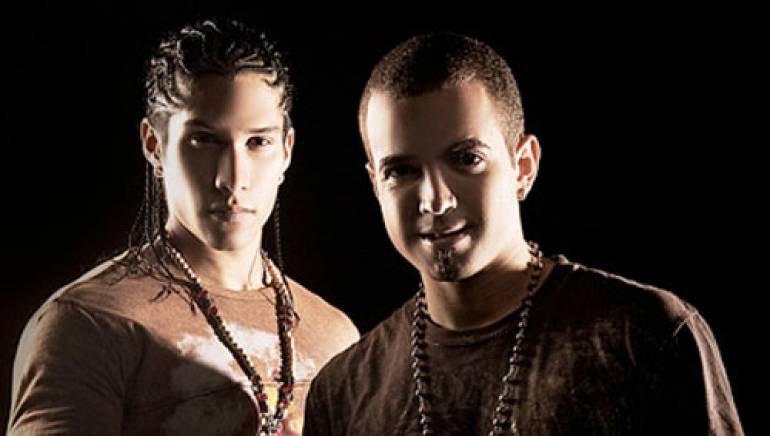 When Chino y Nacho won a Best Urban Album Latin Grammy this past November for “Niña Bonita,” the exuberant duo thanked their moms, label and fans. Then, the spectacle-wearing Nacho added in Spanish, “And I’m going to dare to say something that has never been said at the [Latin] Grammys,” almost panting with excitement before shouting, “Venezuelaaaaaaaaa!!!”

As the first non-Puerto Ricans to win the coveted award, the triumph of the young urban artists meant a huge victory for their home country of Venezuela. “After winning the Grammy, we’re more relaxed and now we’re going to do what we love, which is music and leaving our soul and heart onstage,” Chino told Venezuela’s El Universal newspaper the morning after their win. “It was an indescribable feeling, a wonderful moment in our careers and something we didn’t expect.” The first-time nominees, who also performed a live medley of their latest hits at the 11th annual ceremony in Las Vegas, beat established acts Daddy Yankee, Vico C, Mala Rodriguez, and Cartel De Santa.

With the Latin Grammy win, Chino y Nacho have established themselves as the biggest pop stars to come out of Venezuela in the past decade, as well as the fastest-rising urban act in recent memory. They have already performed in the biggest Venezuelan TV telecasts: the Miss Venezuela pageant, the closing ceremonies of the Copa America soccer match, and the Orquidea Music Festival, as well as starred in Christmas vignettes for the Venevision network.

For the past 5 years, Jesús Alberto Miranda Pérez (Chino) and Miguel Ignacio Mendoza (Nacho) have worked hard. Before devoting themselves to music, 26-year-old Chino studied languages, and Nacho, 27, studied law and engineering. They were part of tropical boy band Calle Ciega, who had a homegrown hit with “Mi Cachorrita” in 2005, and the Venevision reality TV show “Generación S” before joining forces as a duo and releasing their debut album “Época de Reyes” in 2008.

In addition to wielding an effortless sex appeal onstage, both Chino and Nacho sing, rap, and co-write their songs, which are laden with romantic lyrics—their nickname is “Los Reyes del Romantiqueo,” or “The Kings of Romanticism.” The pair has cultivated a contemporary, sexy urban image in their clothes and music videos that appeals to teens as well as adult fans. Musically, the duo’s reggaeton-based hits are versatile, combining fast-paced merengue, hooky pop melodies and scorching ballads.

Staring down superstardom, Chino y Nacho will release a live album in the U.S. later this year.

Written by Nuria Net, a New York-based journalist and co-founder of Remezcla.com.