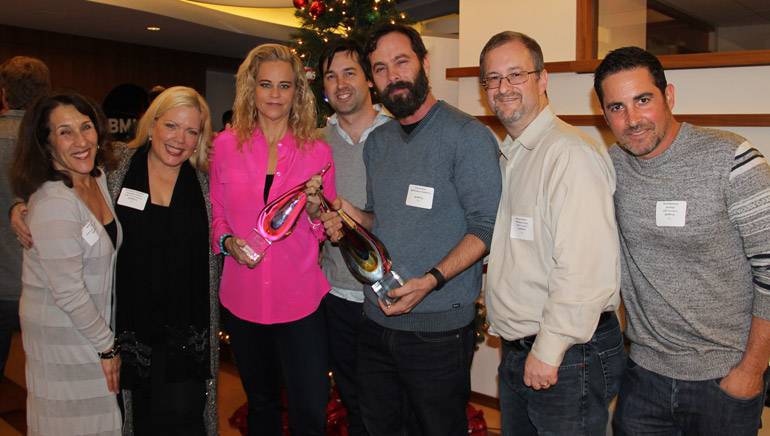 Kicking off the holiday season and coming together in a spirit of giving, the Association of Independent Music Publishers (AIMP) Los Angeles chapter held its annual holiday mixer, awards presentation and benefit event at BMI’s LA office on Thursday, December 10, 2015. A great networking opportunity for AIMP members and non-members, the celebration also benefitted several good causes, including raising funds for the Linda Komorsky Liker AIMP scholarship fund, as well as providing donations of food for a local food pantry and gathering toys for The Children’s Hospital in LA.

The event also included the presentation of two awards, the first of which went to SONGS Music Publishing as AIMP’s Indie Publisher of the Year, and the second went to Dina LaPolt, Esq., who was honored with the Individual Award for her support of songwriters and publishers in 2015.