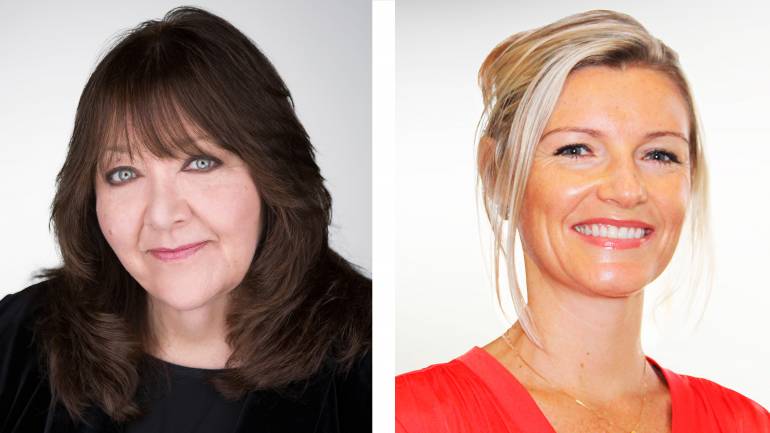 BMI is pleased to announce that Doreen Ringer-Ross, BMI’s longtime Vice President of Creative for Film, TV & Visual Media, has been elevated to the new role of Vice President, Creative Relations for BMI. In this new position, Ringer-Ross will continue to focus on her work with BMI’s industry-leading roster of film and television composers and further develop the many successful programs and events that she helped create. She will continue to report to Alex Flores, BMI’s Senior Vice President of Creative.

In addition, BMI has named Natalie Baartz Vice President, Creative, Film, TV & Visual Media. Baartz will work closely with Ringer-Ross and take on the day-to-day operations of that department. She will also work with BMI’s Licensing team and Distribution group to ensure BMI-affiliated composers remain fairly compensated for the use of their music in this rapidly evolving media landscape. Baartz will also report to Flores.

“What has set Doreen apart in this competitive industry is her ability to recognize and nurture opportunities,” said Flores. “Her new role, which she identified as a need for the department and BMI, is just another example of that vision. We are so excited that Doreen will continue to do what she does best for our incredible roster of BMI composers in a dynamic new way.”

In announcing Baartz’s new role Flores commented, “We’re excited to welcome someone with Natalie’s experience and leadership to the BMI team. We know she will be a wonderful complement to Doreen as we continue to adapt to the many changes in our industry and strategically navigate how BMI will best position itself and its composers for continued success. I am so fortunate to have two stellar executives leading the charge and sharing their passion and understanding for film and television music to the benefit of our creative community.”

Baartz brings extensive music industry experience focused on the film and television space. Prior to joining BMI, Baartz was Founder and President of Scorebird Music, an artist-driven licensing company that specializes in supporting composers and connecting them with unique opportunities in trailers, commercials, film and television. Baartz also has over a decade of music supervision experience at companies including Mothlight Music, the Ant Farm and Ignition Creative, where she helped champion composers’ scores across media. This has resulted in sync placements including Eat Pray Love, Where the Wild Things Are, Transformers, Iron Man, Harry Potter, The Reader, Django Unchained, Another Earth, Zero Dark Thirty, Interstellar, Breaking Bad, Mad Men and Game of Thrones, among many others.

Baartz holds a Bachelor of Arts in Film & Media from the University of Gloucestershire in Cheltenham, England.