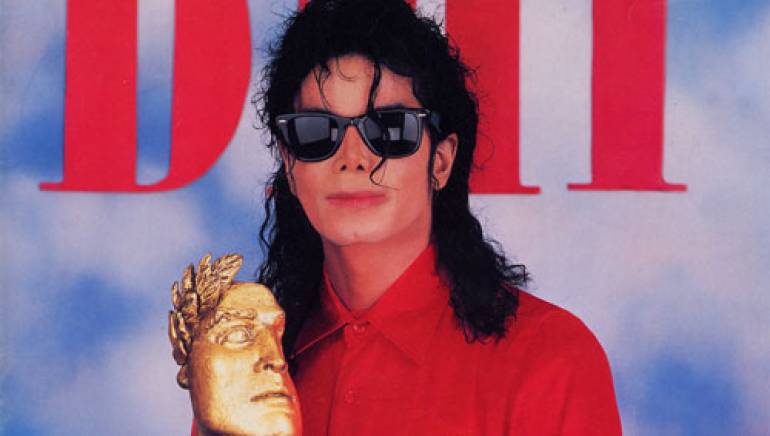 An artistic and cultural tour de force whose gifts demanded the spotlight, Michael Jackson was equally potent behind the scenes. He received numerous BMI Awards recognizing his prolific career as a songwriter, the raw power of which will continue to influence generations of music makers.

“BMI mourns the passing of Michael Jackson. A BMI Icon, he was one of the greatest entertainers of our era. His songwriting skills, composing both music and lyrics, were as influential as his singing, dancing, personal style and humanitarianism. In an era in which most songs are composed by teams, Michael was the sole composer of dozens of songs that endeared him to audiences around the world. A BMI songwriter since 1976, his catalog contains more than 150 songs, more than 20 reaching multi-million performance status on American radio and television. Our hearts are with his family, especially his children, at this sad time. He will be missed by millions, but we can be comforted that he will live on, young and vibrant, in his music and videos.”

Below are reflections on Michael Jackson’s profound legacy from many of BMI’s most-performed songwriters.

“I knew Michael when he started out as an incredible young performer and watched him grow into one of the most outstanding talents we have witnessed in our lifetime. He was a terrific young man whose talent and creativity grew as he did. He was an innovative and talented songwriter. His works will live on and on for generations to come. He had the uncanny ability to touch everyone from all generations with his songs … not just his vocal performance and dancing but his songwriting, music and lyrics cut through whatever else was happening on radio and were received on a worldwide basis in all genres. He is responsible for the world coming together to embrace these songs and him as an unforgettable entertainer. The world has lost a true icon.

“I was one of the lucky ones who was present at the Motown 25 that year when he debuted “Billie Jean,” and I was sitting in the audience. There was an incredible energy in the room that I can only call “spirit” that reached out and forced everyone to their feet. It was the most powerful energy I’ve ever witnessed from an entertainer.

“Michael was not only a great artist and performer, he was a philanthropist and such a generous man whose gifts were boundless. The last time I saw him was at a small dinner party in New York at the home of a mutual friend. He was an intelligent business man and a gentle soul who had tremendous love and respect for all of us who came before him in this business. I will miss him terribly.”

“There were so many things about Michael Jackson that commanded our attention that we sometimes took his songwriting skills for granted. With his passing, hearing one great song after another, then another, and still another reminds us of how many truly imaginative songs, let alone hit songs, Michael wrote in his too-short life. Michael Jackson’s extraordinary gift for music and entertainment brought generations, races, and nations together. Tragic in life, iconic in death, he was a friend to us all. May he rest in peace.”

“Michael was not only my brother, friend, inspiration and spiritual peer in music, he was love in the purest form. Michael was able to give us the affection and tenderness of a child but at the same time give us the thrill of a beast. The joy that we gained from his life helped us get through so many trying times. Words can never express or replace the loss that we have endured with his departure. I have no choice but to remain inspired and continue to carry the torch for one of the most incredible talents to walk on this earth! God will never make one bad decision, so I must accept my responsibility in grief and stay strong and keep striving for excellence. In Michael’s words to me, ‘Sean, you were blessed with a gift so your responsibility is to spread your talent and love to everyone you may meet.’

I love you, Michael!”

“Michael’s music celebrated life. He once told me, ‘The music never dies.’ Today I finally realize the truth of his words. He left of us a precious gift that will last forever. Thank you, Michael. May we always celebrate his legacy.”

“I am shocked, saddened and still in disbelief over the death of Michael Jackson. He was one of, if not THE greatest entertainer of all time, and was without question the ‘King of Pop.’ He was also my friend. He recorded a song of mine on his 1979 ‘Off The Wall’ album and in 1981 we sang a duet together. We spent a considerable amount of time together in 2001 at my home music studio and I saw him in a totally different light - as a nurturing and caring father. I was so honored that he dedicated that album to me.

My heart and prayers are with his family, his three children, my friend Elizabeth Taylor, and all us who are mourning the premature loss of his very precious life.”

“Just like many other artists, I have always been inspired by Michael Jackson. He’s the only idol I’ve ever had and I’m saddened that I never got to tell him how much he and his music mean to me.

“I’ve met many stars in my life, but I would have been completely satisfied just to have laid eyes on MJ himself. The closest I’ve come was hearing he and his band rehearsing right next door to me here in LA last month, while he was rehearsing for his tour abroad. I will be overseas at the same time the tour was scheduled so yet again I looked forward to being in the same place.”

“Michael Jackson is the reason why I do music and why I am an entertainer. I am devastated by this great loss, and I will continue to be humbled and inspired by his legacy. My prayers are with his family. Michael will be deeply missed, but never forgotten. He’s the greatest…the best ever. No one will ever be better.”

“Michael was a great and wonderful artist and performer. We were privileged and honored to record him and his brothers here at Philadelphia International Records. We are very honored to have been a part of Michael Jackson’s music and creative career in helping to write and produce his own music with his brothers. We know his music and legacy will live on for a very long time.”

“I was so excited to see his show in London. We were going to be on tour in Europe at the same time and I was going to fly in to see him. He has been an inspiration throughout my entire life, and I’m devastated he’s gone!”

“I am truly saddened that my mentor, brother and friend will no longer be with us physically. At the same time, I feel so blessed to have been touched by his music, his dance, his lyrics and his pure genius. It is because of Michael’s yesterday that I am who I am today!

My condolences to his family and friends around the world. Michael Jackson, rest in peace, and may your music and legacy forever reign on earth!”

“You cannot say enough about what he has given to us musically and culturally. We take for granted people like him … All he wanted to do was give us great music, and that’s what he did. Every single day was dedicated to us.”

“Michael Jackson has been a part of my life for as long I have heard music. He in my mind is the ultimate entertainer of our generation. I can remember exact moments of my life based on Michael Jackson songs and videos.”

“I’m hurt. But I’m celebrating his life and his music. Dancing and crying and dancing in public. Holding heart-to-heart conversations with complete strangers about one of the things, if not the only thing, we share in common, that is the legendary moonwalker himself. A white guy in a pickup truck pulled alongside me on the expressway and shouted to me, had I heard about mike?!? It’s surreal and it’s everywhere! Every time I feel like getting sad, one of his songs comes on, and I’m just filled with happiness and start singing and smiling. He was the best to ever do it. Salaams, Peace & Blessings. May Allah have mercy on his soul. We love you, MJ!”