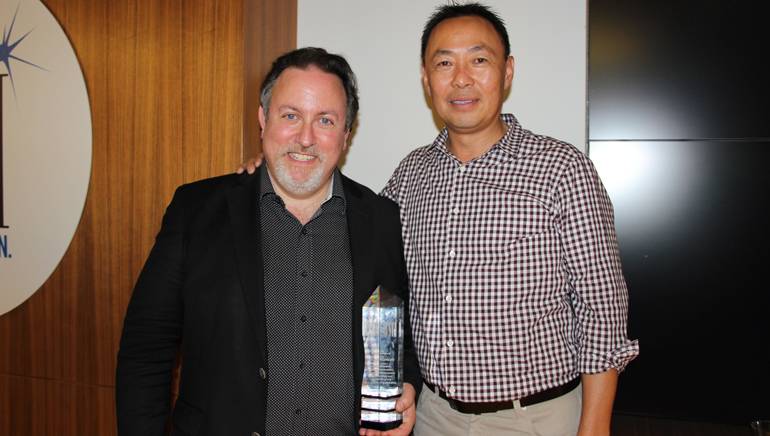 In celebration of the 20th anniversary of BMI’s Conducting Workshop, lead by award-winning conductor-composer Lucas Richman, the Company held a private reception at its LA office attended by various Oscar, Emmy, and GRAMMY award-winning and nominated composers who were past participants of the elite series of classes. The reception allowed the composers, several of which are now also BMI Icons, to mingle, network and reminisce. To highlight the milestone, BMI Assistant Vice President of Film, TV & Visual Media Relations, Ray Yee, presented Richman with a 20th anniversary crystal thanking him for his dedication in working so diligently with every one of the 169 students who have participated in the workshop over the years. Richman followed the presentation with an emotional speech in which he expressed his gratitude for BMI’s support and trust in providing an opportunity to mentor so many BMI composers who have gone on to become so successful.