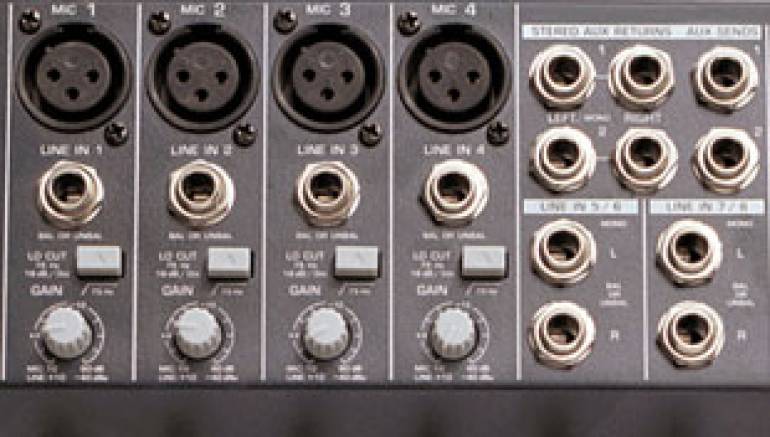 If you think it takes tons of tracks and lots of expensive machinery to make a record worthy of airplay, you might want to talk to Liam Watson, owner-operator of London’s Toerag Studios. During the ‘90s when stacking virtual tracks was the norm, Watson, who aspired to make records like his mentors from the ‘60s, decided to go in an entirely different direction. He started by purchasing an affordable eight-track recorder - the kind that uses magnetic tape, mind you - some inexpensive microphones and a few other odds and ends, then set to work. Over the years Watson acquired a steady stream of clients, among them Jack and Meg White of the White Stripes, whose 10 days at Toerag in 2003 resulted in Elephant, an album that continues to influence the world’s minimalist minions.

You put your studio together just as the home-digital movement was gathering steam. Did you ever doubt the wisdom of having just eight recording tracks to offer your clients?

On the contrary, I felt that it was a really good idea. I didn’t want the studio to have more than eight tracks, as I believed that some of the best-sounding records ever made had required relatively few tracks. In fact, prior to 1968, recordings produced in Britain were done mainly on four tracks or less.

Why do you think that was?

You listen to the quality of the records those groups were producing during that time, and you can see why they were reluctant to change. They sounded great - it worked. Why would you need more tracks? When it was pointed out that having the additional tracks would allow you to do things like re-cut individual parts, the response was, “Well, why should we do that? We’ll just use good musicians.” And they were right, because you’re always going to have a much better result if you work on the musicianship and the arrangement. But of course, that way of thinking didn’t last, and by the ‘70s the whole industry had changed anyway.

Are your recordings pretty much live to eight-track with minimal bounces?

If I do any bouncing, it’s usually done to another track on the same machine and would typically be multi-tracked vocals or guitars. If an artist has a clear idea of what they want on a finished recording, I make sure things get recorded in a certain way in order to make room for any elaborate overdubs. As long as I leave one track open, I’m fairly confident that most things can be accomplished.

On your website, you mention using various dynamic and ribbon microphones, many of which are relatively inexpensive.

Quite often the best mic for the job is the cheap and common type that perhaps isn’t always considered to be that serious for professional use. I have collected many of these over the years and would recommend anything by Shure or Electro Voice, as well as STC and AKG.

How did Jack White come to record at your studio?

I was in a band that supported the White Stripes on their first UK tour. We told Jack about the studio and he came along to have a look, liked it and later booked a session.

For the benefit of any skeptical readers out there, could you please describe how you went about recording the White Stripes using nothing but tape and eight tracks?

The band played the song live with a guide vocal going to one track on the 8-track machine. Jack’s guitar was going through two separate amps at the same time; I miked these with AKG and Shure dynamic mics, each amp having its own track. I miked the drums with AKG dynamic and condenser mics, and used a Shure dynamic mic on the snare. I mixed the drums to a single track, except for the bass drum, which had a track of its own. When we got a take the band was happy with, another guitar was added using the same two separate amps with the same miking scheme. For the lead vocal, I used two different mics: one old Neumann condenser going into the desk, and a Shure dynamic going to a small guitar amp, which I miked with an AKG dynamic. I then mixed both together with a little tape delay and spring reverb through a compressor and recorded them onto the track I’d been using for the guide vocal, wiping that one in the process. With the main vocal finished we added a second vocal pass, recorded exactly the same way as the first and taking up the last unused track on the machine. The last thing we did was the lead-guitar part, which was recorded the same as the other guitars, again using the two separate amps.

Except now you’re out of tracks?

No problem, I just mixed the mics to mono and then recorded the solo onto the same track as the second vocal!

Very cool. So it really can be done.

Absolutely. The main thing to remember is that it’s not really important to have lots of fancy equipment on hand; just find something that works for you, and learn to use it properly. Once you’ve got a bit of gear that does what you want it to do, that’s it - end of story.