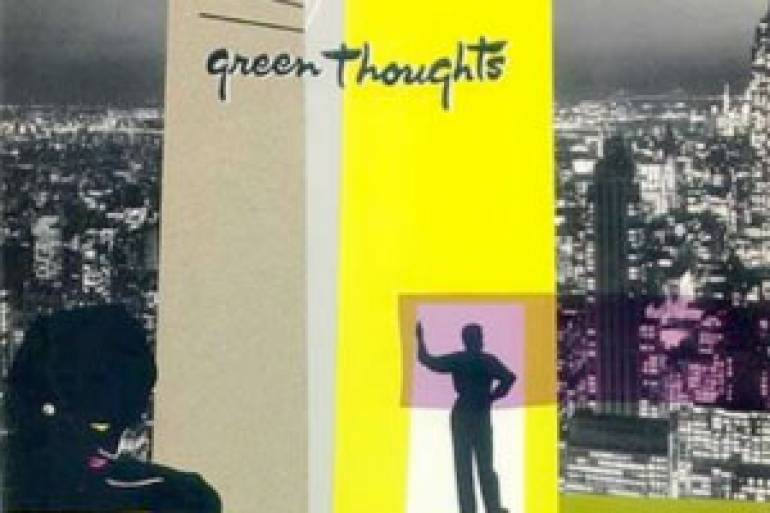 Late August, 1987: The Smithereens - guitarist Pat DiNizio, lead guitarist Jim Babjak, drummer Dennis Diken and bassist Mike Mesaros - were winding up a packed 16-month tour in support of their breakthrough effort, 1986’s Especially for You. Encouraged by the strong showing of EFY cut “Blood and Roses,” the New Jersey-based foursome was eager to get back into the studio in order to strike while the iron was hot. With little time to spare, the pressure was on for chief songsmith DiNizio to deliver.

“We’d just come off this amazing run on the road after scuffling for six years in search of a deal,” recalls Diken. “I remember being in the van during the last leg of the EFY tour seeing Pat sitting in the last set of seats with a recording Walkman, singing riff ideas into a microphone. I know he was very concerned about and consumed by the prospect of coming up with the material for our second album and avoiding a sophomore slump. Pat had the makings of the songs in dribs and drabs and as he put it at the time, ‘I just needed to get organized’.”

Weeks later, the Smithereens convened inside their East Village rehearsal space and began working on the new batch of tunes DiNizio was cranking out in short order. Like “Blood and Roses” and much of the group’s previous effort, “Only a Memory,” “House We Used to Live In” and “Drown in My Own Tears” were angst-filled odes to failed romance. Despite the gloomy overtones, however, the wall-of-guitar foundation, fortified by Diken’s thunderous rhythms, made for some incredibly catchy pop music. “I, for one, was quite knocked out by the quality of the songs Pat was writing,” recalls Diken. “I remember finishing up the last rehearsal before flying out to LA for the sessions; Pat held his head in his hands and was literally weeping/laughing with relief and delight that the burden had been lifted.”

Tracking for the set of songs that would become Green Thoughts began shortly before Christmastime at the famed Capitol Studios in Hollywood. “The prospect of working at the Capitol Tower was very exciting to us,” says Diken. “We were rabid record fans and Pat and I had a fierce fascination with all things Capitol. Of course we were into the Beatles and Beach Boys and all the rock stuff, but we were equally enamored with Stan Kenton, The Four Freshmen, Les Paul and Sinatra, and as such we were hoping to grab hold of the ghosts of some of these venerable giants as we did our thing within those hallowed walls.”

Like their mentors, the Smithereens wasted little time getting down to business. Setting up inside the smaller Studio B, the band proceeded to record and mix two-dozen new tracks in just over two weeks. “We did all the drum tracks in 2 or 3 days,” says Diken. “We just didn’t have the luxury of time to spare.” At the console was producer Don Dixon and engineer Jim Ball, both of whom had manned the controls for the group’s previous effort. “I like certain sounds on all of our albums for different reasons, but I have a special place in my heart for the spirit of the records we did with Don,” says Diken. “We were also fortunate to have Capitol staffer Peter Doell on board as assistant engineer, who knew the room and gear and was a great help to us.”

If the group was going for “a bit of a tougher sound” as Diken suggests, that attitude was immediately apparent on the album’s opening cut, “Only a Memory,” its molten riff born during a sound check in Spain earlier that year. Contrasting DiNizio’s suicidal sentiments (“I feel much too weak to live/ I’ve got nothing left to give”) was Diken’s powder-keg snare attack, liberally laced with gated reverb (as was the fashion of the time). “We rented a kit from Jeff Chonis, who was the drum tech for Jim Keltner and is still is Ringo’s guy,” says Diken. “He came in, set it up, tuned them and we had at it.”

Issued in March 1988, Green Thoughts would spend the bulk of the year on the album charts, solidifying the Smithereens’ standing worldwide. Meanwhile, the single “Only a Memory” gave the group its first-ever Album Rock chart-topper. Twenty years on, the Green Thoughts repertoire remains the centerpiece of the Smithereens’ blistering live shows.

“I felt that we had really achieved something important for ourselves, and for our fans,” recalls Diken, who these days doubles as a session man and songwriter when not working with the band. “Plus it was the realization that maybe this thing would last after all. It was one of the best times of my life.”