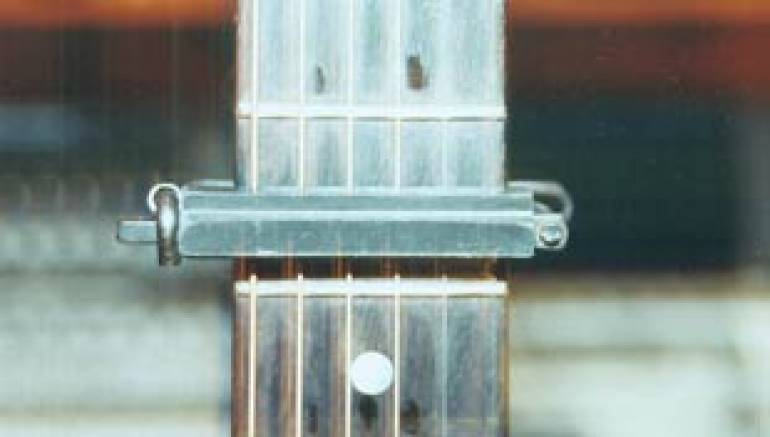 Acoustic guitars are among the most finicky beasts on the planet; one that sounds great on stage might sound like dirt in the studio, and vice versa. The good news is that when it comes to making acoustic-guitar tracks, there’s no real rocket science involved; some of the best-known unplugged records in history have been made using very basic technology combined with a touch of musical ingenuity.

When setting up to record an acoustic guitar (and, in general, guitars with mild-to-moderate bass overtones are much more studio-friendly), have someone strum the guitar while you place one ear near the soundhole, covering your other ear, gradually moving your head until you find the guitar’s “sweet spot,” then place a mic at the appropriate position. You can also just put up a mic, put on a pair of headphones and then move the soundhole in proximity to the fixed mic until you hear the desired sound.

Mic selection: a large-diaphragm condenser mic will capture the warm, full tones of a Martin dreadnought quite nicely; however, if money is tight, even a basic dynamic mic like a Shure SM-57 can do the job. Many pros favor the small-diaphragm condensers such as Neumann’s KM-184, a mic with a noticeably brighter EQ pattern (helpful for taming unwanted boominess).

Squash It
Running the signal through a compresser/limiter with a moderate attack/release will help keep the guitar’s level uniform. However, if you’d like something with a bit more weight, try trimming the release on the compressor, which will add chord sustain (the slower the release, the longer the decay) and, on acoustic lead, will give the impression of the individual notes being “spit out.” Definitely not for purists, but for those who want an edgier, hyper-real acoustic sound reminiscent of ‘60s-‘70s rock recordings, this method can’t be beat.

(If your recorder doesn’t have a built-in limiter, there are a number of standalone units on the market to choose from; even a decent compressor/limiter pedal has been known to do the job.)

Do It Again
For extra-large sound, lay down a second acoustic-guitar part - but while you’re at it, go for something completely different. One obvious approach involves using a capo. If your basic track has a G progression, you could try a second pass in D, capo 5 (and while you’re there, you could even drop the low E to D for added effect). Or try it in E capo 3, C capo 7, or any other key-equivalent position that employs open-string chords. Other variations include using open-tuned acoustic guitar; you can also try tuning the second guitar down a whole step, so that a song in the key of D is played using an E-based progression (a la Creedence). Rather than repeat the strumming pattern from the foundation track, try fingerpicking a second part. Any differentiation in sound, feel and/or attack will produce a nice stereo contrast.

Balancing Axe
Full-bodied dreadnought guitars like Martins and Gibsons have bass to spare - so much so that once you tack on an electric-bass part, you may find it hard to distinguish between bass guitar and acoustic-guitar bass overtones. At mixdown, you can alleviate the problem by hard-panning the two acoustic-guitar tracks, which will widen the path for the bass; dropping some of the low-end on the guitars while boosting the mids and highs on the bass track will add definition (think Phil Lesh).