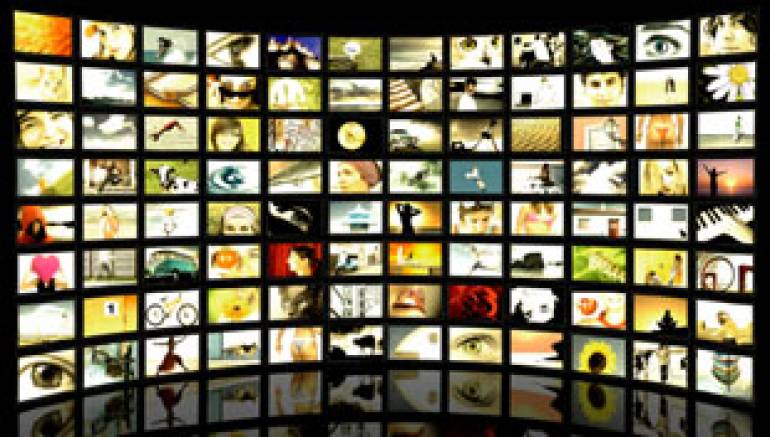 SW101: When you mention “TV theme songs” to most people, they’ll think of something like Gilligan’s Island or The Brady Bunch, but those days are pretty much over, aren’t they?
Jay Ferguson: TV theme songs are the incredibly shrinking format. Something like The Brady Bunch was basically exposition - telling viewers about the show and the characters. Today’s theme songs are more like haiku. They’re very short, and in general are more about capturing the vibe of the particular show.

How short have they become during your own career?
My first one was for Going to Extremes [1992], which was a short-lived, Northern Exposure-type show. That theme lasted 60 seconds and had a lot of vocals. By the time I did Viper [1996-99], it was already getting shorter, and now with The Office and Women’s Murder Club, they’re 22 seconds long. Some main titles are as short as 12 seconds.

Yikes. Not a lot of room for creativity, then?
The best you can try for, like I said, is to catch the vibe or try to match the energy of the show. If the show’s meant to be humorous, you can try to put something a little sly in there. But obviously there are more restrictions in what you can do in such a short time. Where before you might be able to do a full orchestra, now it’s more like a ukulele and a flugelhorn.

How much direction do you typically need to produce a theme that everyone’s happy with?
The more information you can get up front, the better off you’ll be. If you can get a look at the show and the characters, the way it’s cut, that gives you a head start in composing music that matches. Sometimes they’ll have cut together the main title sequence, but sometimes they’ll only show you a script and tell you, “It’s a show about this.”

How did The Office come about?
That was probably the biggest cattle call I’ve been on in Hollywood; they had about 10 to 15 people there. Initially they were looking for an actual song, and they’d temporarily put the Kinks’ “A Well Respected Man” on. At the end of the day, of course, they went with my instrumental piece.

It’s a main title that goes against type; it has this vulnerability, this yearning to it that soon explodes into this overdone optimism which then gets crushed - which is pretty much what the show is about [laughs].

What led you into TV and film composing in the first place?
It was really a series of fluky moments. My pop career was winding down, and I’d been writing songs with various people. One day I got a call wanting to know if I had any extra songs lying around for a movie that needed some rock songs, which turned out to be The Terminator [Ferguson’s “Pictures of You” was included on the 1984 soundtrack album]. A lot of this business is all about contacts, and all of a sudden I found myself in the business.

What advice do you have for someone who’s not already established as a songwriter but wants to get into composing TV themes and/or scores?
Getting an agent is the best thing, but of course that’s usually pretty tough to do with a cold call. Some agents will take unsolicited submissions, but it’s difficult. You really need to work on your craft first, then start making phone calls to establish some connections and get them to listen to what you’re doing. Facebook and MySpace can be good places to start as well.

It’s a creative business, so be creative. If it means giving away what you have for free to get placement in some little indie movie, I say go ahead and do it. You can even take an existing title sequence, put your own music over it, and post it to YouTube. That’s a crazy place, but it’s a good place to hang out; you never know who might be watching.