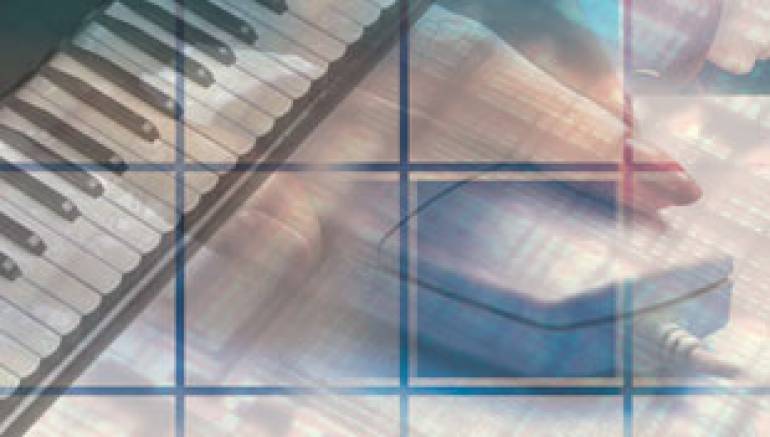 A multi-track virtual recording studio is now within reach of any songwriter, both in terms of affordability and accessibility. Surrounded by MIDI-based sequencers driving keyboards and banks of samplers, drum machines that can randomly toss in an almost-human slight shift in tempo, and preset signal processing gear that has reduced the need to understand the principles of digital physics to the equivalent of punching a button on the latte machine, technology has taken the songwriter to the point where the realization of a composition is nearly concomitant with its imagination.

Digital technology has not stopped there, however. The flow of software-based digital songwriting tools has turned from a trickle to a torrent in recent years, providing everything from mundane functionality, such as printing out sheet music, filing copyright forms and labeling CDs, to advanced muse stimulation in the form of cross-cultural rhyming dictionaries and algorithmically induced word combinations.

In the trend towards software-based “desktop” composing, the functionality of compositional software seems as much a labor of imagination as songwriting itself. 4D’s MasterWriter 1.0 (http://www.masterwriter.com $289; $199 for BMI affiliates), a software package which debuted at the MacWorld Expo in January and which was introduced directly to songwriters via the “Platinum Privileges” area of bmi.com, BMI’s website, combines reference dictionaries, an organizational database and word processing functionality, as well as a hard-disc recorder, a MIDI drum loop library, and Songuard, an online date-of-creation song registration service. Masterwriter’s exhaustive comprehensiveness reflects the ability of CD-sized discs to hold oceans of information. In addition to a phrase dictionary containing over 33,000 aphorisms, idioms, clichés, sayings and word combinations, and what the company’s literature asserts is the only alliteration dictionary in existence, it also offers access to the American Heritage dictionary and Roget’s Thesaurus. This is far better than paging through the movie titles in TV Guide on a particularly uninspired night.

Integrating Ideas and Sound
Pro Tools has become the ubiquitously generic term for hard disk recording, like Xerox has for copiers, but the landscape is cluttered with software-based multitrack recording, editing and mixing systems, including Nuendo, Cool Edit Pro and Sonic Forge. For many songwriters, these systems have eliminated the longtime barrier between composing and recording: the need to go into a professional studio environment, with all the costs and effort that that entails. But even the simplest of these dedicated digital audio systems requires a certain amount of expertise, and their multilayered capabilities can make mastering them a career in itself. Not surprisingly, many even simpler software programs have been developed intended for songwriters who have neither the time nor inclination to become audio professionals but who still want the instant gratification that comes with a digital demo.

SoundTrek’s JAMMER series of programs (http://www.soundtrek.net) integrates composition and recording, with the ability to arrange musical instrument parts; cut and paste choruses, verses and bridges to different parts of the song; and choose from over 500 grooves and an equal number of guitar and keyboard voicings.

Digital doesn’t stop at the desktop edge for songwriters.
Fett, the mono-monickered technology editor for Nashville-based Performing Songwriter magazine, says the songwriting software programs he has seen vary widely in quality and capability. “Some of them are unique and interesting,” he says. “Others are just repackaged stuff like databases, bundled together.”

However, Fett continues, software-based songwriting has already changed the culture of the craft considerably. Programs designed primarily for recording have become writing environments by virtue of their ability to loop, creating a kind of canvas for the writer’s imagination. “I’ve seen it happen many times, even in Nashville now, that a song will start with a loop,” he notes. “Where it used to start with a title, or a chord pattern or a melody, people now literally sit down at their computer to compose.”

Loop-based songwriting was originally popularized by urban music genres; hip-hop recordings are predicated on loops, which rappers stockpile the same way country music writers collect titles. (There is a club on Manhattan’s Lower East Side that caters to the niche but intense phenomenon of musically jamming with laptops.) Looping has become far more pervasive in recent years. The loop ostensibly frees the composer from having to keep playing parts manually over and over again as a song develops.

But does not having to play the song to write it distance the writer from the act of writing in the process? Does having a computer do a lot of the dirty work diminish the intimacy of composing? Fred Koller, BMI-affiliated writer of many hits, including “Angel Eyes” and “Going Gone,” complains that “...it makes you lazy” when a writer relies on rhyming dictionaries, particularly digital ones. But Koller also acknowledges that anything can act as a stimulus to germinate a song. “Otis Blackwell used to say he got his inspiration from reading comics,” he says. “I got mine from reading books. Either way, you get stimulus and it gets processed. But I’d rather process it in my brain than in the computer.”

Software “hurts the [creative] process when you’re writing a song, but when you have a really good song written already, it can be incredibly useful,” says songwriter, producer and film-score composer BT, who has been hailed as both a “virtuoso programmer” and “an extremely
gifted musician.”

“I use Logic Audio and it’s extremely important, not in the songwriting process, but in the production process. It’s the most seamlessly integrated piece of software for using soft-synths and audio, and the fact that everything built into it is sample accurate is an incredible bonus.
“I do almost all of my recording on my computer now,” he continues, “and if Stravinsky were writing music today, he would definitely be using a Mac. You can’t make cutting-edge music today if you don’t use technology.”

Recurring computer metaphors might be the subliminal signal that zeroes and ones have irreversibly permeated the creative process. Computers have certainly changed other tangents of songwriting, like the demo. An ensemble of live musicians, who will bring their own creative diversity to a session, has largely disappeared from the demo process. Fett agrees that not needing to pay for studios and musicians has taken a substantial burden from the backs of songwriters. At the same time, though, the proximity to the processing power that hard disk recording puts in the hands of composers makes overproduction of desktop demos an easy trap to fall into. “It’s too easy to throw the kitchen sink at a song that needs only a few elements to get it across,” he cautions.
The ultimate philosophical Pandora’s box that software-based songwriting opens up is contained in the question, if it makes it so easy that everyone can do it, does that diminish its power? One way to answer that would be to consider what a decade of home recording has done for the fortunes of recorded music. Even as the number of prerecorded CDs sold has decreased each year for the last two years, the number of titles has increased. Some will contend that the overall quality of the song and the recording has become diluted as technology turns the music business from an oligarchy into a democracy. To others, though, it means that a unique voice that might otherwise never have been heard will get an opportunity.

It’s easy to feel strongly both ways. The introduction of the electric guitar literally created a new instrument on which a new kind of music was built, and not every F-hole picker was happy to see that happen. Technology inevitably affects culture, and today music and technology are more intertwined than ever.

“A software program might make you a more organized songwriter, but it won’t necessarily make you a better one,” says Fett. “Still, everything is worth trying.”