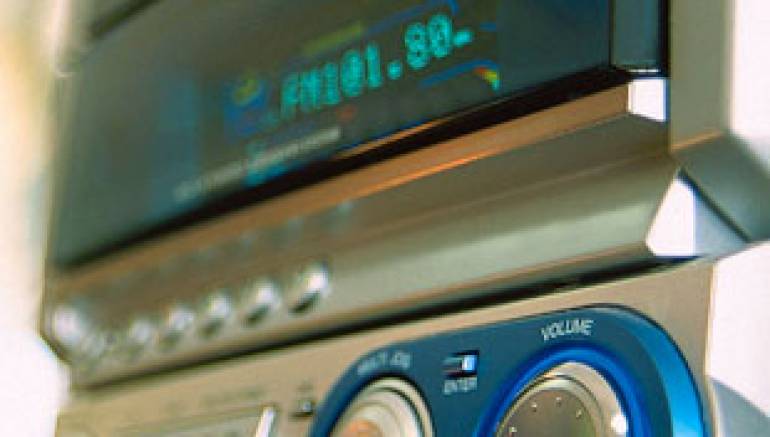 There’s one question I can count on being asked at virtually every seminar I teach: “Why is there so much crap on the radio?”  There are several ways I address this.  One is to paraphrase a well-known quote and point out that “Crap is in the eye of the beholder.”  What constitutes “good” or “bad” music (or for that matter any creative work) is purely subjective.  That’s why Baskin Robbins makes 32 different flavors.  Some people love Mocha Fudge Ripple.  Others think it’s disgusting and prefer French Vanilla.

Some of the “crap” on the radio may not be your personal taste, but those professionals who make the decisions thought these songs were good or they wouldn’t have gotten recorded.  No matter how much you saturate the airwaves with a song, millions of people won’t part with their hard-earned money to buy it unless they like it.

But that said, there are lots of reasons why a song might get recorded - - and some of these reasons are not exclusively based on the quality of the song itself.  It’s true that there are sometimes political and personal reasons why a song might be chosen.  Perhaps it was written by the artist’s girlfriend, or by the record producer - - or by the A & R person, the individual at the record label in charge of selecting songs for the project.  Or maybe the artist has no taste, loved the song, and had enough clout to include it on his or her album. Complaining about these things is not a productive use of your time.  Instead try asking, “How can I get my songs on the radio?”

I wrote my first song when I was twelve years old. I strummed the three chords I’d learned on my father’s mandolin, sang whatever came to mind, and out popped “Eternal August.” It was a terrible song by professional industry standards. The uninspired melody followed the predictable chord changes. It didn’t conform to any of the structures that are typically heard on the radio. (I didn’t know there were any structures that songs typically fit into.)  The stream-of-consciousness lyric I’d written was vague, self-indulgent, and devoid of any fresh, original images.  And those were my song’s good qualities.

When I sang my early songs I thought they were terrific. My friends and family told me they were beautiful and they asked me to play them at parties (well, maybe they didn’t exactly ask, but I’d always bring my mandolin and sing at gatherings). I knew my songs were better than most of the songs on the radio.

Back in the beginning days of my writing, I would light incense, sip wine, smoke pot, strum my mandolin, and unload the angst of my soul into the ether. (Except for occasionally playing the mandolin, I no longer do any of those things.)  Writing was a catharsis; a means of self-expression. It was all about me. It was creativity in its purest form, and the process felt wonderful. At the time, of course, I wanted my songs to become successful and to generate lots of money. I wanted to be respected and admired as a songwriter and I wanted a Mercedes in my driveway. But that’s not why I wrote songs. My songs were deep, profound personal expressions, and my reward came from the writing process itself - - not from royalty checks.

So there I was writing these passionate, heartfelt songs that I felt were far superior to the commercial fluff that was on the radio.  The hit songs that comprised the top 40 seemed completely devoid of anything resembling genuine feeling, yet they were getting lots of airplay and making the writers and performers rich and successful.  I was so poor I would search for pennies behind the sofa cushions before going to the market.  What was wrong with this picture?

In looking back over the journey that took me from living in one roach-infested room (no kitchen and a bathroom down the hall that I shared with the junkies, prostitutes, and hustlers who lived in the building) to earning respect and a good living as a songwriter, one thing stands out.  The shift that steered me towards success began the moment I realized that I was indeed writing songs that really were fundamentally different from those that were on the radio. The critical issue wasn’t whether my songs were “better” or “worse.”  It’s that there were certain elements that appeared in the vast majority of the songs that were hits on the radio - - and my songs did not include enough of these common denominators.

My melodies were not consciously crafted to encourage listeners to sing along; they were whatever happened to pop out at the time.  Plus, my lyrics were more personal, poetic, and symbolic than the hits on the radio. I wasn’t attempting to craft my songs in a way that would connect to millions of listeners - - yet that was my hope.  My songs came straight from my heart, but unfortunately that’s where they stayed.

I was moved by the melodies I wrote and I understood what my lyrics intended, so I assumed that listeners would connect to my songs, too. WRONG! Songwriting is an art of communication.  It may sound harsh, but as a listener, I don’t particularly care what you felt when you wrote your song - - if I don’t feel it when I listen.  For many songwriters, crafting songs that effectively communicate their feelings is a very different process from writing solely for their own satisfaction.

Artists who write their own material can have success with songs that are different from the kinds of songs that non-performing songwriters can get recorded by artists who don’t write their own songs.  Performing songwriters are selling, not just a song, but a musical style, a sound, and an image. Writers who perform their own songs have the latitude to write songs with lyrics that are more poetic and symbolic and less literal than the kinds of songs that mainstream pop and country artists typically record.  Singer/songwriters’ melodies are sometimes quirkier, less predictable, and less repetitious than those that might be recorded by artists who don’t write their own material.

If I had a voice as distinctive and appealing as Macy Gray, Sting, Alanis Morrisette, Bono, or other wonderful singers who write their own material, I would have had an ideal outlet for my songs. But I didn’t.  If I’d looked like Kylie Minogue or danced like Usher, I might have been able to have success recording my own songs.  But, alas, I didn’t.

If the songs you love to write do not have an outlet in the current commercial market, does that mean you shouldn’t write them?  No.  But confusing these songs with those that are geared to the commercial market is a recipe for frustration. If your goal is to have your songs on the radio, you’re missing your target if you’re trying to write songs that are “better” than those songs that are successful on the radio.

Pick up a copy of Billboard magazine and keep it handy as you spend a couple of hours listening to the radio stations that play the style of songs that you write.  For example, if you write (or hope to write) alternative rock songs, folk songs, and country songs, tune in to the different stations that play these styles.

Make a list of those songs that seem similar to the type of songs you’re writing, those songs that have lyrical, structural, and melodic approaches that are reminiscent of your own songs.  Jot down the title of each song, as well as the artist who recorded it.

Find each of these songs on the Billboard chart and note who wrote and produced each song.  You will quickly learn whether the type of songs you are writing (or hope to write) are being recorded by artists who do not exclusively write their own songs.