Posted in MusicWorld on October 23, 2019 by Jason Blume 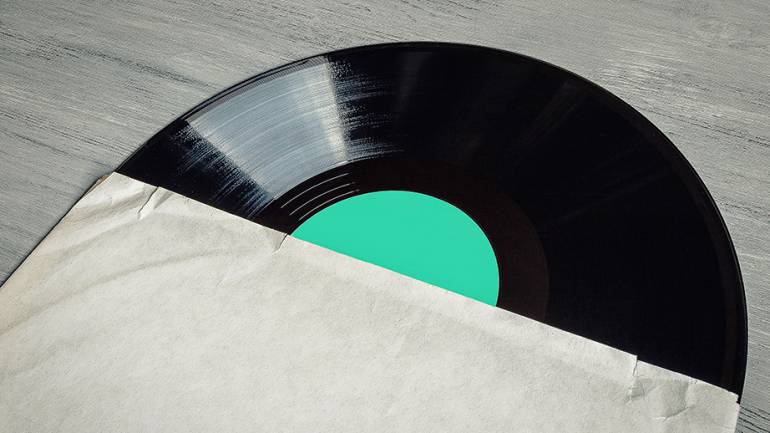 Sometimes, playing it safe is the most dangerous thing we can do. This is especially applicable when our goal is to write songs that rise above the competition; songs that become artists’ signature songs; and songs that impact audiences and propel artists to a next level. We need to find ways to make our melodies, lyrics, and productions grab attention if they are to be chosen over those submitted by other writers and publishers, as well as those songs the artists could write or co-write themselves.

Although it was more than twenty years ago, I still remember exactly where I was the first time I heard Faith Hill’s recording of “This Kiss” (written by Robin Lerner, Annie Roboff and Beth Nielsen Chapman). After the first couple of lines of that GRAMMY-nominated #1 crossover hit blasted out of my car radio, I pulled to the side of the road and cranked up the stereo so I wouldn’t miss a word or a note. I knew I was hearing something groundbreaking. I was hooked from the opening instrumental lick. The rhythms in the vocal melody, the fresh lyrics, the instrumentation and production sounded like nothing I had ever heard on country radio. When the song ended, I had just been reminded of the power of pushing the creative envelope.

We need to compel decision-makers to choose our songs over the competition. Rehashing elements found in previous hits, without breaking new ground, will rarely accomplish this. Let’s look at ten things we can do to push the creative envelope and give our songs the edge they need to command attention and become audience favorites.

1. To be sure you are finding fresh, new ways to express yourself lyrically, print a draft of your lyric. Circle those lines that are predictable or mundane - lines that are “good,” but not “wow,” and lines that any other writer might have written. One line at a time, replace those “good” lyrics with lines that are exceptional, original, and unexpected. Have fun with it as if you were working a puzzle. Also circle and improve any clichés and forced, over-used rhymes.

2. Successful artists evolve throughout their career, exploring different sounds, and in some cases, changing genres. Artists such as Taylor Swift, Lady Gaga, Rihanna, Britney Spears, Sting, Ed Sheeran, and Maroon 5 have created careers that span decades by re-creating themselves. In doing so, they create the next hot trends.

Imagine you have been given an assignment to write for a specific artist (and if you are a performing songwriter, that artist might be you). Listen to that artist’s most recent recordings then ask yourself what he or she might do to take their music to the next phase. What grooves might they explore? What kind of instrumentation might they incorporate? Might they head in a more hip-hop direction? More pop? EDM? More traditional country sounds? Might they incorporate Caribbean or reggae influences? Be sure to bring in elements the artist you are writing for has not already covered.

3. Explore topics that are not typically written about, but have the potential for wide appeal. Every song does not have to be a love song. But if you do write about love, find original, novel angles such as those found in “When a Man Loves a Woman” (recorded by artists including Percy Sledge and Michael Bolton and written by Calvin Lewis and Andrew Wright), and “What’s Love Got to Do With It” (recorded by Tina Turner and written by Terry Britton and Graham Lyle).

4. Include a note that grabs your listeners’ attention—a high note or low note that sets your melody apart. Listen to the unexpected, attention-grabbing note in the third bar of the chorus of “Sweet But Psycho” (recorded by Ava Max and written by Andreas Haukeland, Amanda Koci, Bean William, Ernest Lobban, Madison Emiko Love, and Henry Russell Walter). To hear how powerful and memorable one “magic” note can be, listen to the opening lines of Kris Kristofferson’s self-written “Help Me Make it Through the Night” (recorded by Sammi Smith, as well as an astounding array of iconic stars including Tammy Wynette, Tom Jones, Gladys Knight, Loretta Lynn, Tina Turner, Joan Baez, Johnny Mathis, Glen Campbell, Elvis Presley, Bryan Ferry, Willie Nelson, and many more) and “From a Distance” (recorded by artists including Nanci Griffith, Bette Midler, Judy Collins, Kathy Mattea and the Byrds, and written by Julie Gold). The magic note in “Friends in Low Places” (recorded by Garth Brooks and written by Dewayne Blackwell and Bud Lee) is the low note that accompanies the word “low” in the choruses.

5. When you record your song (either as a demo or master) incorporate an instrument or a keyboard sound that is not typically heard in the genre for which you are writing. You can set your song apart by using instruments such as steel drums, harmonica, trumpet, bouzouki, (or equivalents of their sounds generated by a computer), as well as unique combinations of instruments. For example, Macklemore and Ryan Lewis used a saxophone to play an exceptionally memorable musical hook in their self-penned, GRAMMY-winning smash “Thrift Shop” featuring Wanz which garnered more than 1.3 billion views on YouTube.

6. Build your lyric on the foundation of a fresh angle, being careful not to hit the proverbial nail too squarely on the head. For a beautiful example of this, listen to the 2018 GRAMMY-winning Best American Roots Song, “If We Were Vampires” (recorded by Jason Isbell and the 400 Unit and written by Jason Isbell). The song uses a profoundly original lyric angle, expressing that love becomes more precious because it is time-ended.

7. A terrific way to branch out and expand our musical boundaries is to enlarge our circle of collaborators. Recording artists can also work with different producers. New co-writers and producers, especially those who work in various genres, can not only bring their unique contributions to our songs, they can challenge us to go beyond our comfort zones.

Carrie Underwood explored new territory in her #1 country song “Undo It” by joining forces with Luke Laird, as well as with Kara DioGuardi and Marti Frederiksen who are best known for their string of pop and rock hits.

8. Try various chords and see how they impact your melody. If it improves your song, incorporate one or more chords that are unexpected; chords that provide a “wow” moment. For a beautiful example of a song that includes unpredictable chords listen to the verse of Dolly Parton’s classic “I Will Always Love You.” Written by Parton, the song reached #1 twice on Billboard’s Hot Country Chart—in 1974 and in 1982—before Whitney Houston’s 1992 version spent 14 weeks atop the Billboard Hot 100 Chart, becoming one of the best-selling singles of all time. A duet version of the song, sung by Dolly and Vince Gill peaked at #15 and it has been covered by artists including Linda Ronstadt and LeAnn Rimes.

Additional examples of songs that benefited from exceptional chord choices include “Drinkin’ Problem” (recorded by Midland and written by Cameron Duddy, Shane MacAnally, Josh Osborne, Jess Carson, and Mark Wystrach), “My Heart Will Go On” (recorded by Celine Dion and written by Will Jennings and James Horner), and the Backstreet Boys’ “Back to Your Heart” (written by Jason Blume, Gary Baker, and Kevin Richardson).

10. Set a timer and give yourself twenty minutes to write whatever you feel. Write what you would write if you knew no one would ever hear it. The only rule is that you don’t censor or criticize anything you write during that time. Go too far. You can always revise your song during the rewriting phase.

By trying some of these techniques you may be able to create something truly special. Remember: don’t play it safe!