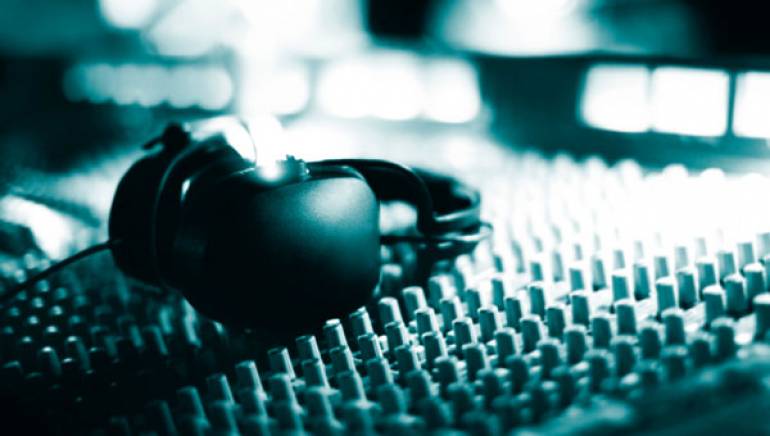 Who’s the Expert
You’re a songwriter. It’s what you do. It’s what you’ve trained yourself to do through countless hours of study, practice and effort. Your songs are yours and no one can write them for you. In other words, you’ve become an expert at writing your songs. That’s how it should be.

However, if you’re going to treat your songwriting as a business that you hope to profit from, then it’s in your best interest to employ experts at every level. In other words, unless you’re also a recording expert, I’d advise you to employ the people who are. Writing a great song is the first and most important part of the process but a high quality, well-performed demo of your song comes in a very close second. Unless you’ve devoted as much time to learning the art and craft of recording as you have to your songwriting, you will be doing your songs and your career a disservice by attempting to record your demo yourself.

We’ve all heard the argument that a great song is a great song and anyone with ears should be able to “hear through” any recording no matter how rough. To my way of thinking, this is the music industry equivalent of being set up on a blind date with a person who may very well have a heart of gold but who doesn’t bother to shower. In other words, you’ve only got one chance to make a first impression with your song and, given the competition out there, it had better be a great one. You might even meet a music industry person who can genuinely hear through a rough recording. This may be true for that one individual, but if you’re planning on showing your song to a variety of artists, managers, producers and a&r reps as well, it’s never safe to assume that anything less than a first-rate recording will do. By “first rate,” I don’t mean full-band or elaborately produced, I simply mean your song should be recorded and produced by professionals.

How to Find a Good Recording Studio
One of the most daunting aspects of the recording process for most songwriters is simply finding the studio that is right for them. Word of mouth in the songwriting community and the recommendations of a performing right organization like BMI are great places to start. My recommendation is that you should treat this part of the process just like you would any business decision. Gather as much information as you can and base your decision on where you think you’ll get the best service and, of course, the best results.

The Studio
With the advent of improved recording technology and affordable, high-quality equipment, professional recordings can be made almost anywhere. Recording is no longer the exclusive domain of the big, multi-room complex. That being said, there are a few things you should consider before choosing a studio for your project. First and foremost is sound quality. Ask the studio owner/engineer for a demo of something that’s been recorded in their studio. But you should be even more specific. Ask that the music on the demo be in the style of the music you’re planning to record. For example, if you’re making a country demo, it doesn’t matter if the studio has a great sounding r&b demo because that won’t necessarily translate into a great sounding country recording. Secondly, make sure you’re comfortable in the space where you’ll be working. Although working in a big, beautiful studio can be inspiring for some, it can be intimidating for others. You’re going to be spending a lot of time in this place, make sure you feel at ease there so that you can relax, work effectively and enjoy the process.

The Engineer/Producer
It’s not only the studio you’ll be spending time in but also the engineer/producer (often the same person) you’ll be spending time with that matters. You’ll want to make sure you’re comfortable working with this person as you’ll be entrusting them with your music. Things to look for in an engineer/producer include organization, patience and focus. The more experienced and professional they are, the more you should feel like they have your best interests at heart and want nothing more than to give you the best product you can possibly have. There should be no ego whatsoever involved no matter how accomplished/experienced this person may be. A simple reminder for those of you who are new to the game: It’s not the engineer/producer’s role to judge whether the song is good or bad. The assumption is — and should always be — that you’re there recording your song because you know it’s good and ready to be recorded. It’s their job to take that song and make a great demo so that it’s ready to be heard. Don’t be disappointed if you don’t get comments about whether your song is good or not; it’s actually not the engineer/producer’s place to comment.

The Money
Beware of being penny-wise and pound-foolish. Remember that you’re running a business and investing in your business is an essential part of helping that business grow and ultimately bring you a return on your investment. This does not mean, however, that you shouldn’t have a crystal clear understanding of what the costs of your demo will be. When it comes time to discuss price with the studio, remember to ask for an itemization and all fees. The obvious fee would be the hourly rate but it’s important to ask what other charges you might be incurring. This can be anything from a separate engineer charge, costs for burning CDs and even separate charges for certain pieces of studio equipment. A studio using an hourly-rate system ought to be able to give you a fairly accurate estimate for what your overall project will cost. Some studios simplify the process even further by giving you an all-in project fee that is decided up front. It’s always better to know all of this at the beginning of a project so that there are no unpleasant surprises when it comes time to pay.

Know Your Strengths
There are only so many hours in the day. If you’re early in your career as a songwriter, you should be spending those hours working on your songwriting and devising every means possible (networking anyone?) to get your songs heard. However, if you’re truly fascinated by the recording process itself and are willing to invest the time, then by all means learn to engineer and produce as well. There’s never been a better time to get involved in recording due to all of the innovations and improvements in recording technology. If, however, you think you’ll save money by doing your own recordings without investing an equal amount of time to learn how to engineer, the end results will hurt your cause more than any amount of money you might save by recording yourself. As I’ve heard said, cheap can be expensive.

Conclusion
Let me be clear: I’m not recommending that you go out and spend your hard-earned cash on a professional recording every time you write a song. If you’re planning on having a career in music you have to be judicious in how/when you invest your demo budget. However, when you’ve got a song or songs that are ready for prime time, I’m simply suggesting you treat them that way.

Cliff Goldmacher is a songwriter and producer with over 20 years of industry experience. Cliff’s articles have been published in EQ, Recording and ProSound News magazines and his eBook “The Songwriter’s Guide To Recording Professional Demos” is available as a free download from his site http://www.cliffgoldmacher.com/ebook.