Posted in MusicWorld on November 15, 2017 by Jason Blume 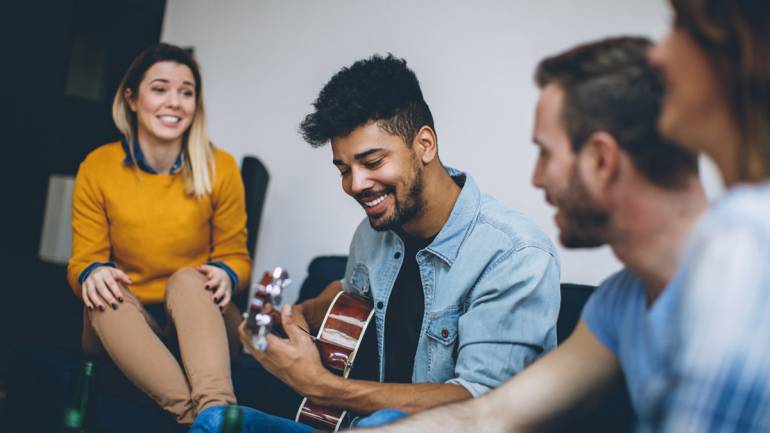 Before addressing what might constitute being “too clever” in lyrics, I’ll begin by defining what I mean by “clever” lyrics. For the purposes of this article I’m referring to songs with lyrics that are witty, tongue-in-cheek, humorous, or amusing. These are in contrast to those that fall into the category of comedy and novelty songs. The delineation between “clever” and “novelty” or “comedy” is subjective and is sometimes a subtle distinction. While comedy songs make listeners laugh, clever songs make them smile.

“The Monster Mash” (written by Bobby Pickett and Leonard Capizzi/released in 1962 by Bobby Pickett, aka Bobby “Boris” Pickett and the Crypt-Kickers), and Ray Stevens’ 1972 hit “Gitarzan” (written by Stevens and Bill Everette) are examples of songs that cross the line to novelty or comedy songs. These songs contain punchlines, lines of lyric, and concepts that are intended to make listeners laugh.

A song can be clever by virtue of its title, such as Jimmy Buffett’s “Margaritaville” or “If You Seek Amy” (written by Savan Harish Kotecha, Max Martin, Alexander Erik Kronlund, and Johan Karl Schuster/recorded by Britney Spears).

A play on words can make a song memorable and clever. Strong examples include “Friends in Low Places” (written by Dewayne Blackwell and Earl Bud Lee/recorded by Garth Brooks) and “It Happens” (written by Jennifer Nettles, Kristian Bush, and Bobby Pinson/recorded by Sugarland).

A song might be deemed clever based on its concept. For example, the lyric in Chris Janson’s “Buy Me a Boat” (written by Janson and Chris Du Bois) states that while money can’t buy happiness, it can buy a boat, a car, a rod and reel—the things that would make him happy.

Few songs could be more clever than “Sold (the Grundy County Auction)” (written by Rich Fagan and Robert Royer/recorded by John Michael Montgomery), during which the melody approximates the cadence of an auctioneer while the lyric includes auction terminology. “The Race is On” (written by Don Rollins/recorded by George Jones, and artists including the Grateful Dead, Jack Jones, and Sawyer Brown) employs a similar technique in its chorus, with the singer seemingly announcing a horse race. The writer used terms such as “pride,” “heartaches,” “my tears,” “my heart,” “true love,” and “another’s sake” as if they were names of horses that were “coming up the backstretch,” “going to the inside,” “holding back” “scratched,” and being “out of the running.”

Country music is the genre most closely associated with clever and comedy recordings, with songs like David Frizzell’s 1982 hit “I’m Gonna Hire a Wino to Decorate Our Home” (written by Dewayne Blackwell) and Pam Tillis’s 1993 hit “Cleopatra, Queen of Denial” (recorded by Pam Tillis/written by Tillis, Jan Buckingham, and Bob DiPiero). However, songs such as Sam Smith’s “Too Good at Goodbyes” (written by Smith, Mikkel Eriksen, Tor Hermansen, and James Napier), and Taylor Swift’s “Blank Space” (written by Swift, Shellback, Max Martin) which tells a potential boyfriend that she has a blank space waiting for his name are evidence that clever songs can be successful beyond the realm of country music. Additional examples of clever songs in various genres include Katy Perry’s “Birthday” (written by Bonnie McKee, Katy Perry, Max Martin, Dr. Luke, and Henry Walter), John Prine’s self-penned “Dear Abby” and Nelly’s “Hot in Herre” (written by Nelly, Charles Brown, and Pharrell Williams)

While there are no rules when it comes to writing songs, it works best to sustain one consistent tone throughout a lyric. If you are going to write a clever song, maintain a clever tone throughout the lyric. Likewise, it does not tend to work well to insert one or two funny lines into an otherwise heartfelt lyric. Doing so pulls your listener out of the flow of the song, as demonstrated in the last line of this example:

In an effort to demonstrate how clever they are, some writers incorporate rhymes that sound contrived, as in the last line of the example below.

Using words, phrases, and rhymes that sound forced detracts from the emotion impact of songs by drawing attention to the fact that the writers consciously manufactured those lines.

The hit comedy/novelty songs referenced in this article have something in common in addition to their humor: they were hits in bygone eras. These kinds of songs are no longer in vogue and are rarely heard on mainstream radio. But songs that are clever can be found all over the current music charts. While country music tends to include more tongue-in-cheek songs and more lyrics that employ clever wordplay than other genres, successful examples of these kinds of lyrics can be found in almost every style of music, from Americanato Zydeco. So, in determining whether your lyric is “too clever,” assess whether your goal is to make listeners laugh—or to smile.