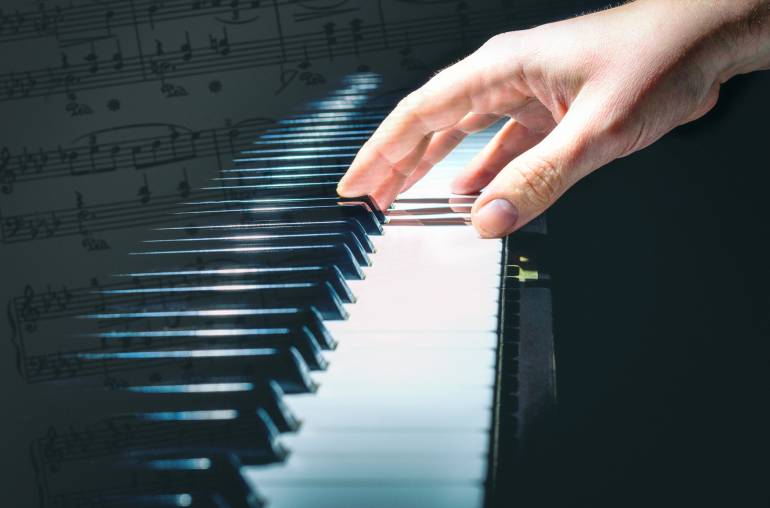 If history is any indication, one thing we can count on is that music is constantly evolving–and that includes which instruments and sounds are popular at any given time. In some instances, the invention of a new instrument changes the musical landscape. But more often, the instrumentation heard in popular songs simply reflects the musical trends of the day.

The music of the 1920s typically featured instruments associated with jazz: piano, trumpets, trombones, clarinets, saxophones, banjo, guitar, bass, and drums. These instruments remained popular, in some cases, along with full orchestral arrangements, providing the accompaniment for the hit-making crooners of the 30s, 40s, and 50s. Then rock and roll exploded on the scene, and practically overnight, orchestras and the jazz-influenced big bands were replaced by four- and five-piece bands, typically comprised of guitars, keyboards, bass and drums. While pioneering artists such as Little Richard and Jerry Lee Lewis pounded keyboards, it was electric guitars, played by artists such as Chuck Berry and Elvis that became the defining sound of that era.

The legendary pop/soul Motown sound that began in 1959 was backed by guitars, keyboards, bass and drums, often augmented by horns and strings. The British invasion of the mid-1960s cemented the electric guitar’s role as the backbone of pop and rock music, while acoustic guitars were de rigueur for folk music. By the late 1960s, progressive rock bands such as Emerson, Lake & Palmer, Yes, and Pink Floyd relied heavily on synthesizers. Synthesizers were the at the heart of the new wave music of the late ’70s into the ’80s, while disco blended synthesizers, guitars, and orchestral sounds with the throbbing beats that sent listeners to the dance floors.

The guitar stayed center stage in genres such as heavy metal, arena rock, punk rock, and grunge rock. It remains so in the rock and alternative music that crosses over to today’s pop charts. But a listen to current pop hits makes it clear that after fifty years of prominence, guitars have taken a back seat to the computer-generated and synthesizer sounds that dominate the pop charts. I’m not implying that you won’t hear guitars on today’s top-40 radio. But the predominant “instruments” are digitally-generated and synthesized sounds, reflecting the strong influence of hip-hop and EDM (electronic dance music) on today’s pop music.

It is not only the instruments themselves that reflect current trends, but the sounds of those instruments. Jason Garner (Music producer/Studio Owner/Adjunct Professor, Belmont University), pointed out that in many genres, what constitutes popular and current-sounding drum sounds changes quickly. According to Garner, “The classic 808 drum sound from Roland has been showing up in almost all genres. Its influence was heard all over rap records for decades, and now it is showing up again in both pop and country recordings.”

Garner also pointed out that you can hear the classic 808 tuned kick drum in the verses of Imagine Dragon’s #1 hit “Thunder” (written by Dan Reynolds, Wayne Sermon, Ben McKee, Daniel Platzman, Alexander Grant and Jayson DeZuzio). The 808 drum sound was also used in the crossover mega-hit “Meant To Be” (written by Bebe Rexha, Josh Miller, Tyler Hubbard and David Garcia, and recorded by Bebe Rexha, featuring Florida Georgia Line). Garner suggested listening to the second chorus of this smash hit to hear that distinctive drum sound.

When I recorded my first country demos in Nashville, back in the early 90s, the studio bands I hired were comprised of a bass player, drummer, an acoustic guitarist (who could overdub banjo parts), an electric guitarist, and a piano player who could also contribute synthesizer strings and the approximate sound of a Hammond B-3 organ. Additionally, depending on the songs I was recording, I would hire a pedal steel guitarist who could double on dobro, or a fiddle player who doubled on mandolin. Banjos, pedal steel, and fiddle instantly identified a song as “country” and one or more of these instruments could be heard on the overwhelming majority of country music hits.

But a recent listen to the top-ten songs on the country charts revealed that only one out of those ten songs included a pedal steel guitar. Three of those latest country hits included banjos, but there were no fiddles, no dobros, and no mandolins on those recordings. Guitars and keyboards provided the backbone of those Nashville hits, with synthesizers and drum machines being far more prevalent than the instruments that formerly defined country music.

Jason Garner further noted that artists such as Keith Urban continue to push the sonic envelope in country music with the use of synthesizers, as heard on Urban’s #1 country hit “Wasted Time” (written by Urban with Greg Wells and James Abrahart). Lady Antebellum pushed the envelope by adding the sound of a horn section to their country hit “You Look Good” (written by busbee, Ryan Hurd, and Hillary Lindsey).

What’s popular changes. Maybe tomorrow, accordions or tubas will rule the charts. It’s great to explore new sounds and use unexpected instruments, but if your hope is to produce music that sounds consistent with today’s hits, it’s a good idea to study today’s instrumentation.

Jason Blume is the author of 6 Steps to Songwriting Success, This Business of Songwriting, and Inside Songwriting (Billboard Books). His songs are on Grammy-nominated albums and have sold more than 50,000,000 copies. He has been a guest lecturer at the Liverpool Institute for Performing Arts (co-founded by Sir Paul McCartney) and at the Berklee School of Music. For information about his workshops, webinars, instructional audio lectures, additional articles, and more, www.jasonblume.com