Posted in MusicWorld on November 28, 2018 by Jason Blume 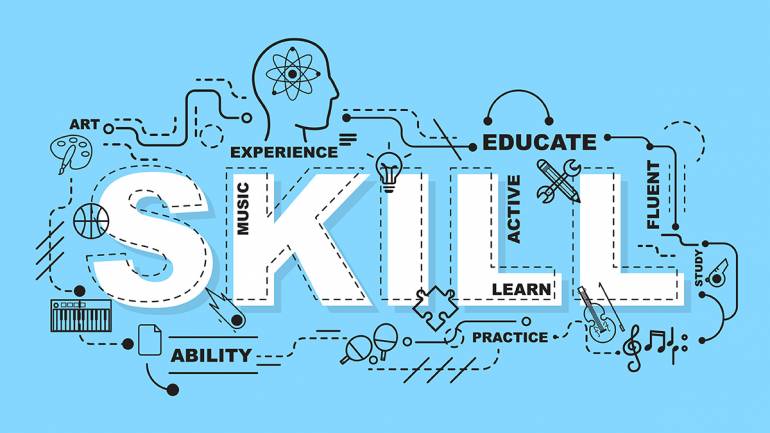 An aspiring songwriter recently asked me several intriguing questions: “What abilities do I need to write songs? Do I need to be able to read and write music? Play keyboards or guitar? Sing in tune?” He followed up by asking what additional skills he would need in order to record demos and successfully collaborate with other songwriters.

Let’s take a look at the skills that are needed–and those that are not needed–to successfully write and record songs.

Do You Need to Be Able to Play Guitar or Keyboard?

When I enrolled in my first songwriting workshop in 1980, my skills as a guitarist were nowhere near the level of my classmates. Some of them could blaze through licks and riffs that sounded like they belonged on #1 singles. I, on the other hand, was self-taught on guitar and mandolin, and able to play only the most basic chords. I had about the same odds of mastering bar chords on guitar as sprouting wings. Including “F,” “F#,” “B,” Bb,” “C#,” and other hard-to-play chords in my original songs was out of the question. I was even more limited on keyboards.

But even with only six or seven chords at my fingertips, I found I was able to compose catchy melodies. Some of the budding Keith Richards’ in my class could execute amazing guitar solos and play awesome grooves, but those skills did not necessarily translate into memorable melodies for a vocalist to sing.

I’m not implying that grooves and compelling chord progressions aren’t critical aspects of many successful compositions. Both of these talents can contribute to making a song a hit. But the ability to play an instrument–and the ability to write memorable melodies–are completely different skills.

Being proficient on keyboards or guitar can be tremendously helpful, but it is not mandatory for those who hope to compose memorable melodies. I wrote one of my most successful melodies a capella, without ever touching an instrument. I sang and recorded the melody into my phone. As long as you can record the melodies you hear in your head, you can figure out the chords later–or have someone help you to do that.

I’ve worked with hit-making track producers who compose backing tracks that include multiple elaborate keyboard parts, as well as programmed bass and drums. Several of these talented songwriter/producers were unable to play keyboards. During our writing sessions, they never touched an instrument; in fact, there wasn’t even one in the room. Their composing was done solely within their computers.

Do You Need Knowledge of Basic Song Structures and Rhyme Schemes?

The simple answer is “yes.” When I began my songwriting journey I had no idea that almost all the songs that had become part of the soundtrack of my life were constructed using verses, choruses, bridges, and sometimes, pre-choruses. (Back then post-choruses were not being used.) I was equally oblivious to the fact that most popular songs were constructed by joining those elements in quite specific ways.

Similarly, I had no clue that rhymes were typically included in prescribed places.

In a 4-line section there are two places where we typically find rhymes:

There are certainly examples of successful songs that vary from the expected forms. But it is best to learn the basics then diverge from them, if you choose, based on a creative decision–not because you were unaware that you were deviating from what listeners have come to expect. The good news is that with so few commonly used song structures and rhyme schemes, these tools can be mastered quickly.

Do You Need to Be Able to Sing in Tune?

Composers need to be able to get the vocal melodies they write out of their heads and onto a recording. With the use of auto-tune programs, vocals can easily be tuned to perfection. For those who are unable to sing in time and execute the rhythms they are hearing in their heads, a skilled recording engineer can use digital recording programs to shift vocals (and instruments) to get the rhythm just right.

Those who are simply unable to sing might plunk out their melodies on a keyboard or other instrument. Remember, your goal is not to produce a GRAMMY-worthy recording if you are a non-singer. You just need to capture the correct melody so a demo singer can learn it.

Do You Need to Be Able to Read Music?

Songwriters and composers do not need to be able to read or write musical notation. Back in the 1980s, when I was enrolled in UCLA Extension’s Film and Television Composition program, I spent countless nights hunched over music notation paper (also referred to as music manuscript paper or music staff paper) until dawn, hand-writing the parts individual instruments would play when my composition was performed. Now, with the advent of music notation software programs, we only need to play a composition on a keyboard. The computer can do the rest, generating sheet music–musical notation–that expresses what was played.

In the past twenty years, I have never been requested to provide a lead sheet, nor do I know any other songwriter who has been asked to do so. My guess is that few of the musicians who perform on my demos–and even fewer music business executives–would be able to read it. Unless it has been requested, including sheet music when submitting a demo to a music publisher, other music professional, or a record label is tantamount to stamping your submission with red ink: “AMATEUR.” It simply is not done.

However, it is necessary to provide charts that include the chords and any crucial rhythmic notation to the musicians who record your songs. If you are unable to create an accurate chord chart you will need to hire someone to do this for you. If you know your song’s chords you just need someone to put them in the form of a chord chart. In many cases a musician booked on your session will do this for you, but it is important to schedule this beforehand.

However, if you have written your song a capella and are unable to figure out the chords, you might hire someone to harmonize your vocal melody, meaning provide the chords. In these instances, it is crucial to determine upfront whether this constitutes a collaboration. To a large extent this will be determined by the genre of music and your location.

Before preparing a chord chart, ask whether your musicians prefer a standard chart that uses chords’ names (such as “C” or “Bb”) or the “Nashville Number System,” that uses numbers instead of letters.

What Skills Are Needed to Record a Demo?

In today’s world, musicians almost always create their own parts on the recordings on which they play. For example, we do not tell the bass player the exact notes we would like him or her to play. We describe the way we want it to sound and the musicians come up with their parts. So, the most important skills required to record an awesome demo are the ability to express what you want–and the ability to hire the musicians and recording engineers who can deliver the recordings you envision.

Musicians and vocalists are not mind readers and learning how to convey what we are hearing in our heads is an acquired skill that gets better with practice. The more specific we are in our descriptions, the better our chances of getting a recording that is everything we hope for and more. Telling your musicians, “I want it to sound like a hit country song,” doesn’t give them sufficient information. Country music spans the spectrum from traditional sounds of artists such as Midland and Kacey Musgraves to the pop-influenced sounds of artists such as Keith Urban and Florida Georgia Line.

It will be more effective to specify a song that approximates the instrumentation, sounds and grooves you are hoping to capture on your recording. By saying, “I want this to be in the wheelhouse of Rihanna’s ‘Bitch Better Have My Money,’ ” then playing that song, your musicians can study and emulate the sounds and musical parts that were used in that recording, while coming up with something that is distinctive and original to your song.

What Skills Are Needed to Collaborate?

There are a wide variety of skills a person might bring to a collaboration. There is room for those who write only lyrics, only melodies, those who produce backing tracks, and others. You can be a valuable collaborator if your primary skill is creating hooky instrumental licks, coming up with awesome grooves, contributing fresh unique titles, or countless other skills. One of the benefits of collaborating is that we don’t need to be able to do it all.

Obviously, it would be tough for a lyricist to complete a song if his or her cowriter also writes only lyrics. So, it’s important to ask which skills your potential co-writers will be bringing to the table, to ensure you write with collaborators who complement your abilities. If needed, you can bring in an additional writer who can contribute the elements you need.

While being able to play guitar or keyboards, and being able to sing and figure out the best chords to harmonize your melodies are all valuable tools for those hoping to write hits, they are not mandatory. Presuming you have one or more of the many skills that can contribute to a great song, the most important attributes needed for songwriting success are a positive attitude, the ability to bounce back from rejection, being the kind of person people look forward to working with, and a strong belief in your talents and abilities. These traits, plus a healthy dose of persistence and determination, might be just the tools you need.